The teenager accused of stabbing his 16-year-old girlfriend to death in a Harlem apartment over the weekend has surrendered to police, authorities said.

Zyaire Crumbley, 18, along with an attorney, turned himself in Monday afternoon in connection with the killing of Saniyah Lawrence Sunday night at her home on Adam Clayton Powell Jr. Boulevard near West 136th Street, police officers said.

Crumbley – who had six previous robberies – has been charged with murder, cops said.

After his surrender, Crumbley was taken to Harlem Hospital for chest pains, police sources said.

The arrest came hours after police released a youthful-looking mugshot of the suspected killer on the run in hopes of catching him.

“He’s out there,” Lawrence’s troubled maternal grandmother, Denise Jackson, 51, said of Crumbley on Monday, adding that she knows him and has spoken to him on the phone in the past.

“I just want them to find him,” the grieving grandma said. “His face is on the news. He’s on the run. Just find him and put him behind bars!”

Crumbley stabbed Lawrence in the neck around 5:40 p.m. Sunday, police said. She was taken to Harlem Hospital, where she was pronounced dead.

Jackson said she couldn’t begin to figure out why her young granddaughter was killed.

“Anyone who knows Saniyah would never want to hurt her because she’s not that kind of person,” the grandma said. “What was the motive?

The deadly violence happened about eight hours after Juan Carlos Cuevas, 35, a worker at a nearby supermarket, said he heard Crumbley yelling at his girlfriend inside the store.

Police sources said Monday it does not appear Crumbley had a history of domestic violence with the teenage victim, the sources said.

But a neighbor said Monday it appears trouble has been brewing between the couple for some time – at least since they moved into their first-floor flat six months ago.

The discord particularly heated up on Sunday, according to the woman, a graduate student who declined to give her name.

“It always sounded like someone was running and someone was yelling or yelling,” the neighbor said. “And there was always a lot of shouting, a lot of heavy things being thrown around. It’s just always been like that.”

“But yesterday it escalated,” she says. “In fact, it got so bad I had to go outside to get something to eat.”

“But I never knew who to stand up for in that apartment because I never saw her,” she added.

“They had a mat, like a welcome mat, that said ‘Grateful’ and I joked about it because of what was going on there every night. But it was… horrible!” she said. “I used to get woken up in the middle of the night screaming, people running, falling. There’s just very strange behavior going on all the time.” 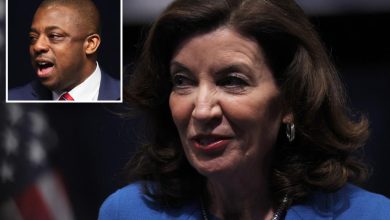 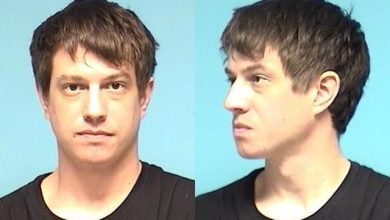 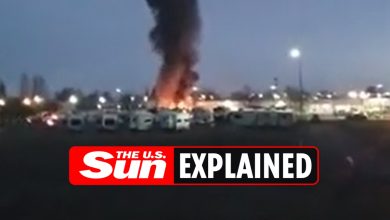 Was there a plane crash in Medford Oregon? 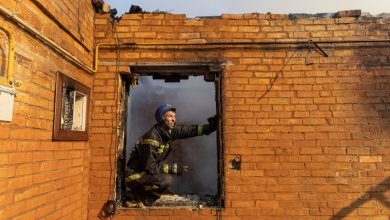