Let’s face it: The Golden Globe Awards have long been shrouded in a veil of cheap rent — even before the Hollywood Foreign Press Association’s very public accusations of financial comedy and diversity tone deafness prompted NBC to hit the pause button on last year’s telecast (the winners were announced online – with little fanfare).

That aside — and it’s a lot to digest — the HFPA got at least a lot right with their 80th Golden Globe Awards nominees by returning to NBC on Jan. 10 with first-time host Jerrod Carmichael.

“House of the Dragon” (HBO)

My recording: No arguments here, although there will be some arguing with The Crown. Season 5, which premiered on November 9, dragged on at times – particularly the episode depicting the finality of Charles and Diana’s divorce with its unnecessary and unnecessary court scenes – but overall it held the arc together into the inevitability of its sixth and final season. “Ozark” was riveting (with a problematic finale), the Game of Thrones prequel “House of the Dragon” was a smash hit so you can’t ignore that, and “Severance” was a talker.

“Only Murders in the Building” (Hulu)

My recording: I would have liked to see “What We Do in the Shadows” deserve a nod here (instead of “Only Murders in the Building”). “The Bear” was excellent and “Hacks” didn’t collapse in its second season. “Wednesday” smashes Netflix viewership records, no easy feat, and features a must-see viral video dance scene courtesy of star Jenna Ortega.

Best Performance by an Actor in a TV Series – Drama.

My recording: Bridges was great on The Old Man, even more so considering he battled cancer — and COVID — while filming the FX series. He brought Gravitas with him as a world-weary 70something former spy dragged back from the cold to play mano-a-mano with an old nemesis. For all of its five seasons, Costner has been the cornerstone of Yellowstone as one of the most-watched shows on television. It was overlooked by the Emmys; maybe that will change here. Odenkirk, surrounded by a cast of great actors, led the charge as “Better Call Saul” ended its six-year run with a finale that hit all the right notes.

Best Performance by an Actress in a TV Series – Drama.

My recording: These are mostly strong decisions. Staunton is the best Queen Elizabeth of the three actresses who played the role (Claire Foy in seasons 1-2, Olivia Colman in seasons 3-4). Linney was solid, but Rhea Seehorn (“Better Call Saul”) belongs on that list. I haven’t seen enough of “Alaska Daily” to do justice to Swank’s honesty, having critiqued the opening episodes of her ABC series. Zendaya is a phenomenon.

Best Performance by an Actor in a Television Series – Musical or Comedy.

Steve Martin, “Only Murders in the Building”

Martin Short, “Only Murders in the House”

My attitude: Hader, Glover and White are the no-brainers here, and it’s nice to see White getting well-deserved praise for “The Bear,” which came out of nowhere to grab everyone’s attention. I’d say the overrated tag goes for Short and Martin for a series that’s good but not great.

Best Performance by an Actress in a Television Series – Musical or Comedy.

Selena Gomez, “Only Murders in the House”

My attitude: Brunson and “Abbott Elementary” took home a handful of Emmys and repeated that success on Jan. 10 for a multifaceted sitcom. Smart repeated her excellence in Season 2 of “Hacks”; She was also able to repeat her Emmys success.

Best Performance by an Actor in a Limited Series, an Anthology Series, or a Movie Made for Television.

My attitude: Egerton was excellent in my opinion though, his co-star Paul Walter Hauser stealing his Black Bird thunder from him (more on that below). “Dahmer” has been over-hyped – although its popularity and (enduring) viewership are undeniable.

Best Performance by an Actress in a Limited Series, an Anthology Series, or a Movie Made for Television.

My attitude: All solid nominees. There was no way to overlook Chastain, who brought a mixture of toughness, tenderness, love, determination and vulnerability to her portrayal of Tammy Wynette opposite Michael Shannon (who is obviously Not nominated) as George Jones in the Paramount+ series.

Kudos to these nominees: Hauser as creepy serial killer Larry Hall in Black Bird (above); Domnhall Gleeson in The Patient (but where’s Steve Carell?); and Henry Winkler, who continues to shine in “Barry.”

https://nypost.com/2022/12/12/why-the-2022-golden-globe-tv-nominations-got-it-mostly-right-this-time/ Why the 2022 Golden Globe TV nominations were (mostly) right this time 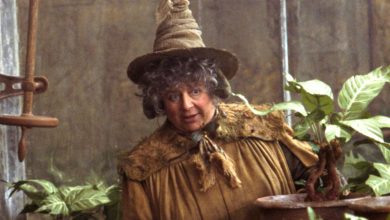 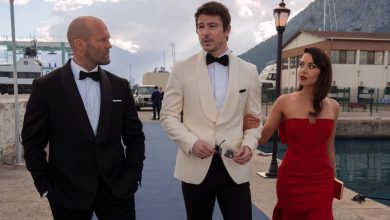 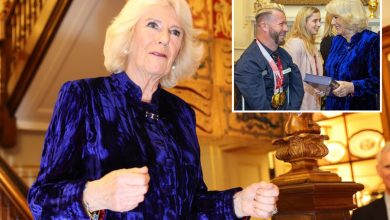 Future Queen Camilla, 74, says she enjoyed ‘great moments’ after being gifted the book by the Paralympians 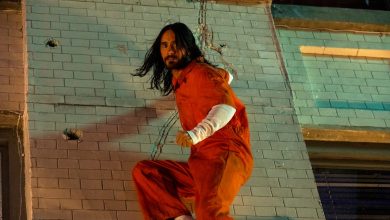 Morbius: The director says Jared Leto used a wheelchair for bathroom breaks to stay in character