US officials have so far barred Vladimir Putin’s alleged longtime lover, ex-Olympic gymnast Alina Kabaeva, from several rounds of sanctions following the invasion of Ukraine – a decision reportedly made out of fear of negotiating efforts to end the war.

The 69-year-old Russian president has never publicly addressed his relationship with Kabaeva, a 39-year-old former Russian Vogue cover model, and both the Kremlin and Kabaeva herself have denied they are linked.

But the FBI believes that Kabaeva, who has been rumored to have a love affair with Putin for many years, is the mother of at least three of the Russian leader’s children, who have not been disclosed to the public.

Treasury officials have gone so far as to prepare a package of sanctions against Kabaeva – who is believed to be involved in Kremlin efforts to hide the true extent of Putin’s wealth and international assets Wall Street Journal reports, citing US officials with knowledge of the matter.

However, the National Security Council lifted the sanctions shortly before they were announced, the outlet said.

While Kabaeva has been accused of hiding Putin’s assets abroad, few details about her alleged activities are publicly known. It is rumored that she lives in Switzerland. March, Page Six reports that Kabaeva was hiding in Switzerland with her and Putin’s four young children.

“As Putin carries out his assault on Ukraine, attacking innocent citizens and fomenting a refugee crisis, his family is hiding out in a very private and very secure chalet somewhere in Switzerland — at least for now,” a source told Page Six.

Kabaeva was a well-known rhythmic gymnast in her sporting heyday – she won two Olympic medals, including gold at the 2004 Games in Athens, Greece. Known for her contortionist skills in performances, she was once dubbed “Russia’s most flexible woman”.

Also her gymnastics career contain some controversy. In 2002, Kabaeva was banned from competing for a year and had some medals revoked after testing positive for a banned substance.

Kabaeva’s ties to Putin first surfaced in 2008, when the Russian newspaper Moskovsky Korrespondent reported that Putin had divorced his wife and was engaged to the ex-gymnast. The newspaper was later closed.

Putin slammed rumors about his alleged relationship with Kabaeva.

Officials fear sanctions against Putin’s mysterious mistress could further escalate tensions between the US and Russia during a war in which Russian forces are already accused of widespread human rights abuses and hurt efforts to bring peace in Ukraine.

While the sanctions have been filed for now, the Biden administration has not completely ruled out their future implementation.

“We have prepared sanctions against a number of individuals who have not yet been sanctioned, and we continue to consider when to impose those sanctions for maximum impact,” a US official told the Wall Street Journal.

The Treasury Department and State Department did not immediately respond to requests for comment.

The Biden administration has stopped targeting Kabaeva, despite imposing penalties on several people with close ties to the Kremlin – including Putin’s daughters Maria Vorontsova and Katerina Tikhonova. In announcing these sanctions, the White House described the couple as Putin’s “adult children.”

The White House has also sanctioned the family members of other prominent Russians close to Putin, including the wife and daughter of Kremlin spokesman Dmitriy Peskov.

Kabaeva has kept a low profile since the Russian invasion of Ukraine began. although she reappeared during a recent event for Russia’s National Junior Rhythmic Gymnastics Tournament in Moscow.

Eric Adams insists he has "no restraint" on releasing tax returns 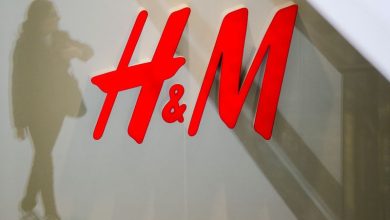 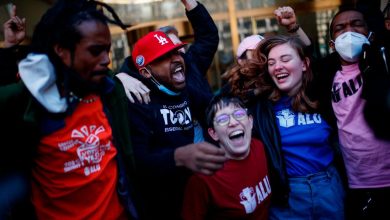 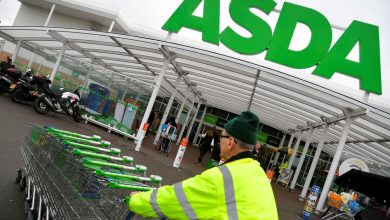 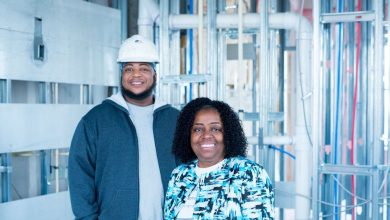