New Yorkers will head to the polls Tuesday to vote in the primary contests for governor, lieutenant governor and state Assembly.

In the Democratic gubernatorial primary, Gov. Kathy Hochul will attempt to fend off a pair of challengers to earn a full term in office – Public Advocate Jumaane Williams and Rep. Tom Suozzi (D-Nassau).

On the other side of the aisle, Rep. Lee Zeldin (D-Suffolk), former White House staffer Andrew Giuliani, businessman Harry Wilson, and former Westchester County Executive Rob Astorino will compete in what has shaped up to be a “free-for-all” contest for the GOP nomination.

Republicans are hoping to win their first statewide election in two decades, in a year when historical trends and low poll numbers for President Biden might diminish Democrats’ down-ballot prospects.

Hochul has weathered setbacks in recent months, including the April resignation of former Lt. Gov. Brian Benjamin following his arrest and indictment in an alleged campaign finance scam.

She is now running alongside her new No. 2 – Lt. Gov. Antonio Delgado – a former member of Congress who is also running for a full, four-year term in office.

Down the ballot, in state Assembly contests, left-leaning insurgents are attempting to oust several incumbent lawmakers, as progressives and socialists duke it out with more moderate Democrats for control of Albany’s lower legislative chamber.

State Attorney Letitia James and state Comptroller Thomas DiNapoli are running unopposed in the Democratic Primary and will automatically advance to the general election as the party nominees.

Primaries for the state Senate and Congress will occur on Aug. 23 after the state’s highest court tossed maps previously approved by Democrats.

Some of the ballots in the June primaries were already cast before Tuesday and if the early voting turnout is any indication polling sites could be quiet on Tuesday.

Just 87,000 Big Apple residents made use of early voting from June 18 through Sunday, according to the city Board of Elections. That figure represents 2% of all eligible voters.

Political operative Neal Kwatra, founder of Metropolitan Public Strategies, told The Post he will be watching for how well Hochul performs downstate, which would affect “her ability to show strength and cut off outside NY money to the GOP nominee” ahead of the November general election.

For Republicans, Kwatra will be keeping an eye on whether Zeldin, the presumptive front-runner, “wins handily or it’s a scrum.”

“If he doesn’t show a lot of strength and Kathy does, that will set  … the table for Fall,” said Kwatra. “With Roe [v. Wade] back in news motivating Democrats, this is no longer gonna be only an inflation and public safety election.”

Political consultant Jake Dilemani of Mercury Public affairs said he’s looking to see on the Democratic side whether “leftist candidates win their primaries as a reaction to voter frustration with the Trump court and Roe v Wade.”

“Trump backlash is what contributed to lefty wins in the aftermath of 2016,” he explained. “Also, does turnout for Democrats increase beyond estimates campaigns have been working with because of increased Dem enthusiasm?”

But Dilemani also cautioned that “high enthusiasm” among Democrats “does not necessarily mean” that establishment-aligned candidates will be successful in down-ballot races.

Larry Levy, executive dean of Hofstra University’s National Center for Suburban Studies, said beyond who wins the contests, he will be “looking at turn out as a possible indicator of voter energy in both parties.”

“Are Democrats energized by recent events?” he wondered.

Gov. Kathy Hochul took office in late August 2021, weeks after disgraced ex-Gov. Andrew Cuomo announced he was stepping down amid several sexual-harassment allegations and other scandals. Two days after Cuomo’s resignation address — and before she was sworn in as New York’s first woman governor — she confirmed that she would run for a full term in office.

In the fall, three challengers threw their hats in the ring in the governor’s race, though voters will only have two to choose from.

James, whose monumental probe on alleged sexual misconduct delivered the death knell to Cuomo’s reign, jumped in the governor’s race in late October. As a black woman with broad appeal in New York City and recent success in city and statewide elections, observers expected her to be Hochul’s toughest opponent.

But in December, she dropped out to seek re-election as the state’s top law-enforcement official amid lackluster fund-raising efforts.

Following James, city Public Advocate Jumaane Williams — who lost the 2018 Democratic primary for lieutenant governor against her by a narrow margin — announced his bid for the state’s highest office.

Though he has not been active on the campaign trail in part due to personal matters, the left-wing former city councilman has during his run voiced an anti-establishment message — claiming Hochul is too cozy with real estate and wealthy donors and has maintained businesses as usual in Albany, as he touted his own progressive bona fides.

Rep. Tom Suozzi — a moderate Democrat who served as Nassau County executive — revealed later that month he would also try to oust Hochul. His tough-on-crime campaign has been centered on rolling back bail reform and enacting a “dangerousness” standard for defendants, while on the debate stage and in advertisements taking aim at Hochul for the National Rifle Association’s decade-old approval of her when she served in Congress.

He has also openly courted Cuomo, whose hypothetical endorsement he indicated he would accept, and Mayor Eric Adams, who said he offered Suozzi a job as deputy mayor in his administration.

Adams didn’t endorse Hochul until late in the game, on June 15.

Despite ongoing frustration over crime and progressive pre-trial policies as well as the lasting effects of the COVID-19 pandemic on the economy, neither insurgent campaign has gained traction.

The governor has for months led every poll of the primary, while bringing in more campaign cash than Suozzi and Williams.

One recent survey showed Hochul with a 40-point advantage over Suozzi and an even larger one over Williams.

The Republican gubernatorial primary remains up in the air, as Election Day approaches.

Rep. Lee Zeldin (R-Suffolk) holds an edge when assessing the race with conventional measures such as fundraising, endorsements and publicly released polling, though Andrew Giuliani has led in some surveys.

“Who will win the Republican Primary for Governor? Lee Zeldin is the overwhelming choice of the Republican establishment so if the winner is anyone aside from Zeldin, or even if it’s close, it’s a sign that there are serious internal divisions in the Republican Party,” political consultant Evan Stavisky said Monday.

But any of his three rivals – Giuliani, Harry Wilson and Rob Astorino – could pull off an upset once all the votes are counted.

A victory for Giuliani, son of former Big Apple Mayor Rudy Giuliani, would underscore the value of name recognition in the GOP primary, while a win for Wilson, who is self-funding his campaign, would demonstrate the value of spending millions on TV advertisements.

Former President Donald Trump, who has strong ties to both Zeldin and Giuliani, has not made an endorsement.

Astorino, the 2014 Republican nominee for governor, has leveraged his experience in state politics to attract media attention while securing most of the party establishment backing that Zeldin did not receive.

The winner of the Republican primary will run alongside former NYPD Deputy Inspector Alison Esposito as a joint ticket in the general election.

Lt. Gov. Antonio Delgado will likely face a closer challenge to his post than will his boss.

Reyna is running on a ticket with Suozzi, while Williams tapped Archilla as his running mate.

Delgado — who represented parts of the Catskills and Hudson Valley in Congress before being sworn in on May 25 — recently attempted to swat away attacks from the pair of challengers during a debate. He has faced scrutiny over a super PAC funded by cryptocurrency interests and describing himself as Afro-Latino.

Keep up with today’s most important news

Stay up on the very latest with Evening Update.

Four Democratic primaries for Assembly will test the power of left-wing insurgents against the Democratic Party establishment’s preferred contenders.

Olivares, Allenye and Shrestha also received endorsements from the local chapter of the Democratic Socialists of America.

The four races are part of a broader struggle between Democratic incumbents and their critics.

In Queens, for example, longtime Assemblywoman Vivian Cook — who on Saturday received a last-minute campaign cash infusion from Cuomo’s coffers — is facing a challenge by WFP-supported district leader Anthony Andrews.

The left has in recent years faced an onslaught of attacks from groups and politicians who claim they represent a version of Democratic politics that is out of step with the more moderate longtime base of the party, particularly work- and middle-class non-whites.

But groups like the WFP say they are mobilizing their supporters to get their own progressive message to voters to pull off a string of upsets on Election Day.

“We know that we’re going to be generally outspent so we have to start earlier, work harder and work smarter and we have a field strategy as opposed to kind of like a top down spend in the last two weeks – the blitz that they like to do,” Nina Luo, deputy political director for the WFP, previously told the Post.

https://nypost.com/2022/06/27/who-is-running-on-the-new-york-primary-ballot-tuesday/ Who is running on the New York primary ballot Tuesday

At least 46 bodies found in 18-Rad in San Antonio 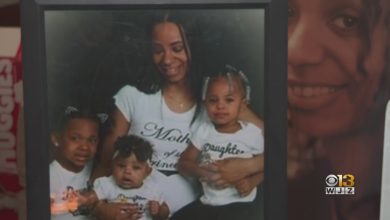 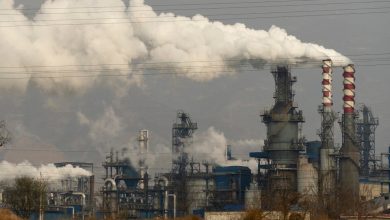 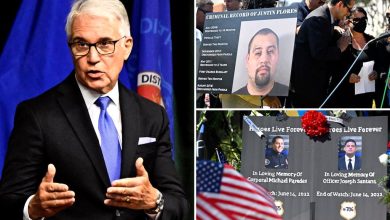 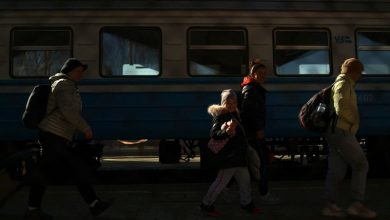