We’ve reached quarter point in the MLB season when every team (excluding the Guardians) has played at least 40 games of their 162-game slate. The sample is now more than large enough to use the underlying numbers to draw meaningful conclusions about all 30 baseball teams.

Here are observations on all five teams in the American League East:

The Yankees have won 70.7 percent of their games at this point in the season, for a 115-win pace. That record would be a game better than the franchise record set by the Yanks in 1998 with 114 wins. No preseason projection system has had her higher than 97 wins and there are some cracks in the bullpen with Chad Green’s injury and Aroldis Chapman’s departure and overall effectiveness.

As impressive as the depth of pitching was, the lineup is first in baseball in the following categories: barrel rate, hard-hit rate, xwOBA and xBA. They won’t be playing 115-wins all year, and given the rotation’s injury history, I’d expect pitching regression or potential injuries to test the depth of the Yankees staff in the coming weeks.

Baseball is always a game to game sport when it comes to betting, but people are going to lose money trying to bet on the Yankees now if they just hop on the bandwagon now. The market has recently overvalued them.

The Rays are going to be one of the better buy lows out there this season and we’re almost there. Injuries to Shane Baz and Luis Patino have tested the depth of the Rays’ staff and, as usual, Tampa Bay found other excellent weapons to fill the void.

Patino and Baz will be back sometime this summer, but the development of Shane McClanahan as a legitimate ace and Drew Rasmussen as an elite five-and-dive guy increases Tampa Bay’s potential this season.

McClanahan throws his slider less and uses his changeup and curveball more. He’s lowered his walk rate and increased his strikeout rate by almost 10 percent. McClanahan is now an ace with a 2.44 xERA and a real shot at AL Cy Young. Be sure to shop cheap in Tampa Bay soon.

The Jays’ batters are chasing far too many pitches outside of the strike zone, and until that changes, it’s hard to see this offense completely reverse it.

The loss of Marcus Semien and Randal Grichuk was perhaps more than we thought pre-season. Pitching is as good as announced, while underlying numbers from Teoscar Hernandez and Bo Bichette suggest they’re in for a good batting streak. The lineup lacks depth, however, and Vlad Guerrero Jr. appears to have stepped back a small enough step to limit the Jays’ true explosiveness.

Only for new users aged 21+. Only available in IA, AZ. Full T&Cs apply.

Get a $250 First Deposit Match

Toronto is playing 26-13-2 this season against the Unders, the third-biggest Unders team of the 2022 season.

Boston, and mainly Trevor Story, has finally shown some signs of life offensively. The Red Sox defeated the Mariners in a four-game streak and Story is now an above-average hitter with 112 OPS+.

If you compare xwOBA and wOBA, only six teams were less fortunate with the quality of their contact than the Red Sox. Boston has been chasing less in recent weeks — in out-of-zone spots they’ve dropped to fourth in the pursuit rate. But the Red Sox still rank 10th-worst in May for swing rate, chase rate, and swinging strike rate.

All of this will keep them from being the elite unit they need to be to overcome their lack of pitching depth.

The left-field fence in Baltimore was pushed back this season and wreaked havoc on the Orioles’ right-handed bats. Baltimore’s righties have a 90 wRC+ and a .101 ISO at home this season, along with a .240/.313/.341 slash line.

Last season, the righties from Baltimore had a 98 wRC+ and a .181 ISO at home. The SLG was also almost 100 points higher. One of my favorite places to support the Orioles last year was at home against lefties as a big underdog. However, the impact of the various home parks has reduced much of the performance of an already poor lineup.

https://nypost.com/2022/05/24/al-east-betting-tips-what-we-learned-from-first-quarter-of-mlb-season/ What we learned from the first quarter of the MLB season

Gasoline Prices: The Bay Area gas station is charging nearly $8 a gallon ahead of the holiday weekend 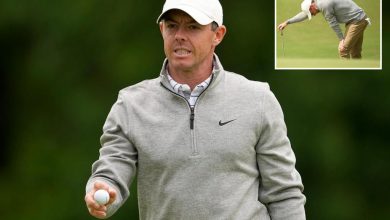 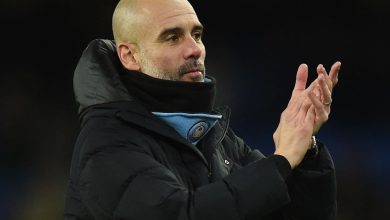 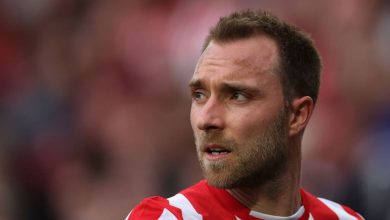