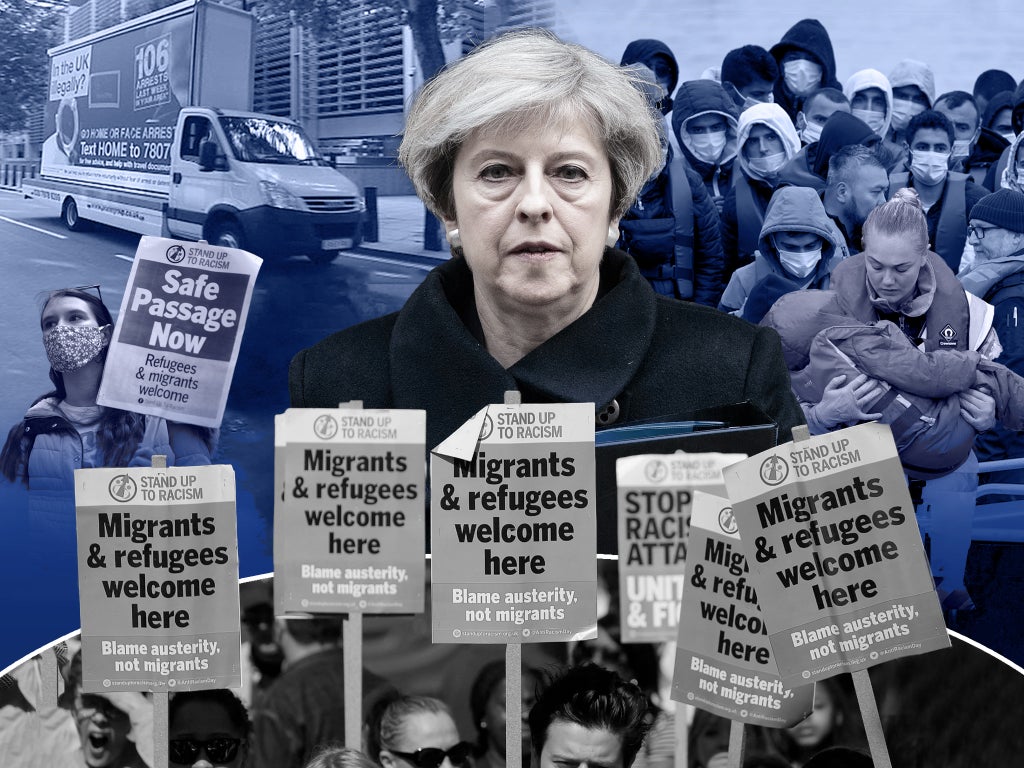 It was on May 25, 2012 that in an interview with the daily telegraph, Theresa May said her aim as Home Secretary was “to create a really hostile environment for illegal migration here in the UK”. In the decade since, under Ms May and her successors – Amber Rudd, Sajid Javid and Priti Patel – those two words, hostile environment, have been linked to a range of aggressive measures affecting not only undocumented migrants but the right as well concerned living and working in the UK.

The following year, vans with “go home” signs roamed the streets, scaring many people. Policies designed to deny access to employment, housing, health care, bank accounts and more without proper documentation have had devastating consequences for many, including victims of the Windrush scandal.

The political crisis, made possible by hostile environmental policies, saw thousands of mostly black people stripped of the right to live and work in Britain after being wrongly branded as illegal migrants. Many victims are still awaiting compensation.

Celebrating the 10th anniversary of the term’s first use The Independent has spoken to those affected about what it is like to live under this shadow of fear cast by Britain’s hostile environment.

“My world was rocked by this fight with the Home Office”

Junior*, 46, has lived in the UK for 22 years – most of that time undocumented. Originally from Ghana, Junior came to the UK to join his family – and help look after his sister’s children in London – but the government didn’t extend his residency permit, leaving him undocumented and insecure in 2011.

“Life has been terrible for a long time. I’ve been homeless for over a year now. Where I live there are other people who have a variety of problems,” said the father of three The Independent.

“I have struggled with depression and anxiety, with the onset of migraines affecting my ability to do everything at times.

“I thought about suicide. Sometimes I’ve felt so down that I don’t care and can’t see a better alternative.”

The unemployed Junior could only make ends meet with occasional help from his friends and family; before that he survived between odd jobs and barge work on construction sites that came to a standstill during the Covid-19 pandemic.

Junior has children aged 16, 12 and 10 who are being cared for in the absence of their British-born mother. His lack of status means he couldn’t raise her himself.

“I’m in touch with my kids and it’s not the right environment to bring young people there, even though the facility allows a couple of hours for visitors,” Junior said. “I don’t want to expose her to this atmosphere and my difficulties – so that means the only time we can spend together is outside.”

Over the years he has lived with constant fear of immigration attacks; At one point he slept outdoors in the back of a supermarket in Sainsburys.

Junior has tried to gain proper status at various positions, but applications have failed. He was finally granted a residence permit in November 2020, but is now considered a “temporary” migrant with a temporary residence permit.

This means that he must renew his visa every 2.5 years before he can be granted permanent UK residency or apply for citizenship. By that time he will be in his early fifties and will have lived in the UK for more than half his life.

Despite his adversities, Junior was able to find a sense of hope through his volunteer role as church leader and his service to others, he says.

He is currently sleeping in a support shelter with nine other people who have various complex needs and has started a Health and Social Care Diploma while also volunteering at a charity shop.

“I’ll be honest: faith wasn’t something I thought about when I was at rock bottom because while my world was rocked by this fight with the Home Office, I sometimes thought that God should be able to solve things directly away,” he said.

“But I told myself that it’s good to help society because we all go through some form of hardship – I just hope I can get up sooner, have custody of my kids and build a better life.” later.

“The UK government should end hostile environmental policies and do more to help people in situations like mine. We are human too.”

“I couldn’t get any help”

Faith* is currently undocumented, having arrived in the UK from Ghana 18 years ago. She survived nearly two decades doing barge work that included cleaning and maintenance work.

The 54-year-old currently lives with a friend in east London, who she is “grateful” for her generosity, but says living with uncertainty has taken a toll on her mental health.

Before Covid-19 she had worked as a cleaner and accepted cash wages but lost that job due to the pandemic and has struggled to find work ever since.

Faith says she has many health issues but hasn’t seen a GP in 10 years because doctors wrongly told her she wasn’t eligible to register when she first arrived.

“My health has really suffered over the years and I couldn’t get any help from the doctors even though I really needed it,” Faith said.

“It was difficult to deal with. Every day I was unsure where I would lay my head at night or where my next meal would come from. It made me depressed – politics and how it has affected my life made me feel like a non-human being, like I didn’t matter.”

The Joint Council for the Welfare of Immigrants (JCWI) provided her with supermarket vouchers for much of the lockdown, and she also received support from her church.

“To get through the day, I have to believe that God will prepare a way for me,” Faith said.

“I’ve been through a lot with very little support from anyone, least of all the government.

“Sometimes friends have helped me, but you can’t always rely on others. I came to the UK to work hard and build a better life here. Ghana is extremely tough.”

Faith is currently being represented on a volunteer basis by a lawyer who has applied to the Home Office for a residency permit in hopes she can end nearly two decades of uncertainty.

Glenda Caesar is one of thousands of Commonwealth citizens wrongly labeled as illegal immigrants by the Windrush scandal. For 10 years she was deprived of the right to work and claim benefits in this country.

However, the 61-year-old said she felt betrayed again by the Department for Works and Pensions after it suspended her universal loan payments and told her to send selfies to her front door to prove her eligibility and British citizenship.

Dominica-born Glenda, who was legally brought to the UK when she was three months old in 1961, received a call last week from a DWP staffer asking her if she lived in the UK and telling her to prove it.

A week later, the resident of Hackney told The Independent that despite several meetings, phone calls and media coverage, payments have still not been recovered.

“I am angry. I just don’t understand this bullying tactic,” she said The Independent.

“If they racially profile us to find out if we have the right to be in this country, then there is something seriously wrong with this country.

“Even though I’m British, I don’t feel like I belong in England; I grew up here and have been here all my life.”

“A Hell of Limbo”

While the government recognized the mistakes of the Windrush scandal, the Home Office continues to implement tactics synonymous with the “hostile environment” plan, from the Nationality and Borders Bill to proposals to deport migrants to Rwanda.

The Home Office said it is committed to an immigration system that is “fair but firm” and fully compliant with the law, through an approach that is “continuously reviewed”.

But Paola Uccellari of the JCWI told it The Independent that the rules, set as part of the hostile environment, “shoved people into a hellish state of legal limbo, fear and debt”.

She said: “Many of our clients have lived here for years and even decades, but the Home Office makes these people – often black and brown from the former British colonies – feel like they don’t belong. It is time this government moved past a dangerous and racist-hostile environment that deprives people of their rights – we need migration rules that allow people to live a decent, settled life here without fear.”

Activist Patrick Vernon described the hostile environment as a “public health disaster” given the thousands of people affected by these policies and the resulting trauma of varying degrees.

“Hundreds of thousands, if not millions, of people affected by these policies have experienced various types of trauma, from post-traumatic stress disorder and impact on family life to fear of losing their livelihood and the threat of deportation,” he said The Independent.

“It’s also had an impact on people’s minds and bodies.”

“The government may argue that these policies were necessary to reduce net migration and underscore the fact that Britain is a fortress,” the activist continued.

“But in fact the policy has had a direct impact on people who are British citizens, namely the Windrush generation, and migrant communities who are willing to work hard to contribute to Britain and yet still face stigma.

“This will be a stain and a legacy as we consider the history and annals of 21st century Britain in the future.”

*Names have been changed to protect individuals’ identities

https://www.independent.co.uk/news/uk/home-news/theresa-may-windrush-migrants-hostile-environment-b2086746.html “We Are Human Too”: How a Decade of Hostile Environments Tore Apart Lives 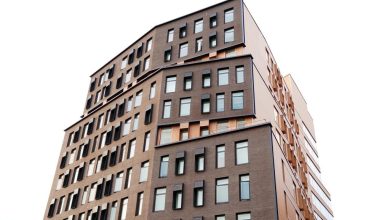 Staff shortage at HPD in NYC leads to affordable housing 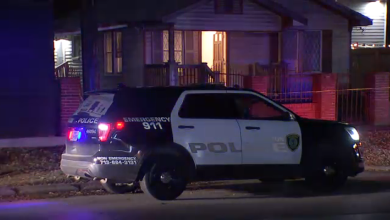 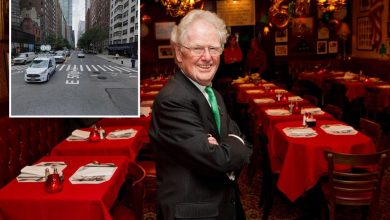 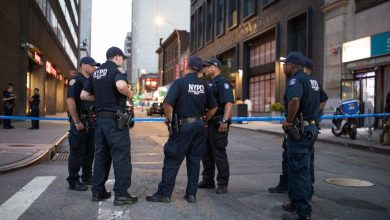