THE elite paratrooper son of Vladimir Putin’s KBG pal has died after being ‘shot by artillery’ in the bloody Ukraine war.

Georgy Dudorov, 23, “was performing a combat mission” when he was killed by Ukrainian defender acc Russian accounts.

His father, KGB-trained Alexander Dudorov, had been chosen by Putin to build the Sochi circuit for the Formula 1 Grand Prix ahead of the first race in 2014, reports said.

The 49-year-old’s work was considered of high quality and the ultra-loyalist was transferred from the private sector to take on a rapid succession of public jobs as he was groomed for rapid advancement by the President.

Alexander is currently Deputy Governor of the sprawling Nenets Autonomous Okrug in northern Russia, a key oil and gas region, where he is responsible for maintaining law and order.

He was put up for another promotion after impressing Putin. 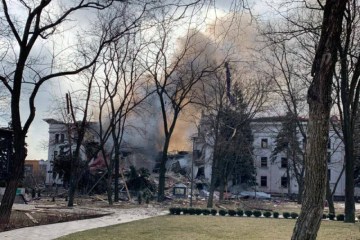 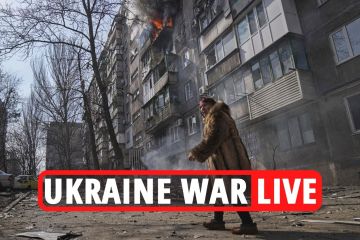 Alexander’s killed paratrooper son Georgy was “deputy commander of the reconnaissance company for military-political work of the 137th regiment of the 106th Tula Guards Airborne Division,” according to a statement by the Russian investigative committee, which described his death as “tragic.”

He had been a graduate of the Committee’s Corps of Cadets.

“It is known that on March 6 a convoy of his company was fired upon by artillery from the Ukrainian nationalist detachments. Georgy was mortally wounded,” read a statement.

Another report read: “Face to face with danger, he honorably performed his military duty to the fatherland and received mortal wounds.”

Alexander was a graduate of the KGB’s Red Banner School at the end of the Soviet era and after graduating is said to have served in the FSB security service – one headed by Putin.

He is a member of the leading pro-Putin party, United Russia.

It comes after a fourth Russian general was killed said the Ukrainian authorities.

Major General Oleg Mityaev, 47, died in the storming of Mariupol along with seven members of an elite SWAT team in a new strike against Putin’s invasion of Ukraine.

Ukraine’s Interior Ministry adviser Anton Gerashchenko released a picture of the body of the decorated military officer, a father of two.

The commander of the 150th Motorized Rifle Division is the fourth Russian general to die in the war, according to Kyiv.

Meanwhile, Joe Biden has branded Putin a “war criminal” as he unveiled a new £600m aid package for Ukraine – including armed drones.

The sharp rebuke of the US President followed Ukrainian leader Volodymyr Zelenskyy desperately asked the US Congress for help in the fight of Russia invading army.

Biden promised: “We will give Ukraine the weapons to fight and defend itself in all the difficult days that lie ahead.”

And referring to Putin, he told reporters, “I think he’s a war criminal.”

The Kremlin hit back and condemned Bidens Comment as “unacceptable rhetoric”.

Kremlin spokesman Dmitry Peskov said: “We consider such rhetoric of the head of state, whose bombs have killed hundreds of thousands of people around the world, to be unacceptable and unforgivable.”

https://www.thesun.co.uk/news/17975972/vladimir-putins-kgb-pal-elite-paratrooper-son-shot/ Vladimir Putin’s KGB pal loses the son of an elite paratrooper after he was shot dead by artillery during a combat operation in Ukraine 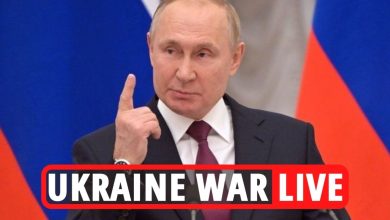 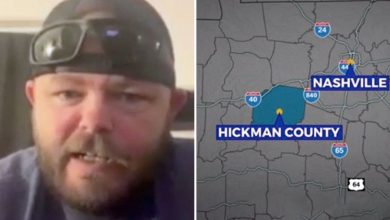 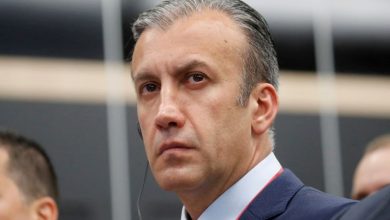 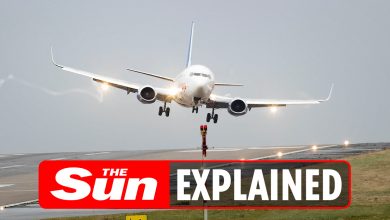