A simple five bedroom home listed for $800,000 in the outskirts of Washington, DC is now under contract. But it’s not a happy day for his seller.

The Fairfax, Virginia listing states that only cash offers are being accepted and that there is “NO ACCESS to the basement of the home” and it is being sold “as is”.

But it was the next line that sparked viral curiosity.

There will be a “confirmation,” the listing said, “that [the] House is transferred with a living person(s). [on the] lower level with no lease.”

That can only mean one thing: squatters.

Of course, the internet has gone wild.

“800,000 for 5 bd, 4 ba and your own serial killer,” one user commented on Instagram after the listing made its way to the popular Zillow Gone Wild account, which garnered about 34,000 likes.

“It’s like you buy a house and get a person for free,” one person quipped.

But the real story isn’t quite what it seems.

Zinta Rodger-Rickert, listing agent at RE/MAX Gateway, told the Post this was a case of a squatter refusing to leave — and taking advantage of an elderly, sick man.

“Three years ago, a woman was cleaning the senior owner’s home and she convinced him she needed a place to stay,” Rodger-Rickert said. “So he offered her the basement but she never went. And she doesn’t pay rent.”

“It’s essentially a person taking advantage of a senior who is ill and currently in the hospital. He’ll probably end up in hospice,” Rodger-Rickert added.

Burke, now 79, has no will, Rodger-Rickert told the Post that his family hopes to sell the home before he dies. (They don’t have the funds to hire a lawyer to evict the squatter.)

Virginia law states that it is illegal to shut down a utility or deny its access until a proper court order is obtained.

“We hope that the next owner will want to look into this process,” added Rodger-Rickert.

The identity of the squatter is not yet known. But it looks like she’s going to court.

Rodger-Rickert confirmed to The Post that the house was signed on Tuesday – just three days after it was on the market, explaining it was expected due to high demand in the market and location.

“Large kitchen with door to deck area – renovated years ago with 42″ cabinets, vinyl flooring and Formica countertops,” the listing reads, adding that the original windows are “a bit… rotten” and that the sliding door in the family room would need a replacement.

“Terrace supports appear to be in good condition, not conforming to today’s regulations, and the top decking is in poor condition,” adds the listing.

The basement is walkable and has a bedroom, a full bathroom, a storage room and a living area.

It is estimated that it would cost at least $25,000 to repair the home, including “replacing all three toilets,” the listing adds. “Home is livable but needs some TLC.”

Not to mention an exorcism.

'Danger!' gets a new boss after the Mike Richards scandal 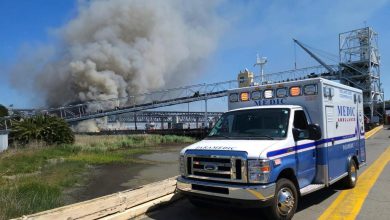 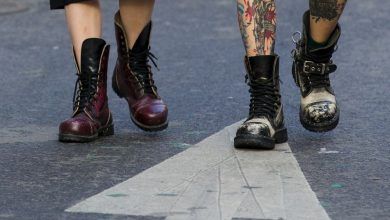 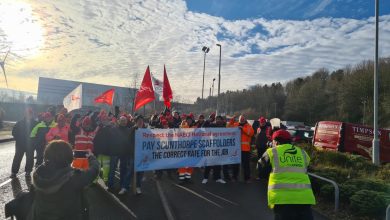 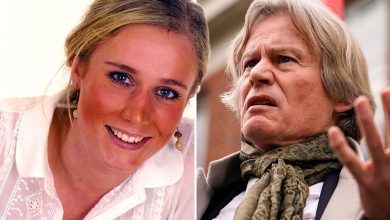 My daughter was murdered after one night