Harrowing video has surfaced of a California DUI suspect dying after screaming “I can’t breathe!” while being held down by police officers – less than two months before George Floyd said the same powerful words to Minneapolis police.

Edward Bronstein, 38, was arrested on suspicion of driving under the influence of California Highway Patrol Officer Dusty Osmanson after a traffic delay on Freeway 5 on March 31. The Los Angeles Times reported.

The suspect was taken to Altadena CHP station, where officers attempted to forcefully draw his blood to measure his alcohol levels, but he reportedly refused.

The 16-minute video, captured by a sergeant, shows Bronstein kneeling on the floor as an officer presses his hands on his shoulders while another officer, who is not on camera, orders him to perform a court order comply with the ordered blood collection.

“They bring the fight here, not us,” says one of the police officers.

“I don’t bring the fight at all,” Bronstein replies.

An officer then warns him that if he refuses, “You go face down on the mat — and we’ll move on.”

After being pinned to the ground, Bronstein yells, “I will do it willingly! I do it voluntarily!”

Several other officers hold him with their bodies as he screams in desperation – before finally saying, “I can’t breathe!”

After Bronstein stops moving, another minute passes before officers realize he is unresponsive and attempt to revive him. As he lies face down, one of them hits him on the head before eventually turning him over.

An officer then asks for CPR – but after Bronstein’s final screams, it’s more than 11 minutes before they start administering it.

Bronstein’s family has filed a federal lawsuit alleging excessive use of force and a civil rights violation against nine officers and one sergeant. The family is also demanding that the LA District Attorney indict the police.

The coroner’s office attributed Bronstein’s death to “acute methamphetamine intoxication during law enforcement withholding,” though it declared the cause “undetermined,” according to the newspaper.

The chilling video was released Tuesday after a federal judge ordered it released.

“Thank God the judge agreed with us and that’s why you can see this video now… It’s awful, but it’s the only way his family can get some justice,” he added.

CHP officials declined to comment to the LA Times on the case, citing the pending litigation.

Carrillo said the video wasn’t part of standard protocol for the CHP, whose officers don’t wear body cameras, though the agency’s cars do have dashcams.

“I suspect they filmed that for training purposes and then later realized they had to reveal its existence,” he told the newspaper.

Michael Carrillo, who represents the Bronstein family along with his father, said when police heard Bronstein say, “I can’t breathe,” they should have stopped.

“Not a single officer took the action to pull the others off him, pull him aside, do anything to give him air,” he told the LA Times. “When they finally turn him over, he’s lifeless.”

The family say Bronstein was afraid of needles and believe that was why he was initially reluctant to obey officers when they tried to draw blood from him.

“Nobody deserves to die like this. He was treated like garbage, like he didn’t deserve his life,” his daughter Brianna Palomino said during a news conference announcing the release of the footage, the LA Times reported.

His death came two months before that of Floyd, who was killed in May 2020 by a Minneapolis police officer who knelt on his neck and compressed his airway.

“When the nation was in an uproar over the tragedy of George Floyd, we had no idea that the same had happened to Mr. Bronstein,” Luis Carrillo said.

The law aimed to expand the state’s ban on chokeholds following Floyd’s murder.

https://nypost.com/2022/03/17/video-shows-death-of-california-man-while-held-down-by-cops/ Video shows a California man’s death while being held down by police officers 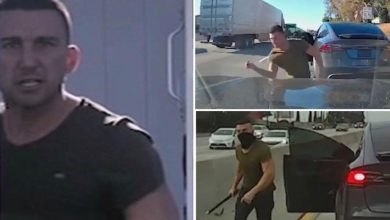 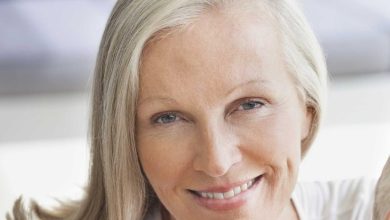 Millions of women suffer from menopausal symptoms without realizing the cause, according to a survey 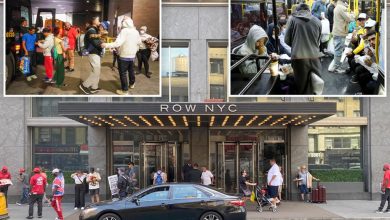 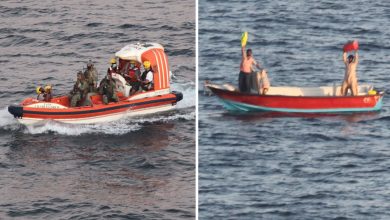