When Vanessa Williams takes the stage to kick off a six-night stand at Manhattan cabaret club 54 Below on Tuesday night, she’ll have the sweetest revenge.

Years before she became a Grammy, Tony and Emmy nominee, an underage Williams was turned away from the very same place where she was dressed up to boogie upstairs at the legendary Studio 54 disco.

“I tried to come in once and was refused,” Williams, 59, told The Post. “It must have been probably 1979, and I was in high school. I went with my then-boyfriend, Joe, wearing a chocolate brown satin jumpsuit. We waited and waited, didn’t get picked up, turned around and drove back to Westchester.”

Now, however, the New York native is the one who’s pulling other people past on the velvet rope to see her perform hits like her #1 single “Save the Best for Last”, Broadway show tunes and, of course, some Christmas songs.

Williams looks forward to getting festive with fans in such an intimate setting. “It’s so close to the audience … it’s like being in a living room during the holiday season,” she said. “I had two Christmas albums [1996’s “Star Bright” and 2004’s “Silver & Gold”] that people still say they start their season with it. So I will bring some Christmas cheer with me.”

Williams has been wowing audiences for 40 years, since becoming Miss New York as the first black Miss America in 1984 as a 20-year-old student at Syracuse University.

It’s still hard for Williams – whose vocal prowess was highly rated by the talent show judges – to grasp the historic achievement. “I look back at my 20-year-old self and I’m like, ‘Gosh, how did I do that?'” she said. “You’re 20 – you’re finding out who you are as a person and taking a stand on world issues. This leaves me speechless.”

It was an even tougher test for Williams when nude photos of her surfaced in Penthouse magazine, forcing her to relinquish her crown 10 months into her reign. Despite this, Williams went on to become arguably the most successful Miss America of all time, releasing hit albums like her 1988 debut The Right Stuff — which went gold and garnered three Grammy nominations — and became a triple-threat actress who conquered the movie ( “Eraser”, “Soul Food”), stage (“Kiss of the Spider Woman”, “Into the Woods”) and television (“Ugly Betty”, “Desperate Housewives”).

And in 2015, she made peace with the Miss America pageant, serving as head judge and then receiving an apology from the organization during the show. “Honestly, it mattered most to my mom,” said Williams, whose mom shielded her from racist attacks she received as the first black Miss America. “My parents kept so much from me in terms of death threats and all sorts of things while I was out.”

This year, Williams was back on Broadway in POTUS, or Behind Every Great Dumbass Are Seven Women Trying to Keep Him Alive, where she played the First Lady. And she had a real FLOTUS – Hillary Clinton – in the audience for a special performance.

“Right in the middle of my scene as First Lady when I’m talking about all my accomplishments [how] It still wasn’t enough to be president, everyone [in the audience] looked at Hillary Clinton and got up and started applauding and basically paused the show for almost a minute,” she said.

After Roe v. Wade, the play’s reproductive rights message also resonated with Williams, who had an abortion in high school. “It’s a right my mother didn’t have when she was young [years] …and it goes backwards,” she said. “As a woman, you don’t want someone to rule your life because everyone’s circumstances are different and no one knows what’s going on but you.”

Now the mother of four and grandmother of one is preparing for a personal milestone when she turns 60 in February. So what’s her secret to maintaining her Miss America beauty 40 years later?

“Knowing where to get good botox,” she said. “I don’t want to look like anyone else.” 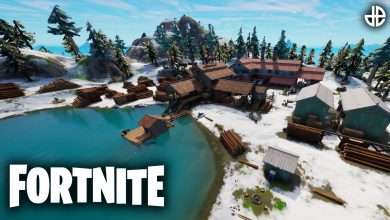 Where to deploy Aquatic Communication Relays at Logjam Lumberyard in Fortnite 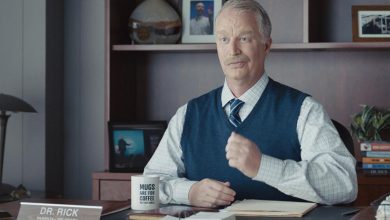 dr Rick doesn’t want you to become your parents 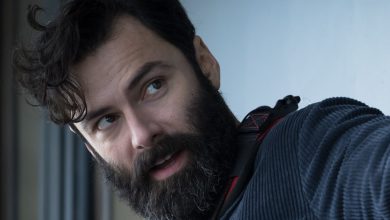 The Suspect review: ITV’s crime drama starring Aidan Turner is absurd – so why can’t I look the other way? 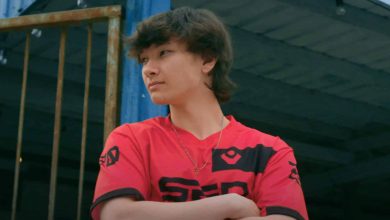