Vanessa Bryant broke down on the stand on Friday as she recalled the harrowing moment she first learned first responders had leaked graphic images of her late NBA legend husband’s gory helicopter crash scene.

The 40-year-old sobbed profusely and gasped in the Los Angeles courtroom as she testified about how she had to run outside her home so her surviving daughters wouldn’t see her crying after reading a local media report about the leaked photos.

“I felt like I wanted to run down the block and scream,” Bryant, who said she was breastfeeding her youngest at the time, said in court. “I can’t escape my body. I can’t escape what I’m feeling.”

Bryant added that she suffers panic attacks over fears that gory images of the mutilated remains of her husband and 13-year-old daughter Gianna may one day surface online.

“I live in fear, I live in fear every day, seeing these pictures on social media and popping up,” she testified, adding that she hadn’t seen them.

“I never want to see those photos,” Bryant said. “I want to remember them for who they were.”

The widow of the NBA legend took the stand as part of her federal invasion of privacy case over photos of the tragic helicopter crash that killed Kobe, Gianna and seven others in Calabasas in January 2020.

She is seeking unspecified millions of dollars in damages from Los Angeles County after first responders allegedly passed around gory pictures of the wreckage and mutilated remains.

Bryant collapsed repeatedly during the trial, to the extent that multiple witnesses testified that he was shown the graphic images after the crash.

The mother left the courtroom in tears last week after bartender Victor Gutierrez testified that sheriff’s deputies once showed him snapshots of severed body parts while he was sitting at the bar.

Another sheriff’s deputy, Mike Russell, admitted under oath Tuesday that he sent the pictures to a colleague while they were playing Call of Duty.

Meanwhile, firefighter Tony Imbrenda on Wednesday denied showing the gruesome images to guests at a gala less than a month after the fatal crash. 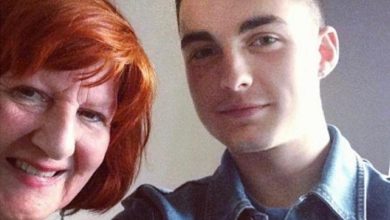 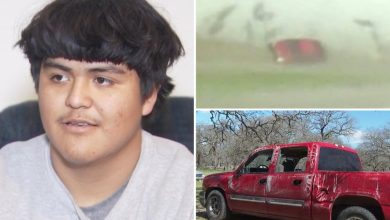 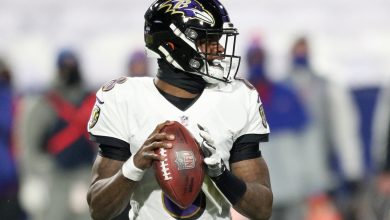