RALEIGH, NC (WNCN) — It’s been a cornerstone message during the pandemic recovery: get the COVID-19 vaccine and you’re much less likely to end up in a hospital.

But according to the latest figures from state health officials, that may not be as true as it used to be: There are now almost more fully vaccinated people in North Carolina hospitals than unvaccinated.

The phenomenon is occurring in other states as well, and a leading infectious disease specialist has a simple explanation for it — and it’s in no way an indictment of how effective the vaccines are.

“We don’t want this to sound like the vaccine isn’t working,” said Dr. David Weber, an infectious disease specialist at the University of North Carolina School of Medicine.

According to the latest figures from the state Department of Health and Human Services, 52 percent of COVID patients in hospitals were unvaccinated.

That rate was nearly 70 percent in late January, when NCDHHS began dividing those percentages into three groups: unvaccinated, fully vaccinated, and boosted.

And as cases and hospitalizations surge and North Carolina may be on the brink of another COVID wave, Weber’s statement dates back to the winter’s omicron surge.

“So many people have become infected with it that they have natural immunity, at least in the short term,” Weber said.

“So it drives those rates down in the unvaccinated and makes it appear like a higher percentage of the vaccinated are sick,” he added. “But remember this is associated with a much, much lower rate of hospitalizations.”

That is certainly reflected in the numbers now.

Two weeks ago, more people in hospitals were vaccinated than unvaccinated.

And the rate of boosted people going to hospitals has more than quadrupled since January – with nearly a quarter of hospitalized patients now having at least one extra injection.

dr Lisa Pickett, the chief medical officer at Duke University Hospital, said she sees “a significant number of vaccinees” at her facility.

But it’s important to remember that a large proportion of people who have received booster shots are those who were already at high risk.

“These are chronically ill, immunocompromised people who may not have fully responded to the vaccines they received,” she said.

It’s also worth noting that not all hospitalizations are created equal.

They tend to be shorter and less likely to end up in intensive care in vaccinated and boosted patients.

“The severity of disease in these patients, even those who are immunocompromised, is less,” Pickett said.

It’s a trend worth keeping an eye on now that we appear to be in the midst of another surge: NCDHHS figures show North Carolina is recording more than eight times more new cases per day on average than it did at the end of March – and that’s certainly a minority because so many tests are done at home and don’t take those numbers into account.

The state’s latest patient count is nearly a week old, and the 524 hospitalized patients as of May 14 are 50 percent higher than a month ago.

But Weber says it’s all a matter of perspective. The current number is still about a tenth of what it was during omicron’s worst period.

“Remember that the number of hospitalizations has come down a lot,” he said. “Small numbers produce large percentage changes.”

CBS 17 Joedy McCreary has been tracking COVID-19 numbers since March 2020, compiling data from federal, state and local sources to provide a clear snapshot of what the coronavirus situation is now and what it could be in the future.

https://www.cbs17.com/community/health/coronavirus/more-of-the-vaccinated-boosted-winding-up-in-ncs-hospitals-with-covid-why/ Vaccinated, boosted individuals account for a larger portion of COVID-19 hospitalizations. Why? 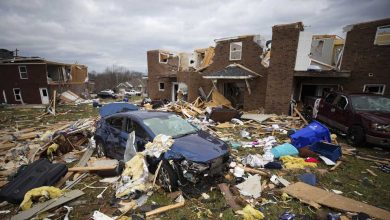 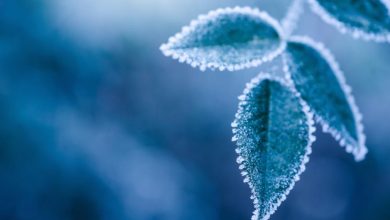 Feeling the winter blues? Here are some reasons why 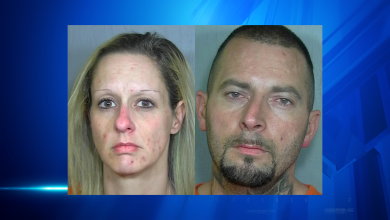