KHERSON, Ukraine — Hours after Russia invaded Ukraine in February, health workers at a children’s hospital in the south began secretly planning how to save the babies.

Russians were suspected of confiscating orphans and sending them to Russia, so staff at the regional children’s hospital in the city of Kherson began fabricating medical records of orphans to make them appear too ill to move.

“We intentionally wrote false information that the children were ill and could not be transported,” said Dr. Olga Pilyarska, head of the intensive care unit. “We were afraid that (the Russians) would find out … (but) we decided that we would save the children at all costs.”

Throughout the war, Russians were accused of deporting Ukrainian children to Russia or Russian territories to raise as their own. At least 1,000 children have been confiscated from schools and orphanages in the Kherson region during Russia’s eight-month occupation of the area, local authorities say. Her whereabouts are still unknown.

But local residents say even more children would have disappeared had not some in the community risked their lives to hide as many children as possible.

At the Kherson hospital, staff fabricated illnesses for 11 abandoned babies in their care so they would not have to give them to the orphanage, where they knew they would be given Russian documents and possibly taken away. One baby had “pulmonary bleeding,” another “uncontrollable convulsions,” and another required “artificial respiration,” Pilyarska said of the fake records.

On the outskirts of Kherson, in the village of Stepanivka, Volodymyr Sahaidak, the director of a center for social and psychological rehabilitation, also forged papers to hide 52 orphaned and vulnerable children. The 61-year-old placed some of the children with seven of his staff, others were taken to distant relatives and some of the elderly stayed with him, he said. “It seemed like I would just take my kids away if I didn’t hide them,” he said.

But moving them wasn’t easy. After Russia occupied Kherson and much of the region in March, they began segregating orphans at checkpoints, forcing Sahaidak to get creative about how to transport them. In one instance, he falsified records showing a group of children had been treated in hospital and were taken by their aunt to their mother, who was nine months pregnant and was waiting for them across the river, he said .

While Sahaidak managed to fend off the Russians, not all of the children were so lucky. At the Kherson orphanage – where the hospital would have sent the 11 babies – about 50 children were evacuated in October and allegedly taken to Crimea, which Russia illegally annexed in 2014, a guard at the facility and neighbors told The Associated Press.

“A bus with Z written on it (a symbol painted on Russian vehicles) came and they were taken away,” said Anastasiia Kovalenko, who lives nearby.

At the start of the invasion, a local relief group tried to hide the children in a church, but the Russians found them several months later, took them back to the orphanage and then evacuated them, locals said.

Earlier this year, The Associated Press reported that Russia is trying to give thousands of Ukrainian children to Russian families for foster care or adoption. The AP found that officials deported Ukrainian children to Russia or Russian territories without consent, lied to them that their parents didn’t want them, used them for propaganda, and gave them Russian families and Russian citizenship.

The Institute for the Study of War, a Washington-based think tank, says Russian officials are conducting a targeted depopulation campaign in occupied parts of Ukraine, deporting children under the guise of medical rehabilitation programs and adoption programs.

Russian authorities have repeatedly stated that moving children to Russia is to protect them from hostilities. The Russian Foreign Ministry has denied claims that the country is confiscating and deporting the children. She has noted that authorities are looking for relatives of orphaned children left behind in Ukraine to find ways to send them home if possible

The Russian Ombudsman for Children’s Rights, Maria Lvova-Belova, personally oversaw the relocation of hundreds of orphaned children from the Russian-controlled regions of Ukraine for adoption by Russian families. She has claimed that some of the children were offered the opportunity to return to Ukraine but refused. Her statement could not be independently verified.

UNICEF’s Regional Child Protection Adviser for Europe and Central Asia, Aaron Greenberg, said that until the fate of a child’s parents or other close relatives can be verified, any unaccompanied child is considered to be living close relatives and an assessment must be carried out by the authorities Countries where the children are located.

Local and national security and law enforcement agencies are looking for the children who were transferred, but they still don’t know what happened to them, said Galina Lugova, head of Kherson’s military administration. “We don’t know the fate of these children … we don’t know where the children are from orphanages or from our educational institutions and that’s a problem,” she said.

Right now, much of the burden falls on the locals to find them and bring them home.

In July, the Russians took 15 children from the front lines in the nearby Mykolaiv region to Sahaydak’s rehabilitation center and then on to Russia, he said. With the help of foreigners and volunteers, he managed to track them down and bring them to Georgia, he said. Sahaidak declined to give further details about the operation for fear of endangering them, but said the children are expected to return to Ukraine in the coming weeks.

For some, the threat of Russia deporting children has yielded unexpected results. In October, when there were signs the Russians were withdrawing, Tetiana Pavelko, a nurse at Children’s Hospital, feared they would take the babies away. Unable to bear children of her own, the 43-year-old rushed to the ward and adopted a 10-month-old girl.

Wiping tears of joy from her cheeks, Pavelko said she named the baby Kira after a Christian martyr. “She has helped people, healed and performed many miracles,” she said. 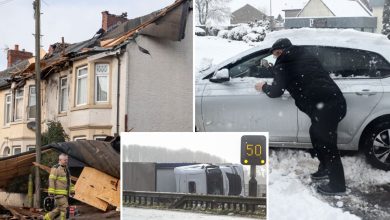 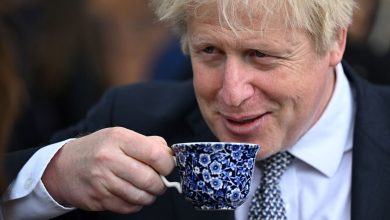 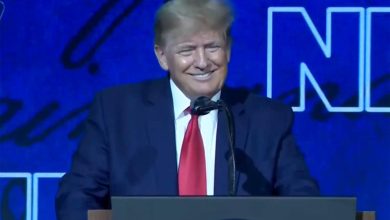 Donald Trump addresses the NRA after the school shooting in Texas