SAN YSIDRO — An emotional new video shows Ukrainians breathing out a collective sigh of relief as they crossed the US border after fleeing an invasion of their homeland by Russian forces.

Footage from the scene at the San Ysidro port of entry on Monday shows parents hugging their children and loved ones after successfully crossing the US-Mexico border.

Others wipe away tears after having to travel to the United States without their spouses and sons.

Video captured at the scene shows a Ukrainian man, Artem Matveichuk, speaking candidly about fleeing the raging war with his wife Mila and their two children, when they were finally able to experience “the smell of freedom.”

Matveichuk explained that the family escaped the horrors of war and subsequent atrocities in their hometown of Irpin, northwest of the capital Kyiv. Matveichuk recalled seeing “civilians lying on the ground everywhere” after sustained attacks by Russian forces.

“We appreciate being able to come here to this safe place and we feel real support for the Ukrainians here and the American government. We appreciate this opportunity that we have here and just look forward to a good place where we can stay safe and raise our children,” he said in the video.

In another clip, Matveichuk spoke about his two sons, explaining that their youngest son, Eldar, has special needs that the war has made even more difficult to meet.

“When we got out of line there were some officers standing there and I asked him what smells good in here and he thought I’d ask him about some restaurants nearby but I said no, it smells like freedom. We laughed together, but it’s true – we feel safe here and nothing compares to it,” Matveichuk added.

Tens of hundreds of refugees arrived in Texas last week after traveling from Ukraine to the Netherlands before flying to Mexico.

“You will drive [in] in a taxi all the way to the bridge, and they’ll say, ‘We’re asking for asylum,'” said Rebecca Solloa, executive director of Laredo Diocese Catholic Charities. “[Customs agents] will get her out of the car and move forward.”

The number of shelters is unofficial and the actual number of border crossings is likely higher than reported as many Ukrainian asylum seekers bypass migrant shelters entirely upon arrival.

The Biden administration announced last month that it would take in 100,000 Ukrainian refugees displaced by the war.

The Department of Homeland Security did not respond to The Post’s requests for information on the number of Ukrainian refugees.

The Wall Street Journal reported last month that more than 10,000 Ukrainians visited Mexico as tourists in the first two months of this year, and officials believe most of that number will eventually travel to the United States. 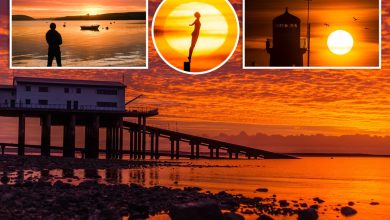 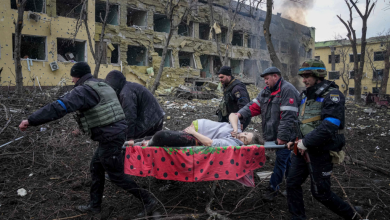 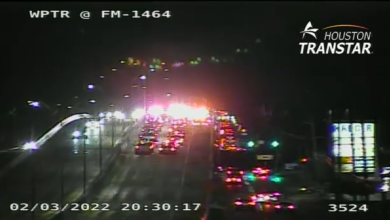 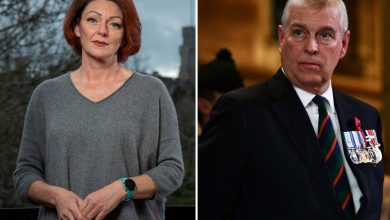 Prince Andrew was a ‘constant sexual harasser’ and tried to hug me after a nude massage, says former royal doctor