Facebook Twitter LinkedIn Tumblr Pinterest Reddit
LVIV, Ukraine — Ukrainian officials defiantly rejected a Russian demand that its forces in Mariupol lay down their arms and hoist white flags on Monday in exchange for safe passage out of the besieged port city.

While Russia ramped up efforts to force Mariupol into submission, its ground offensive elsewhere in Ukraine has stalled. Western officials and analysts say the conflict is turning into a grueling war of attrition, with Russia bombing cities.

In the capital Kyiv, a shopping center in the densely populated Podil district near the city center was a smoking ruin after it was hit by shelling late Sunday, killing eight, emergency services said. The attack shattered every window in a neighboring high-rise building.

Ukrainian authorities also said Russia shelled a chemical plant in northeastern Ukraine, spewing toxic ammonia into the air and hitting a military training ground in the west with cruise missiles.

The encircled southern city of Mariupol on the Sea of ​​Azov has endured some of the worst horrors of the war, under a Russian siege for more than three weeks in what Ukrainian and Western officials have branded as war crimes.

Hours before Russia’s bid to open corridors out of the city in exchange for the surrender of its defenders, an art school where about 400 people were sheltering was hit by an airstrike, according to Ukrainian officials.

“They are under the rubble and we don’t know how many of them survived,” said Ukrainian President Volodymyr Zelenskyy. In a video speech, he promised that Ukraine would “shoot down the pilot who dropped this bomb.”

Russian Colonel-General Mikhail Mizintsev had offered two corridors – one eastbound to Russia, the other west to other parts of Ukraine – in exchange for Mariupol’s surrender. He did not say what Russia would do if the offer was rejected.

Russia’s Defense Ministry said authorities in Mariupol could face a military tribunal if they side with what it calls “bandits,” Russia’s state news agency RIA Novosti reported.

Ukrainian officials rejected the proposal even before Russia’s 5 a.m. Moscow time deadline for a response came and went.

“There can be no question of capitulation, laying down of arms,” ​​Ukrainian Deputy Prime Minister Irina Vereshchuk told the Ukrainian Pravda news agency.

The art school strike was the second time in less than a week that officials reported an attack on a public building where Mariupol residents had taken shelter. On Wednesday, an airstrike devastated a theater where more than 1,000 people were sheltering. At least 130 people were reported rescued on Friday, but there has been no update since.
Mariupol officials said at least 2,300 people died in the siege, with some buried in mass graves.

City officials and aid groups say the Russian bombardment cut off Mariupol’s electricity, water and food supplies and disrupted communications with the outside world, leaving remaining residents in a chaotic struggle for survival.

Before the war, Mariupol had about 430,000 inhabitants. About a quarter are believed to have left in the first days of the war, and tens of thousands have emerged via a humanitarian corridor over the past week, although other attempts have been thwarted by the bombardment.

In the Black Sea port city of Odessa, authorities said Russian troops damaged civilian homes in a strike on Monday. The city council said no one was killed.

The Russian invasion has displaced nearly 3.4 million people from Ukraine, according to the United Nations. The United Nations has confirmed over 900 civilian deaths but said the real number is likely much higher. Estimates of Russian deaths vary, but even conservative numbers are in the low thousands.

Some who managed to escape Mariupol tearfully hugged relatives as they arrived by train in Lviv in western Ukraine on Sunday.

“Fighting took place on every street. Every house became a target,” said Olga Nikitina, who was hugged by her brother as she got off the train. “Shots were fired from the windows. The apartment was below freezing.”

Mariupol is a key Russian target as its fall would allow Russian forces in southern and eastern Ukraine to link up. Its capture would also help Russia establish a land bridge to Crimea, which was seized by Ukraine in 2014.

More than three weeks into the invasion, the two sides appear to be trying to wear each other down, experts say, with Russian forces firing long-range missiles at cities and military bases while Ukrainian forces conduct hit-and-run attacks.

Talks between Russia and Ukraine continued via video conference but failed to bridge the rift between the two sides. Russia asked Ukraine to disarm and declare itself neutral, and Ukraine said Russian forces must withdraw from across the country.

US President Joe Biden was scheduled to address the war with the leaders of France, Germany, Italy and Britain on Monday. The Russian foreign ministry has warned that relations with the US are “on the verge of a rupture,” citing “unacceptable remarks” by Biden about Putin — an apparent indication that the American was calling the Russian a “war criminal.”

Hundreds of men, women and children have been killed in Russian attacks in Ukraine’s major cities.

Ukraine’s Attorney General said a Russian shell struck a chemical plant outside the eastern city of Sumy just after 3am Monday, causing a leak in a 50-ton tank of ammonia that took hours to contain.

Konashenkov also said a nighttime cruise missile attack hit a military training center in the Rivne region of western Ukraine. He said 80 foreign and Ukrainian soldiers were killed, although the number could not be independently confirmed.

Russian troops have been shelling Kyiv for the fourth week, trying to encircle the capital, which had a population of nearly 3 million before the war. Kiev Mayor Vitali Klitschko announced a curfew from Monday evening to Wednesday morning.

A group of villages on the northwestern edge of Kyiv, including Irpin and Bucha, have been all but cut off by Russian forces and are on the brink of humanitarian disaster, regional officials said. Associated Press journalists who were in the area a week ago saw bodies in a park.

The agency said this issue and a shortage of firefighters to protect the area’s radiation-contaminated forests in warmer weather could mean a “significant deterioration” in the ability to control the spread of radiation in Ukraine and beyond.

KSI returns to boxing this year, while talks with Alex Wassabi and Logan Paul could appear on YouTuber's undercard 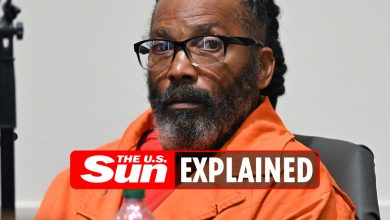 Who is Kevin Strickland and why is he in a wheelchair? 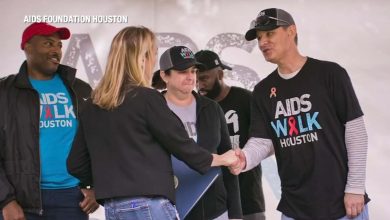 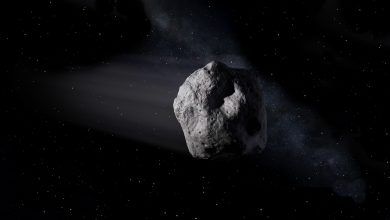 Asteroid 2022: A kilometer wide asteroid will pass by Earth on January 18 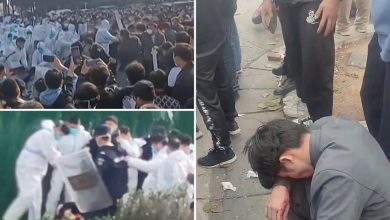