Two young Guatemalan sisters are among 51 people killed in an apparent people-smuggling incident in a semi-truck in Texas, it was revealed Tuesday.

Carla and Griselda Carac Tambriz – originally from the Colcajá, Nahualá, Sololá canton of Guatemala – died in the truck carrying an estimated 100 people across the Mexican border to the United States, according to Guatemalan and Spanish-language news outlets.

The nationalities of the other victims have yet to be identified. Officials said 39 men and 21 women were among the fatalities.

Secretary of State Ebrard said he was in contact with the Department of Homeland Security as well as with Guatemalan Foreign Minister Mario Búcaro.

“We will act together to support victims and families affected by the tragedy in San Antonio, Texas,” Ebrard said tweeted in Spanish.

Many of the survivors of the horrifying human trafficking incident are fighting for their lives in six hospitals in the region.

A total of 16 people were rescued from the 18-wheel vehicle, which had no water, air conditioning or refrigeration, as temperatures in San Antonio peaked at 103 degrees on Monday.

First responders said they felt hot and suffered from heat stroke. Three of the 16 didn’t make it and died in different hospitals.

Three patients were taken to Methodist Metropolitan and one, a woman, died there. Two of the five people who were taken to Baptist Medical Center could not be saved and died.

The university hospital has two other patients, according to Minutti-Zanatta.

One of Santa Rose Westover Hill’s patients is a US citizen suspected in the human smuggling incident, Minutti-Zanatta said.

The youngest known victim, a 16-year-old girl from Guatemala named Sebastiana, is being treated at Children’s Hospital.

The Catholic Archbishop of San Antonio visited six of the victims in the hospitals and told the Post the young teenager was the only one able to speak while the others were being sedated.

First responders described a grisly scene as they approached the abandoned trailer truck on Monday night. They found “piles of corpses” said to have been sprinkled with steak seasoning to mask the stench of decay.

Bodies were also found in blocks around the truck’s location, suggesting some of the migrants had attempted to flee while the vehicle was still moving, according to the San Antonio Express-News.

“These are people. They have families. They have suffered enough to make such a trip to the United States, hoping to reconnect with family and live a more dignified life,” said Archbishop Gustavo Garcia-Siller. “These are the poor, the neglected.”

Officers found the driver of the truck in a nearby field and he was taken into federal custody, police said. Two other men were also arrested.

https://nypost.com/2022/06/28/two-young-sisters-from-guatemala-ided-as-victims-in-texas-tractor-trailer/ Two young Guatemalan sisters have been identified as victims in a Texas semi-truck

Who has left Love Island so far in 2022? All kicked out candidates 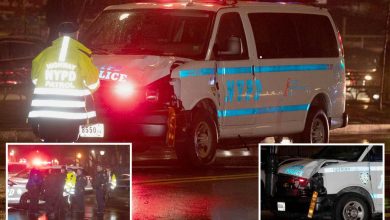 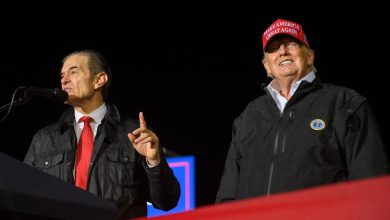