Twitch has reduced an indefinite ban on a streamer after she threatened to “shoot people” at the company’s headquarters. This decision could lead to a worrying and potentially dangerous trend on the platform.

“Meta” is a word commonly used in the gaming community to describe the optimal strategy to achieve a goal. In games, specific weapons, armor, or characters are often referred to as current meta. And this idea of ​​a single effective tactic extends beyond playing games into the realm of streaming content.

Twitch, still the preeminent live streaming platform, has an ever-changing meta. It may be playing a certain game or putting on a bathing suit and spending hours in a hot tub during its popularity.

Smaller streamers tend to adapt to these trends more often than larger creators to grow their audience. On a site where more viewers means more money, some streamers are willing to risk everything for a meta, regardless of the consequences.

‘Metas’ arise from popularity and publicity. When a streamer gets more viewers, other streamers mimic their content to generate views as well. When a streamer makes the headlines because of their actions, others may try to emulate them as well.

As backward as it may sound, some streamers undoubtedly use bans to create hype for their streams. Streamers will say or do things while live with the intention of getting banned and making headlines – many of which will be reported to Dexerto and other sites.

This happens with both large and small streamers. DisguisedToast was recently banned from watching anime on stream and later claimed it was a publicity stunt. Getting banned for ridiculous reasons or a popular trend is kind of a meta for Twitch creators.

A number of content creators played copyrighted music during the 2020 wave of DMCA takedowns while viewers waited to see if they would be banned. This shows that Twitch streamers tend to put their careers on the line if it gets them more exposure.

Due to a recent ban and appeals process, it’s important to talk about twitch metas. Narcissawright, formerly known as speedrunner Cosmowright, was banned indefinitely in March for accidental nudity, which violated dress codes.

This is a very common infraction and one that usually results in a brief suspension. However, it was her post-ban actions that drew attention. In a now-deleted tweet, Narcissa stated that she wanted to kill herself and “shoot people at Twitch HQ” because of the suspension.

Seven days into her indefinite ban, Narcissa shared an email from Twitch stating that the indefinite ban would be converted to a 22-day ban. Twitch stated, “Given the details of your case, including the regret expressed in your appeal, we have decided to reduce your suspension period.”

Despite claiming she didn’t own a gun and her threat was “not credible,” many replies to her tweet were shocked by the ban call. They were seemingly confused as to why Twitch would allow someone who threatened their employees to return to their platform.

Narcissawright’s now-deleted tweet, in which she said she was going to “shoot people” at Twitch HQ.

Twitch has banned Narcissa for accidental nudity, which is often one of the more unforgiving community guidelines violations. It’s also frustrating because an accidental nudity ban is often the result of a viewer tricking the streamer who had no intention of showing such content.

But if Narcissa had been banned for accidental nudity and nothing else had happened, it wouldn’t have made headlines. The publicity surrounding their ban stems from their threat to the safety of real people in the company.

Threats of violence could become a trend if Twitch doesn’t take it more seriously. Are streamers now getting headlines for free for threatening to harm Twitch employees, knowing it won’t be taken into account when considering their appeal to the ban? Or that a rueful apology will suffice?

The dangers of the wrong threat trend

Getting a break from streaming while your name is circulating around the internet with little effort might sound like a streamer’s dream. This case with Narcissa proves that all you need is a well-written apology to get your platform back.

This is not to cast doubt on the sincerity of Narcissa’s apology. In a statement to Dexerto, she said: “I don’t own any guns and the threat was not credible. However, I felt like I was hurting myself and the tweet was my way of hurting myself.”

But Twitch’s actions during this ban and appeal could set a dangerous precedent. The decision swept a very serious situation under the rug. As streamers get bolder in their attempts to garner attention with their veiled lockdown plans, real threats from clout hunters could be buried.

Twitch should also consider its employees and community. And most importantly, how will this affect Twitch staff? It is not the first time such a threat has been made. In 2019, police were called to the San Francisco headquarters following a shooting threat.

“The safety of our employees is our top priority,” Twitch said at the time, “and we are focused on making sure this is resolved quickly and safely.” Employees were given the option to work from home rather than in the office get.

The Inconsistency of Twitch Bans

One problem that persists in the Twitch community is the ambiguous nature of the platform’s bans and appeals. Streamers are severely penalized for things that other streamers get away with. Some bans are never challenged, while others are lifted with enough crawling.

Twitch does not publicly comment on bans to protect user privacy, but even in their emails to users themselves, they rarely provide a specific reason for a ban. The rule that was broken is given, but not how exactly it was hurt.

Destiny, a veteran streamer on the platform, was permanently banned in March and claims that Twitch didn’t specify the cause, leaving speculation.

Korean streamer Velvet_7 has been banned for a full 18 months for sexual content. But Velvet_7 didn’t show accidental nudity or threaten Twitch staffers. Rather, she accused Twitch of banning her simply because she has a “different body type than other girls” and because of her “bigger breasts.”

These are examples of the lack of consistency from ban to ban. Every action that gets a streamer banned sets a precedent. While each ban is handled on a case-by-case basis and context is critical, two identical violations should result in identical penalties.

In this case, was the threat of violence taken seriously enough? This is not to say that Narcissa should be permanently banned. But it’s important to remember that Twitch’s actions in these situations will have far-reaching implications – and receiving a “pass” on a threat of violence could have a very negative surge.

https://www.dexerto.com/opinion/twitch-unbanning-streamer-after-shooting-threat-could-set-dangerous-precedent-1794076/ Twitch unblocking streamers after being threatened with shooting could set a dangerous precedent 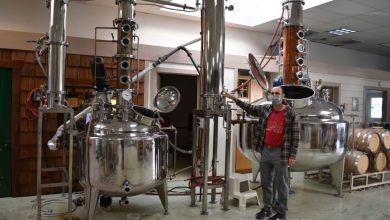 Humboldt Distillery is the #1 organic vodka in California 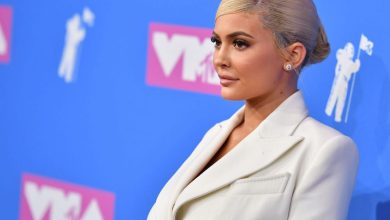 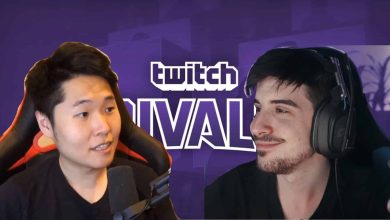