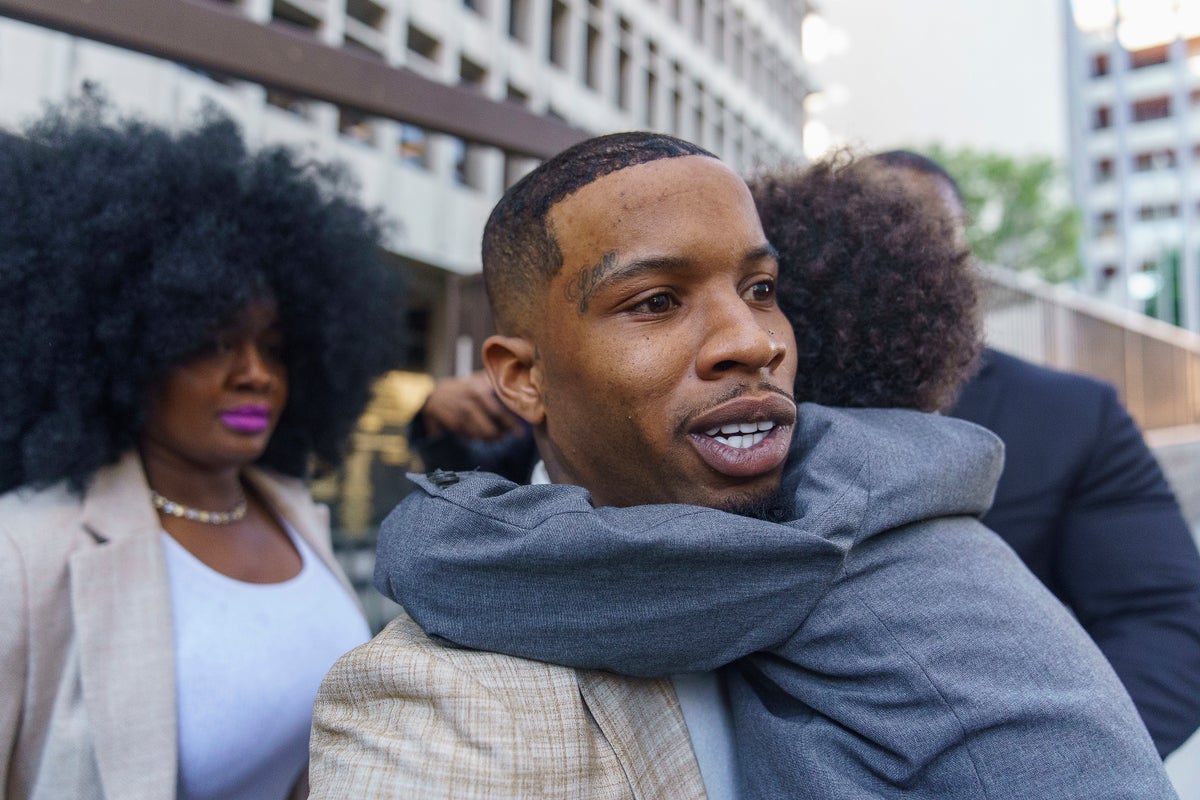 Sign up for our free US news bulletin, delivered straight to your inbox every weekday morning

Sign up for our free morning US email news bulletin

The former close friend and assistant to Megan Thee Stallion said in a taped interview played for jury on Friday that she saw rapper Tory Lanez fire a gun at Megan’s feet.

The September interview with prosecutors was conducted at Lanez’s Los Angeles assault trial after Kelsey Harris said on the witness stand Wednesday that she did not see Lanez fire the gun that wounded her former friend and boss, and herself didn’t remember other important details.

“He shot the gun,” Harris says in the recording, describing seeing Lanez standing next to an SUV in the Hollywood Hills, leaning over the passenger door and pointing the gun at the ground next to Megan.

Canadian rapper Lanez, 30, real name Daystar Peterson, has pleaded not guilty to count of negligent handing over of a firearm, assault with a semi-automatic firearm and carrying a loaded unregistered firearm in a vehicle.

Harris was one of four people in the SUV, along with the two rappers and Lanez’s bodyguard and driver. The four were leaving a small gathering at Kylie Jenner’s home when the incident happened on July 12, 2020. She said Megan and Lanez got into an argument that escalated into insults about each other’s careers.

Prosecutors played parts of her interview with Harris during her testimony. She was granted immunity in the case, but not on the grounds of perjury.

Harris said on the witness stand that she was “not honest” about some things in the September interview.

After Lanez’s attorneys suggested in their cross-examination that Harris had been pressured into making her statements, the judge allowed the prosecution to take the rare step of playing the entire 78-minute recording for the jury.

Harris was cordial in the taped interview, in contrast to her evasive, sometimes combative time on the witness stand, and prosecutors rarely had to prompt her to do so during her report. She said on the recording that like others in the car she had been drinking heavily and got out of the car when she heard a few gunshots. Then she looked up and saw Lanez firing more shots.

While on the witness stand, she denied that she herself fired the gun, but would not say Lanez did it. When confronted with a text message she sent to Megan’s manager read, “Help. Tory shot meg. 911,” Harris said she just assumed Lanez fired.

Harris said in the recording that the incident estranged her and Megan and she has not seen them in person since. The two had been close friends for years, having met as sophomores at Prairie View A&M University in Texas, and she had helped Megan on her rise to hip-hop stardom.

Harris said she returned home to Houston when told it would likely take Megan a long time to recover. She and Megan were in Los Angeles to shoot the “WAP” video with Cardi B. The track would make Megan an even bigger star than she already was.

Harris’s description of the night on the tape was generally consistent with Megan’s description in Tuesday’s statement, but differed on specifics. Harris said Lanez was silent as he fired. Megan had testified that he yelled, “Dance, b——-!” at her as he shot.

Lanez’s attorney, George Mgdesyan, argued during the trial that no one saw Lanez fire the gun. Megan testified that she did, but Mgdesyan said the injuries to the insteps of her feet showed she could not have seen the shooter behind her.

Police were unable to find DNA or fingerprints from the gun used in the shooting.

Lanez has had a successful run of mixtapes and major label records since the beginning of his career in 2009, with his last two albums reaching the top 10 on the Billboard chart.

Megan Thee Stallion, whose real name is Megan Pete, won a Grammy for Best New Artist in 2021 and had #1 on the Billboard Hot 100 with both “WAP” and her own song “Savage” featuring Beyoncé. 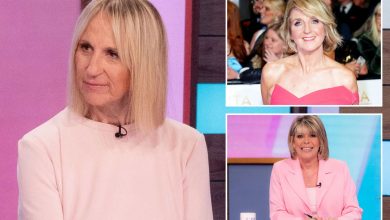 Loose Women’s feud reignited when Carol McGiffin slammed the co-star’s tattoos, saying they were having a “midlife crisis”. 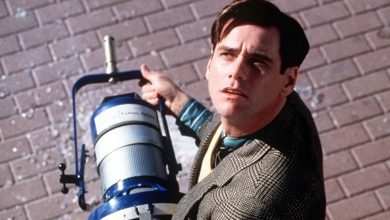 All TV shows and movies are regulated by Netflix in March 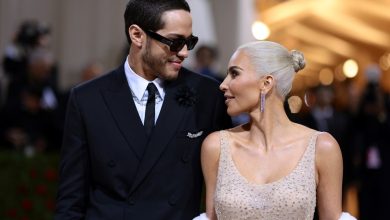 The Kardashians: Pete Davidson is notably absent from the dramatic season 2 trailer 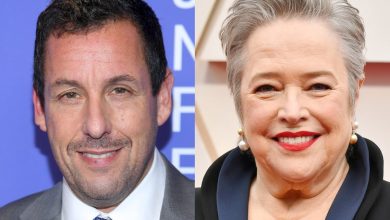