According to spoilers, Beth Stolarczyk was set to compete The Challenge: All Stars 3. However, Tina Bridges revealed that Sylvia Elsrode replaced her “at the last minute” because she demanded an apology from her former rival.

Tina Bridges revealed that Sylvia Elsrode has replaced Beth Stolarczyk in The Challenge: All Stars 3

In front The Challenge: All Stars 3 Premiere, spoiler accounts named Beth Stolarczyk as a competitor. However, she seems to have dropped out.

After Episode 3 aired, a Twitter account explained that before the season began, Beth demanded an apology from her rival, Tina (Barta) Bridges. However, Tina reportedly refused to apologize, which resulted in her being removed from the cast at the last minute.

TIED TOGETHER: ‘The Challenge’: Tina Barta describes what led to her beating Beth Stolarczyk

That All stars 3 The competitor confirmed the report, clarifying that she had heard that Beth “made such a fuss that she forced it to an ultimatum” and wanted the show to choose between them. Tina claims she didn’t mind filming With the reality star, “I can ignore her like she’s a production,” she added.

In another tweet that fresh meat The finalist admitted that she only “heard” this report. However, the reality star revealed a last minute meeting occurred to everyone during their stay at the hotel, which she found “strange”. After returning to their rooms, everyone noticed that Beth had left and Sylvia Elsrode was already there to replace her. In response to a fan who wondered why Tina wouldn’t apologize if she didn’t want to argue about it any longer, that road rules added a star She “doesn’t believe in apologizing for something I’m not sorry for.”

Tina slapped Beth in the face during “The Challenge: The Duel.”

After their first two and currently only final appearances in The Inferno 2 (2005) and fresh meat (2006), in which Tina was last seen The duel (2006) as the main competitor.

However, she was disqualified after the first episode for violence over a physical altercation with Beth.

After an inspirational moment from the late Diem Brown, in which she took off her wig, Beth and Tina got into a heated exchange. Beth accused Tina of “blaming” her and reached out to the two-time finalist to tell her not to do it again.

Tina responded by telling Beth to walk away from her and then slapping her co-star in the face when she refused. Back then, the road rules star insisted she had no regrets about her decision and saw her actions as worth missing her chance at the grand prize. The 40-year-old still stands by her choice.

Over 15 years later, in a July 2021 Twitter exchange with a fan, Tina admitted that she had the same mindset. In response to someone who thanked her for “doing what everyone wanted to do,” the reality star revealed, “I still don’t regret it.”

Although she wishes she had “managed my frustration in a healthier and more mature way,” the two-time finalist claimed she liked how it felt to smack her co-star in that moment.

Beth had previously shot at her rival in a May 2021 tweet when she alluded to Tina missing out All stars 1 due to a positive COVID-19 test. That real world star called it “karma” and admitted she was “happy” that Tina had contracted the coronavirus. Tina responded to her comments in an interview with Mike Lewis in September 2021.

Confirming the positive case, she sarcastically noted that she enjoys how Beth “does everything about her.” Beth participated All stars 1while Tina has appeared in seasons 2 and 3. The Challenge: All Stars 3 will be broadcast on Paramount+.

RELATED: ‘The Challenge’: Tina Barta Responds to Beth Stolarczyk’s Comments About Her COVID-19 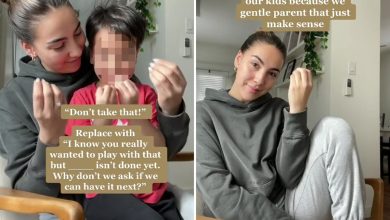 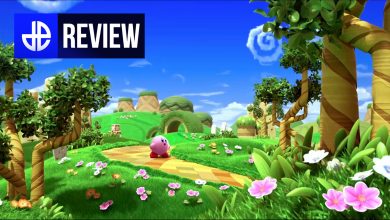 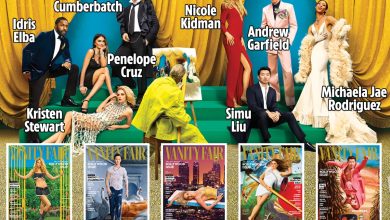 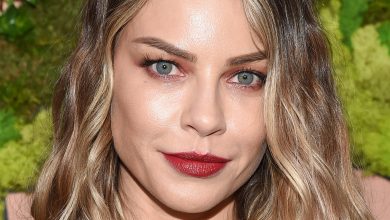 This is the real reason Lauren German left Chicago