Flight cancellations and delays continued on Sunday during an already chaotic July 4th weekend for travelers across the country.

At least 267 flights to, from or within the United States had been canceled as of 3:16 p.m. EST and nearly 2,300 were delayed, air travel tracking site FlightAware.com reported.

The bulk of the cancellations and delays occurred inside or outside of China, Canada and Europe, according to the website.

American Airlines told employees on Wednesday that they were suspending all ticket sales for flights out of Schiphol, according to travel website The Points Guy.

Tickets are no longer available for American flights departing from Amsterdam between July 7th and 31st; Tickets already purchased will be accepted.

The situation at the Pearson in Toronto is so dire that it was recently reported that a traveler was waiting there for his luggage – 16 days after his arrival.

New York airports reported relative calm in terms of delays and cancellations – although a bomb alert forced an evacuation at JFK Airport, where 10% of flights were delayed.

Newark Airport reported only 4% of flight delays and 3% of canceled flights. At LaGuardia Airport, only six flights were canceled and 38 delayed (8%).

AAA has predicted 3.5 million Americans will travel over the holiday weekend.

But airlines are overbooked and understaffed, causing serious delays for travelers.

As of Saturday, there were at least 3,765 delays on US flights — including domestic and international — and 612 cancellations, almost triple the daily average of 210 flights scrapped.

The lack of service rivaled a day earlier when more than 4,900 flight delays and nearly 500 cancellations were reported domestically on Friday night. 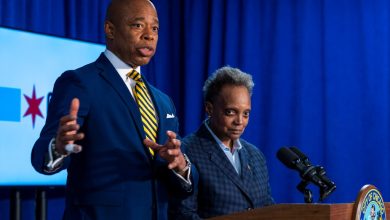 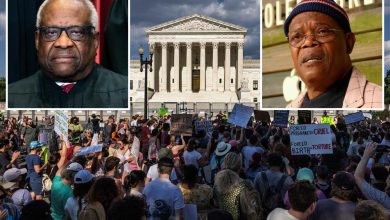 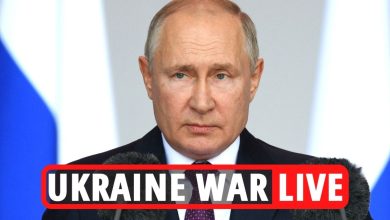 Ukraine-Russia War LIVE – Putin has panicked and is desperate for a way to save face before ending the invasion, the oligarch claims 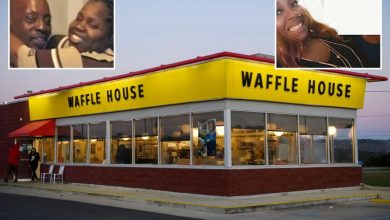