Try as you may, you cannot shame the shameless. They are carried by impunity and are therefore immune.

Just before the MLB lockout was resolved, Yankees President Randy Levine made soulful stops at WFAN and ESPN Radio-NY to testify of his love for The Game and its fans and how the mere thought of losing games made him made physically ill.

For sure. And I’m Scallion Creamcheese, the exotic dancer.

At the same time, the Americans were planning, or had already decided, to remove all of their previous Ch. 11 games, at least 21, from its free TV access and sells them as the exclusive, exploited property of a paid Amazon streaming service, a greedy design that will sweep Yankees games from view while MLB continues to bleed viewers.

But which of his interviewers will smack – challenge him for such an ugly and glaring incongruity? Michael Kay, who has more conflicting interests than a fox who owns a string of KFCs? The WFAN boys and girls at the Yankees’ flagship station?

Levine got sick at the thought of no baseball? Here’s what makes me sick: Since 2009, with the opening of the new Yankee Stadium, the sight of thousands of empty, good-to-best seats lingers because they’re too damn expensive. Did Levine overlook that? Kai too?

How is it that, year after year, a reality so glaring, persistent, and baseball-humiliating is ignored by everyone but the fans? It’s none of the sports media’s business?

Still, the likes of Levine and Rob Manfred pose as concerned populists, advocates on behalf of devoted baseball fans — as if by now fans don’t realize they’re being played as newly arrived fools hailing a cab at JFK.

Why do sports fans always have to go it alone now? Where are those who call a Levine, a Manfred, a Roger Goodell, the NCAA and their obedient TV partners obvious BS? Why isn’t Steve Cohen being slammed for letting the Mets sell their second game of the season, This Friday Night’s game, exclusively to Apple TV’s streaming subscription operation?

The return of the MLB rule creates additional problems

The Best Plans of Mice, Humans, and Mushnicks…

Something happened Thursday night, something I think is worth sharing.

Late that afternoon, I turned in my Friday column bemoaning the loss of future memorable extra innings games to Rob Manfred’s Beer League softball game rules so MLB’s extra innings would continue to start with a cheap gimmick: a chosen runner on second base.

As a prime example of the kind of exciting games lost in this further institutionalized betrayal of The Game, I cited Game 6 of the 1986 NLCS, that sensational 16-inning game, Mets at Houston.

At 8:55 p.m., I received a text message from editor Drew Loftis: “Call asap.” The Houston game? We have a problem.

Loftis stated that since there is no rule for specific runner-extra innings in playoff games, the main article for the second edition had to be killed or extensively rewritten.

At first I resisted it. Can’t we add that the rule only applies to extra-innings regular-season games? You know, falsify it, force it?

No, you lazy bum, that’s not going to work. The comparison is wrong. But then I realized that there are so many memorable extra-innings regular-season games to choose from by the Mets and Yankees that even given a second deadline, the task would be easy.

And the “Rick Camp Game” of July 4, 1985, a 16-13, 19 inning Mets win in Atlanta, immediately came to mind. Pitcher Camp had to bat and hit his only MLB homer, a 2-0 pitch ahead of Tom Gorman to tie the game in the 18th. A fireworks display at 4am celebrated the 5th of July after a totally insane but natural game.

So I traded one extraordinary extra innings game for another. There isn’t a baseball fan anywhere, no matter how old, who doesn’t remember several such games. They are Keepers.

But MLB — despite the self-destruct that kills baseball in nine dismal innings choked with snail’s pace and analysis — has opted for elective surgery to remove a healthy organ on the 10th.

My favorite statistic appeared in the headline of a school website written by a Division III sports information director after his school lost 81-0. The SID wrote that in the game, a child broke the team’s single-game record for the number of kickoff returns. Brilliant!

Ah, statistics. For years, we’ve been told that Princeton basketball either leads the nation or ranks among the leaders in defense based on average points allowed. Gospel. But that stat and status had almost nothing to do with Princeton’s defense and everything to do with his deliberate clock-killing offense. But false facts die hard, if at all.

Now for the Knicks’ Evan Fournier, who broke John Starks’ single-season record for 3-pointers on March 23. Fournier, who was previously stung for his inability or reluctance to play defense, was roundly applauded by the media for his sniping performance.

But was it a team-building achievement? Considering the Knicks were 11 games worse than the same time last season, well, it’s a team game, right? Or was.

Have you ever thought that we know more from TV than the manager in the dugout or the GM watching from above?

I’m convinced of the obvious: No Yankee suffered more from analytics — in the form of infatuation with that short right fence at Yankee Stadium, especially on two-strike pitches — than Brett Gardner.

As Gardner began to think of himself as a left hitter, his home runs increased, but his batting average dropped, his 100-plus strikeouts—so often in action with men—became routinely intolerable, and his greatest asset—speed—was minimized.

But nobody at the top either noticed, did anything about it, or was fine with it, according to a computer-supplied spreadsheet.

Incidentally, reader Herb Eichen notes that last season there were 1,071 fewer stolen bases than all of 2011, a decrease of 44 percent. Analytics rule!

I love the photo of Tom Thibodeau in the Friday’s Post. He wears his traditional all-black sideline ensemble complete with Knicks and Nike logo.

When Werner is the official leader of the NCAA tournament, reader Richard Monahan asks for the name of the official scissors.

I don’t care if Tiger Woods plays at the Masters, I’m more worried about him being taken back and forth for public safety reasons.

https://nypost.com/2022/04/02/yankees-deal-with-amazon-shows-randy-levines-support-for-fans-is-all-talk/ The Yankees’ deal with Amazon shows Randy Levine’s support for fans is on everyone’s lips 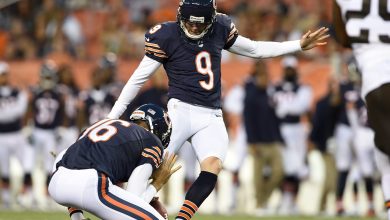 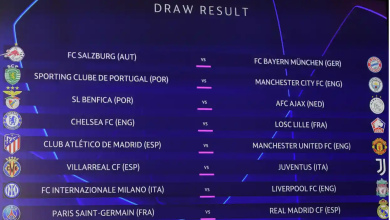 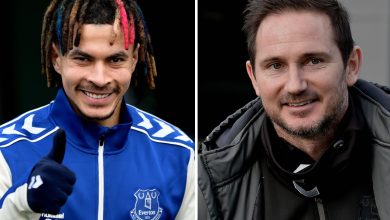 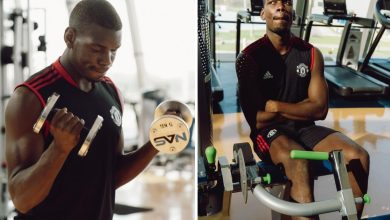