In the 1990s, alpinist Alex Lowe was at the top of the world. He was considered that best climber in the world. He has climbed Everest twice, tackled K2 and set speed records on peaks in the Himalayas and Antarctica with his best mate and climbing partner Conrad Anker. When he wasn’t traveling to far flung places as a member of the North Face Climbing Team, he was coming home to a beautiful wife, Jenni, and three adorable young sons, Max, Isaac and Sam.

Then, in October 1999, Lowe, 40, and Anker, then 38, traveled to Tibet with the intention of climbing and skiing down the 26,289-foot Shishapangma. As the two men and cameraman David Bridges climbed to the top, an avalanche struck, killing Lowe and Bridges, their bodies buried and abandoned on the mountain. Anker somehow survived, but was wracked with guilt.

He drove aimlessly to Bozeman, Montana, to comfort Jenni and the boys

“Although we weren’t biological brothers, we were certainly both brothers of the same passion,” says Conrad, now 59, of Lowe. “I was just so sad. . . [I thought], ‘What could I do for Alex? What could I do to take care of him, and what would that be?’ ”

But he and Jenni quickly developed feelings for each other just months after Lowe’s death. On April 6, 2001, less than two years after Alex’s death, the two married in Italy with the boys by their side.

Their unlikely love story is the subject of the National Geographic documentary Torn. Stream on Disney+. The document is led by Lowe’s eldest son, Max, who was 10 at the time of his father’s death and has struggled at times to accept Anker as part of the family. The film follows Max, now 33, asking his mother how she was able to move on with his father’s best friend so soon after his death.

“You can lose someone and still love someone else,” says Jenni, who is now in her 60s and is still happily married to Anker.

Their youngest sons were just 3 and 6 years old when Lowe died and they have little memory of him but revere him as a sort of ‘Superman’. But the documentary also touches on the fact that he has traveled extensively and struggled to balance his adventurous career and family.

Before Lowe met his untimely fate, he told Anker – with whom he shared a tent the night before he died – that he wanted to take Jenni and her boys to Disneyland for Christmas. A goal that had previously not interested the globetrotter, but now wanted to do something for his sons.

After his death, Anker went to Disneyland with Jenni and the boys, and shortly after their trip to the amusement park, romantic sparks ignited between the two grieving adults.

Their relationship sparked disparaging whispers from cynics in the climbing community, and there were false rumors that they were having an affair before Lowe’s death. Jenni said she was eager to move on to the next chapter of her life and that “life moves on very quickly.”

“It was a confirmation of my love for Alex,” the mother of three and author of the memoir “don’t forget me‘ says Anker of their quick nuptials. “I [wasn’t] will take the painful end of these years with me [Alex Lowe] be the end when I open my heart to love someone else.”

Anker adopted the three boys in the 2000s, although his relationship with Max has always been mildly strained.

“We have this shadow of Alex hanging over all of us,” says Max. Unlike his mother and brothers, who hyphenate their last name to include Anchor when he became their adoptive father, Max chose to do so exclusively Keeping Alex’s last name.

But towards the end of the film, he and Anker share an emotional moment. “You are our father to all of us,” he tearfully says to the elderly man, who throughout the film details his ongoing struggle with survivor guilt.

“Living in his house, marrying his widow, raising his boys, people coming up to me and calling me Alex. I live in this shadow and do my best,” admits Anker.

“They did a job that I could never have imagined,” says Max. “And we all really love you for it.”

Adding to the emotion: Lowe and Bridges’ bodies were finally found in 2016. discovered on the south face of the mountain by climber David Göttler.

The whole family traveled to Tibet to recover Lowe’s body and cremate his remains. The family later scattered his bones and ashes at his eponymous peak in Montana.

Jenni thinks peacefully about the men she loved.

“Alex is a lucky guy, his best friend who loved him fell in love with me and every one of you,” she tells Max.[Alex is] a real lucky guy.” 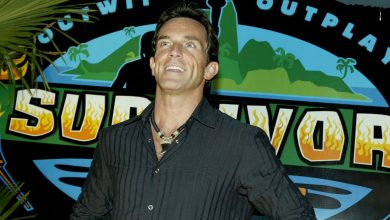 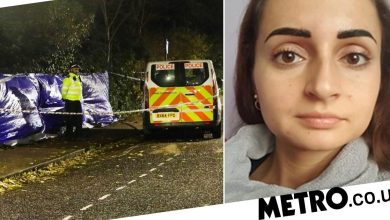 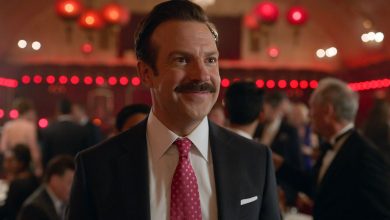