PRAGUE/Kyiv (Reuters) – When headlines broke Tuesday morning that leaders of Poland, the Czech Republic and Slovenia were on a train bound for Kyiv for talks with Ukraine’s president, it was news to some of their immediate family.

The trip to a besieged city where the Ukrainian military is fighting invading Russian forces just a few kilometers from the periphery was hastily arranged and little known.

Public statements from leaders and a participant and a diplomatic source, who spoke privately, point to an arduous and risky diplomatic mission that underscored the sense of urgency among European countries to end the war.

While other European leaders were briefed on the planned trip during a summit in Versailles last Friday, few countries were directly involved.

The three who eventually attended are deeply suspicious of how Moscow views nations once under its influence before the collapse of the Soviet Union in 1991, concerns compounded by the February 24 invasion of Ukraine.

More than 3 million people have fled Ukraine in the past three weeks, almost 2 million of them to neighboring Poland.

Asked about the danger involved, Czech Prime Minister Petr Fiala told reporters on Wednesday after returning from Ukraine that he believes the risk is worth it.

“There are situations where you have to make your own decisions, and I made the decision I made,” said the 57-year-old.

He told his wife about his plans but asked her not to tell his mother and three children.

“You found out about it when it was released.”

On Tuesday morning they traveled by special train from Poland’s eastern border to Ukraine. When the trip became public, they were on their way to the capital.

A social media post on Wednesday showed Fiala wearing a flak jacket and helmet, looking at a cell phone and standing between two beds in a narrow, rudimentary sleeping compartment.

It was unclear whether Russia knew about the visit.

Fiala posted on his Facebook page that the international community has been informed through international bodies such as the United Nations.

“We would like to have someone with whom we can have credible discussions in Russia, but Russia is no longer a reasonable interlocutor,” he said on Wednesday.

The Kremlin did not immediately respond to a request for comment on whether it had drawn attention to Tuesday’s mission and agreed to ensure safe passage.

According to a European diplomatic source, the plan was first mentioned to Charles Michel, President of the European Council, on the sidelines of the Versailles Summit.

Morawiecki then let Michel and European Commission President Ursula von der Leyen know on Monday that they planned to travel the next day, according to an EU official. There was no European mandate.

It’s not clear who else was approached to join them. According to the diplomat, French President Emmanuel Macron was not asked, nor was Chancellor Olaf Scholz, a spokesman said.

Slovakian Prime Minister Eduard Heger had consulted his security services on this, said a government spokeswoman, but had been strongly advised not to do so.

The morning the four politicians and their small entourage of advisers and security personnel entered Ukraine, at least five people had been killed in airstrikes and shelling from Kyiv as Russia’s attack intensified.

The city’s mayor, Vitali Klitschko, declared a 35-hour curfew on Tuesday evening and said the capital was facing a “dangerous moment”.

Thousands of people were killed in the conflict. Russia calls its actions a “special operation” to demilitarize and “denazify” Ukraine, a charge Kyiv denies as a false pretext for an invasion.

A participant in the mission, who declined to be named due to the sensitivity of the visit, said the train journey took about 10 hours and it was getting dark by the time they reached Kyiv.

The delegation was taken in vans through largely empty streets to the presidential palace, where they waited around four hours for President Volodymyr Zelenskyy. They were not allowed to use their cell phones during this time.

After the meeting, which lasted about 2.5 hours, they spoke to a small group of reporters before returning to Europe, and the attendee said they probably slept about three hours throughout the trip.

According to a Reuters witness, sandbags were piled up at various points around the palace and heavily armed Ukrainian security personnel escorted the delegation with flashlights through darkened corridors to avoid targeting the building.

The casually dressed leaders gave a press conference in which they expressed their support for Ukraine’s aspirations to join the European Union and their admiration for the country’s resilience.

“The main message of our mission is to say that you are not alone. Europe stands by your country,” said Fiala.

DAMN IF YOU DO…

While the mission had many admirers, some EU sources said it raised eyebrows from some member states concerned that a major incident involving the delegation could have drawn them closer to a direct confrontation with Russia .

Polish state media, which largely support Kaczynski’s PiS party, and Morawiecki himself have drawn parallels between the Kiev mission and a trip to Georgia by Kaczynski’s late twin brother Lech in 2008 during tensions with Russia.

Lech Kaczynski, then President of Poland, came under fire near a breakaway Georgian province backed by Moscow and vehemently proposed against what he called Russian “imperialism”.

“There is always another step. If you allow imperialists, more and more countries will have their turn,” the presidential adviser told Polish television at the time.

Lech Kaczynski died in 2010 when his plane crashed in thick fog over western Russia.

Radek Sikorski, MEP from the main Polish opposition party Civic Platform, criticized Jaroslaw Kaczynski’s participation in the Ukraine mission and said on Twitter that it smacks of a PR stunt.

Slovak Prime Minister Heger’s Defense Minister Jaroslav Nad took to Facebook to defend his leader’s decision not to attend the trip after a media backlash.

“I stand behind … Heger and keep saying it was the right decision,” he wrote.

It is unclear if the mission will have a significant impact on the war. Kaczynski suggested sending an international peacekeeping mission to Ukraine, but the idea doesn’t seem to have caught on immediately in talks between Kyiv and Moscow.

The symbolism of the trip, however, did not escape Zelenskyy, who has vowed to fight off the Russians and urged the West to impose a no-fly zone over Ukraine.

Noting that many ambassadors had left Kyiv, he said visiting leaders “were not afraid of anything.”

Olympic figure skating champion Chen is worlds out due to injury

When is Rihanna's baby coming? 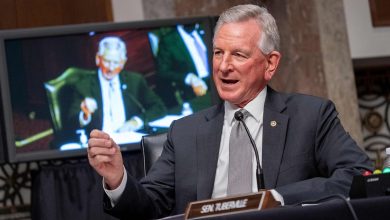 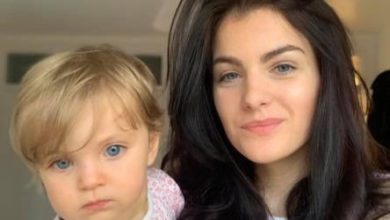 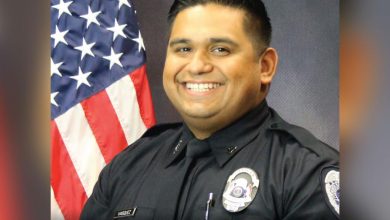 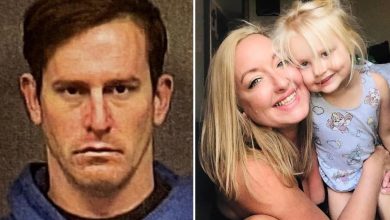