The Pioneer Woman made a chocolatey breakfast that’s so sweet she dubbed it “dessert.” Here’s how to do it Ree Drummond‘s Double Chocolate Chip Pancakes.

Drummond says one of her favorite ways to quickly get a pancake Breakfast on the table is the use of boxed pancake mixes. “One of my favorite quick and easy ways to get pancakes on the table is to use a ready-made pancake mix and then flavor it,” Drummond continues The Pioneer Woman Show. “And you can take it in so many different directions.”

Drummond likes to use 10-grain or multi-grain pancake mixes. She says she prefers this type of mix because she wants her breakfast to have some nutritional value. “And then, of course, you can add as much whipped cream and caramel sauce as you like,” jokes Drummond. Next, she adds milk, melted butter, sugar, and an egg and whisks the ingredients together.

Drummond says she likes pancakes, but doesn’t feel the need to eat lots of them at once. She says portion control is key, especially if you’re concerned about calorie intake.

“I love pancakes and I wouldn’t eat them every morning of my life,” says Drummond. “But you can make pancakes and just eat one or two. You don’t have to have a stack of pancakes that reaches to the ceiling. So it doesn’t have to be a crazy calorie blast.”

For the next step, Drummond adds dark chocolate chips and white chocolate chips and fold them together into the pancake batter. You can also add granola, chopped strawberries, blueberries, or chopped apples. Drummond says if you want to add some “fruitiness” to your pancakes, you can add canned food. Another tip she gives is if you want your pancakes to be flatter, just add more milk to thin the batter.

Next, Drummond butters a griddle and sets it on medium-low heat. Then she spoons about ¼ cup of pancake mix per pancake onto the griddle. She says she “babysits” the pancakes while they’re on low so they don’t burn. Once the pancake looks like it’s about to turn golden, she flips it. Drummond says one thing she loves about homemade pancakes is that no two pancakes look the same.

“This isn’t a pancake house situation where there’s some sort of assembly line,” jokes Drummond. “I don’t even think there is; I don’t know why I said that,” she quickly adds.

Put the finishing touches on pancakes

Drummond says you can stack your pancakes, but she prefers to overlap her pancakes in a plate. Paige says the arrangement is almost like a flower. She puts a stick of butter in the middle of the pancakes. Then Drummond pours in syrup and chocolate sauce on the pancakes. For the finishing touches, she drizzles whipped cream on top and sprinkles chocolate chips and caramel sauce on top. “They call them dessert pancakes around here,” says Drummond.

Drummond says it’s not a healthy breakfast, but it’s quick and easy. “This is dessert; You can’t convince me otherwise,” Drummond says at the end of her show.

TIED TOGETHER: Pioneer Ree Drummond Refuses to Eat This for Breakfast (And It’s Not Bananas)

I was sent a photo of my husband being bound and taped by kidnappers and demanding a $680,000 ransom 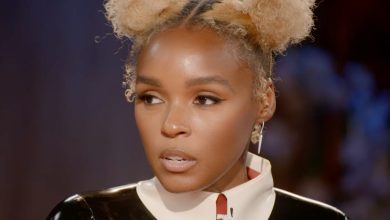 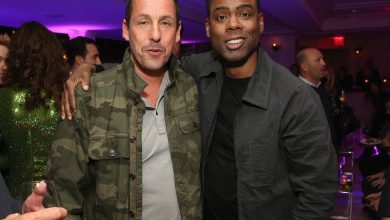 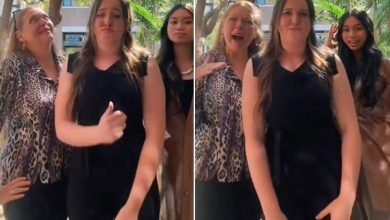