The partner of New York City subway shooting victim Daniel Enriquez railed against rampant Big Apple transit violence on Monday – when he said the man who was killed took the subway because he no longer wanted to pay Uber’s fares.

“He stopped taking Uber maybe a few weeks ago,” Adam Pollack, 54, told the Post. “He always took Uber. Has to work since the pandemic, you know, and on Sundays too.

“He wasn’t a subway guy,” Pollack said. “It was the price increase, the $40 each way. He just didn’t want to, so he quit about two weeks ago and went back to the subway.”

He now blames rising crime in the city’s subway system for taking the life of his 18-year-old partner.

“It keeps happening and nobody does anything,” Pollack said. “He wanted brunch. It’s just so random. you will catch [the killer] Yes and? Is anyone really upset? Will anything change?”

“There are so many crazy people on the subway,” Pollack said. “There is no money to fix the homeless. The people who work from home, everyone who is richer is at home and works from home. They do not care. Nothing will change.”

Enriquez, 48, was in the last car of a Q train bound for Manhattan around 11:42 a.m. Sunday when a deranged gunman shot him in the chest, fatally wounding him.

Police said the shooting was accidental and unprovoked.

The gunman, who is still at large, fled the Canal Street station, leaving Enriquez dying on the subway floor.

Pollack, who says he met Enriquez in 2004, said his partner, who works for Goldman Sachs, typically stayed away from the subways until recently, opting to use Uber to make the 20-minute commute to work — until price hikes pushed him back into the tube tubes.

He said Enriquez went to work four days a week and on Sundays to shoot billiards and then brunch at a bar in Manhattan.

“He was going to have brunch with his brother at Juliette’s in Williamsburg,” Pollack said. “I don’t know why he started taking the subway. He said it was a price increase for Uber.

“He stopped taking Uber maybe a few weeks ago,” he said. “He always took Uber. Has to work since the pandemic, you know, and on Sundays too. He wasn’t a subway person. It was the price increase, the $40 each way. He just didn’t want to, so he quit about two weeks ago and went back to the subway.”

Pollack said Enriquez was born in Williamsburg but moved to California with his family as a young child and later moved to Seattle before returning to the Big Apple to attend New York University.

Pollack said his partner was a gifted and talented man with a master’s degree in Latin studies.

Enriquez was teaching himself to play guitar early in the pandemic lockdown and had learned Italian and Portuguese alongside the English and Spanish he grew up speaking.

Pollack said Enriquez’s parents are from the Mexican city of Chiautla.

“He was a nice, interesting person,” he said. “A lot of depth is going on.”

But he said Enriquez moved back to the city in the ’90s “when New York City was like Disney World. Now there are people walking around who don’t need to walk around.”

He said the senseless death of his partner only reinforced his fear of the subway and rampant crime, which he says has plagued the system.

“I’m not into bogus money, political correctness,” he added. “It has to be a real change.

“It wasn’t racially motivated,” he said of Enriquez’s killing. “It was incredibly motivated.” 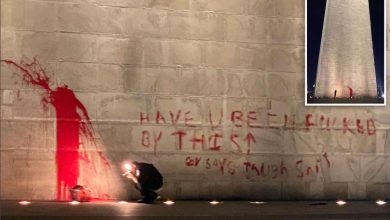 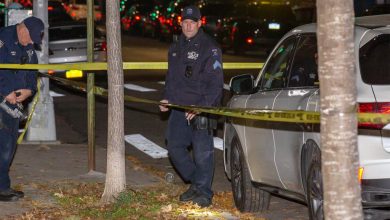 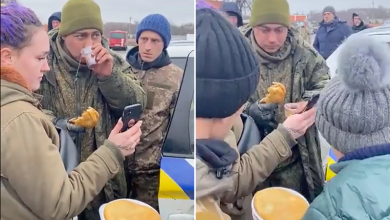 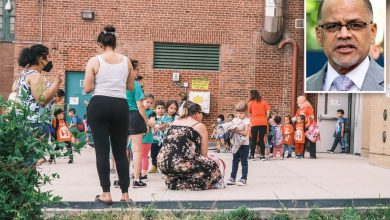