A TEXAS mother has pleaded guilty to orchestrating the murder of her husband, who was shot seven times outside her family’s home in 2020.

Jennifer Faith, 49, convinced boyfriend Darrin Lopez to kill her husband Jamie Faith and then planned to cover it up, police say.

Jamie was leaving the house with Jennifer for a morning walk with her dog when a masked individual shot him seven times – three times in the head, three times in the chest and one in the groin – before driving off in a black truck with a “T” -Sticker, according to recorded video footage.

Jennifer claimed she was also attacked and the gunman taped her. Jamie was pronounced dead at the scene.

After the murder, recently widowed Jennifer went on local television in her Dallas area and asked the killer to come forward.

“I just hope that maybe someday that person realizes the gravity of what they’ve done and feels guilty enough to speak up.” 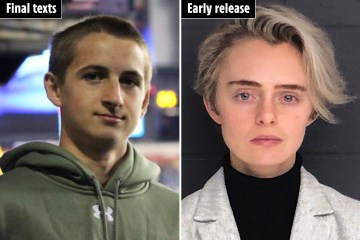 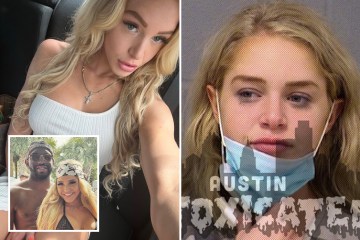 Jennifer and Jamie, an American Airlines executive, met on a blind date 15 years before the tragedy. The couple had been married since 2012 and Jamie had legally adopted Jennifer’s daughter from her first marriage.

The couple moved to Dallas from Arizona in 2017, years before Jennifer reconnected with her high school sweetheart Lopez, an Army veteran.

Police uncovered the reality of the case after checking Jennifer’s phone and discovering that she was having an emotional affair with Lopez, who sustained a traumatic brain injury while serving in the Army that left him disabled.

Authorities tracked Lopez’s financial records and aerial surveillance of his Tennessee home, where they discovered he was driving a black Nissan truck with a “T” sticker.

Law enforcement arrested Lopez in January 2021 and conducted searches of his vehicle and home, where they discovered the suspected murder weapon, credit cards in Jennifer Faith’s name, and a mask that matched the description of the face mask that Jennifer said belonged to the shooter had worn .

Lopez was charged with Jamie’s murder, but Jennifer suspiciously kept in touch with him while he was in custody.

Both before and after the murder, Jennifer sent Lopez money and gifts, even providing him with two credit cards, which she paid for with proceeds from a GoFundMe fundraiser called Support Jennifer Faith, started by the community following Jamie’s death.

Lopez eventually admitted to authorities that Jennifer asked him to help her kill her husband.

Lopez claimed to have driven to Texas from Tennessee to kill Jamie. He also said that he shot Jamie in the groin over alleged abuse allegations Jennifer had against Jamie.

Prosecutors arrested Jennifer in February 2021 for obstruction of justice.

The charges came as authorities recovered texts from Jennifer to Lopez, which read, “I think you need to remove that sticker ASAP… like today.”

The lyrics revealed that she knew Lopez could be a suspect in Jamie’s murder but contacted him instead of the police.

Jennifer also admitted that she and Lopez coordinated their cover stories.

“If they ask about you, you’re an old friend getting divorced. We talk every night because I help/support the girls,” she wrote.

“Just in case they pull phone records and ask.”

In September 2021, prosecutors added a charge of contract killing — a crime that carries a potential death sentence.

When Jennifer pleaded guilty to murder in February, prosecutors offered to drop the disability charges and recommend life in prison.

Jennifer is scheduled to be sentenced on May 26.

https://www.thesun.co.uk/news/18219504/jennifer-jamie-faith-mystery-murder-coverup-shot-texas/ The mysterious murder of Jamie Faith, who was gunned down while walking the dog, has been solved after police uncovered the elaborate ‘cover-up’. 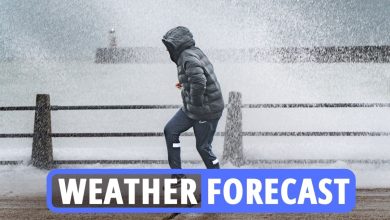 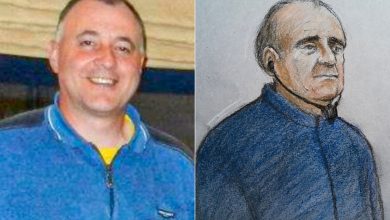 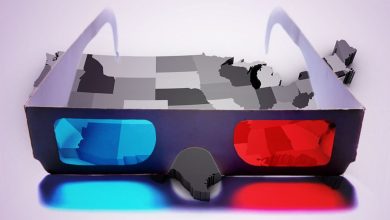 What do Democrats and Republicans really believe in in 2022? That will decide midterm 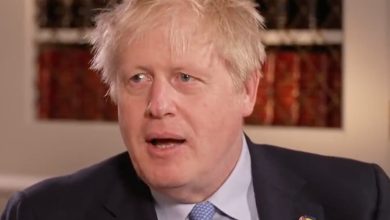