This week in dance music: we dive in new electronic music genre formed as part of a psychedelic renaissance, was summary of IMS Ibiza’s live comeback this April, saw Ducky get out of music industry, has a new single from deadmau5 and Portugal. The Man Only Available As NFT And Saw Lady Gaga Dawn Of Chromatica increase again to the top of the Dance/Electronic album.

Plus, this week sees a flurry of new music from a bunch of extra stars. Let’s dig inside.

Alison Wonderland, “Fuck U Love U”

Alison Wonderland has never been a quiet person, and her latest single turns a nervous artist’s pain into a bit of brilliance. We really want Wonderland to be happy, but her bass sounds pretty amazing – literally, these highs shake our souls. The best audio tricks appear in the second half of the song, winding and tangling in a delightful background of noise that matches the violent color patterns of the official lyrics video by the electronic boss. listen to Elohim direct. This is a team for the ages, catering to mental breakdowns with a side of glamour. Honestly, we’re here for it. – KAT BEIN

3rd single from Lane 8’s coming soon Revival The LP (released January 21 through the producer’s own This Never Happened print) maintains the lush, natural quality that characterizes most of Lane 8’s work. Thick “Nuclear Lethargy” up to explosive levels, before turning right into dark sparkles as the rock evaporates beneath them before the whole thing unfolds through the same elaborate build/release pattern that has long created so born artist Daniel Goldstein, one of the smartest and most consistent artists on the progressive home scene. – KATIE BAIN

UK legend William Orbit is back with his first solo release in seven years, dazzling Starbeam EP. Through Anjunadeep, the four-track EP includes the previously released stunning soundtrack of the title track, elegant piano folding, and equally exquisite digital production into an immersive attempt at expression. the natural shimmer of the title. “Wordsworth” has more downtempo/dubbed tunes, while the seven-minute “Diso” is the simplest dance track of the bunch, with pounding piano pieces and a pounding beat that feels like flying. Meanwhile “Águilas” – a collaboration with Colombian/Canadian vocalist Lido Pimienta – delivers a soaring global finale. A three-time Grammy Award winner, longtime electronics legend and all-around icon, Orbit has worked with everyone from U2 to Britney Spears to Blur, Robbie Williams and Madonna, whom he has co-produced. the movie “Ray Of Light” is slightly acidic. and the rest of the 1998 LP of the same name since it appeared. – K. Bain

Illenium With Sueco & Trippie Redd, “Story Of My Life”

After recording his first Grammy nomination late last month (for his 2021 LP embers fall), Illenium is back with more punk/pop-oriented, bigger bass hits, that’s his mark. “Story Of My Life” is a collaboration with Sueco, the singer/rapper formerly known as Sueco the Child, who explode on TikTok in 2019 through his single, “Fast”. Sueco produces a pleasing performance, sounding as if it makes his chords disjointed, while Trippie Redd downshifts to provide slightly smoother vocal layers. This was a particularly difficult track for producer Nick Miller, with parts of both industrial-grade dubstep and hammer rock guitar. This weekend Illenium will also make it difficult for itself Ember Shores festival, taking place in Cancun, Mexico. – K. Bain

More than just an album, Flexibility theory by Namibian producer Gina Jeanz is a symbol of victory in the face of grief, lack of confidence and anxiety. LP crosses several sounds on its nine songs, from amapiano to R&B to future bass, with Jeanz being almost joined by singers of African descent including Moonga K., Jordan Baker and Sio. In the rare solo track and album close to “100ml”, she shines. Inspired by conquering anxiety attacks, it has joie de vivre in an expansive, jubilant and sublime energy.

“Being able to produce my own music in these uncertain times has brought me so much healing,” Jeanz writes. “It’s really the kind of space where I can be my true self without thinking about it. However, this was threatened by my inner narrator, fueled by many of the ideas people have for my career, and this discouraged me from questioning if I wanted to be a professional. to be in music. For the first time in a long time, with this album, I know if I really want to enjoy music again, I have to do it freely and without fear. This is my story, this is my healing, this is my theory.” – KRYSTAL RODRIGUEZ

“We’re bringing you summer in December,” Yung Bae said of his new song with Cosmo’s Midnight, “Straight Up Relaxin”. On the latest single from the upcoming album by future funk artists, Continental Trench (Face A), a trio of fine artists crafted a tune that from its first notes opened the door to pool parties and beach retreats – imagine this song playing. Play while lounging on your favorite swim float. With fluid bass, rippling synth keys, and clear vocals, “Straight Up Relaxin’s is a prescription for sunshine, sand, and peace of mind. – KR

Bring your roller skates and be ready to stay up all night. Piano queen LP Giobbi pairs with funk bass master Born Dirty, and the mix is ​​a shimmering slice of happy disco boogie. Heavy beats, tonal accents sparkle like bell bottoms glisten in mirror shadows, and grooves run as deep as our love of star-shaped sunglasses. This is the first official collaboration between the producers, but if this sounds like when the worlds collide, we hope they’ll sign up for another couple’s skating session soon. – K. Bein

’90s and early ’90s electronic icon Crystal Method blew the damn door away with its latest release, “Do it Right”. On top of that, the repulsive bass serves as the foundation for fast, sinewy streams from Boston rapper Billy Dean Thomas, who performs as The Queer BIG, while The Crystal Method’s Scott Kirkland slowly turns the wheel. on the forward bass track, elevate it to a festive opening party with horns that sound like an elephant’s trumpet and powerful beats that will take your breath away. last minute. “Act Right” is the second single from The Crystal Method’s upcoming LP Trip, slated for release this February through Ultra Records – K. Bain 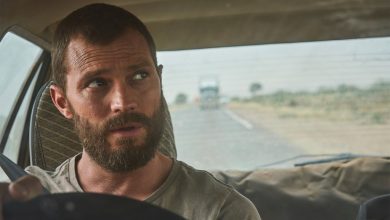 Why you need to see Jamie Dornan in ‘The Tourist’ 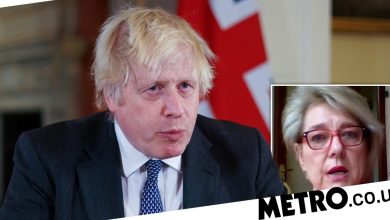 Omicron: Boris Johnson ‘talking about hysteria and variation can be of great help’ 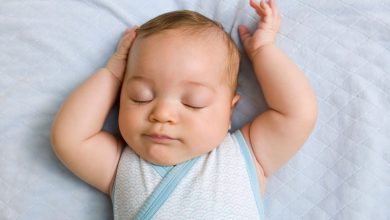 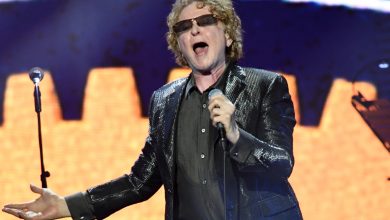