With Christmas fast approaching, the nation is hastily compiling playlists of the best festive bangers to get in some much-needed cheer.

While all Christmas carols are inherently at least partially embarrassing, there are some cool kids out there — your “New York Tales,” your “Christmas wrap.”

The songs on this list, however, are decidedly not. They’re cheesy, crunchy, and occasionally a little weird, which is a vibe I think you should aim for over the festive period. If you’re really embarrassed to be seen singing along to any of these songs, you’ve come to the right place.

Here are 10 of the best Christmas carols that we’re all ashamed to admit we secretly love, perfectly timed for you to terrorize your family and friends for weeks to come…

“Do you know it’s Christmas?” – Pavement

Back in 1984, Bob Geldof and the Band Aid kids thought they were going to release a nice song about the magic of Christmas and feeding the world, without realizing (or maybe not caring) that Africa is actually quite big and the lyrics “there win t be snow in Africa this Christmastime” are simply not true. In theory, we should all be too politically conscious to enjoy “Do They Know It’s Christmas,” but it’s hard not to belt out when you hear it — even grimacing when Bono sings, “Well, today Evening, thank God it’s them instead of you.” Yikes…

Who doesn’t love a little glam rock for Christmas? “Christmas Time” is arguably the most insistently festive song out there, but we’ll always have a soft spot for it. For one, it was created almost entirely so Justin Hawkins could get away with singing the words “b*****d” and “ringpiece” on TV, which is objectively very funny. Also, I once saw The Darkness sing this on a Pointless celebs Christmas special that’s about as uncool (and therefore amazing) as they come.

Leona Lewis is perhaps best known for winning The x factor Back when it was actually good and her smash of a debut single “Bleeding Love” but her festival song “One More Sleep” has slowly but secretly worked its way into the Christmas music canon over the years. While we hate something about the title phrase, there’s no denying the song clap.

The question mark in the title of Barbra Streisand’s version of “Jingle Bells” tells you everything you need to know about the song. Recorded in 1967, this messy cover art is better known as “Jingle Bells (Demon Possession Version)” where Streisand tears through the lyrics faster than an open buggy, interspersing plenty of adlibs and insane cackle. Every time I put this on, one of my friends tells me to turn it off immediately because it feels like a festive, musical panic attack. Fun!

Nothing says ’90s more than “Stay Another Day” — honestly, with TikTok’s obsession with nostalgia, I wouldn’t be surprised if we didn’t all wear white fur parkas and black sunglasses for the next few months. Tony Mortimer wrote the song about his brother’s suicide, making for a surprisingly poignant and somber number, but between the whiny voices and the ridiculous video it still manages to feel festive. Which brings us to the age-old question: Is it even a Christmas carol? Yes, because some bells ring at the end and there is snow in the video. Next!

I hesitate to add “Mistletoe” to this list because I believe any Christmas carol with the lyrics “Shawty, with you” is irrevocable and deserves a war crimes indictment. Unfortunately I’ve seen the effect this song has on people and they just love it! I accept defeat, but only on the condition that everyone is much more embarrassed to like this in the future.

To me, Slade’s Christmas carol is like a car crash – scary, but you can’t quite look away. With Noddy Holder screeching about your rock ‘n’ roll granny, “Merry Xmas Everybody” is certainly one of the worst, but it’s been around for so long we’ve just accepted it as a part of life. If you really want to overwhelm your family this year, I recommend this incredible YouTube version, which replaces the entire song with the opening lyrics: “Hang your stocking on the wall?” over and over again. Carnage guaranteed.

On paper, A Spaceman Came Traveling is a nice retelling of the nativity story. But there’s just so fake seriousness to the sound of it all, which I attribute largely to the endless chorus of “la la la”. Chances are your mom probably liked it growing up, which means it will always hold a slightly special place in your heart.

Coldplay’s “Christmas Lights” is just embarrassing to admit you like it because it’s Coldplay – if you didn’t know it was them, this would be a straight up great song. Unfortunately, Chris Martin’s soft tones are pretty much inevitable, but I’m willing to accept them here (and only here) because they work better on a celebratory song than any of the band’s other regular pop numbers.

There are few lyrics on this earth as bad as “Christmas time, mistletoe and wine/ Children sing Christian rhymes”… and yet I can’t not sing along. I blame the mention of wine…

https://www.independent.co.uk/arts-entertainment/music/news/christmas-songs-best-embarrassing-b2246704.html The 10 Christmas Songs We’re Ashamed to Admit We Love 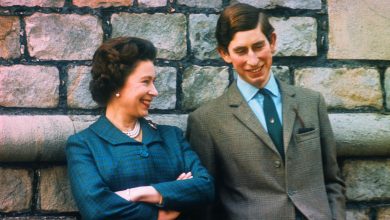 Why Queen Elizabeth “banned” this 1969 document on the Royal Family 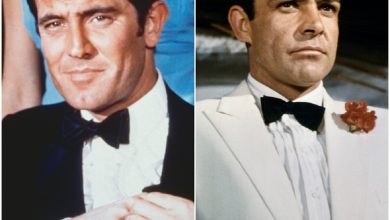 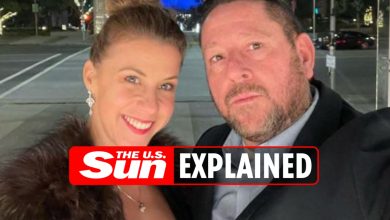