It’s that time of year to look through the hundreds of shows that have aired on TV and pick the best ones. This year saw a particularly rich offering of offerings in every genre, ranging from comedy to epic fantasy to prestigious drama.

Science fiction thrillers can tend to be cold and distant, or they can be unnerving in their endless mysteries. But somehow “Severance” – which follows employees of a mysterious company who have a process for literally shaping their “work-life balance” – managed to be warm, welcoming and often funny. At the same time, it had a plot full of intrigue, mystery, suspense and danger. It’s among the best offerings in the genre in recent years and has a killer cast that includes Adam Scott, Patricia Arquette and Christopher Walken. It’s a show that kept the audience engaged without keeping us at a distance.

“The Rings of Power”, Prime Video

TV hasn’t felt this truly epic in a long time. Rings of Power wasn’t flawless (some Numenor plots dragged on a bit). But overall, this show juggled a lot of far-flung storylines with ease as it danced around following elves, dwarves, harfoots and even Sauron in disguise. It was a visual feast, a grand adventure, and the audio kept the spirit of the Peter Jackson film trilogy while enriching that world. This show came with expectations as high as its price tag. While not all of them were fulfilled for all viewers, it still delivered a story that felt downright cinematic.

“House of the Dragon,” HBO

The Game of Thrones prequel series had a clunky script, and those time jumps were brutal momentum killers for both plot and plot and the character development. But notwithstanding its many flaws, “HOTD” became a date show, sparking a level of watercooler talk that television hadn’t seen on such a widespread scale since the original “GoT.” It’s why it’s ranked among the best shows of the year, for showing that a show that feels like a phenomenon that everyone and their mom will watch — and freak out about — isn’t a thing of the past after all.

Based on a 1979 modern classic, this story follows Dana (Mallori Johnson) and her love interest Kevin (Micah Stock) as they are inexplicably transported from today to a pre-Civil War plantation where she has ancestry. Despite dealing with heavy material like slavery, the show manages to have plenty of wit and moments of lightness. It also makes many changes to the book while staying true to its spirit. It’s as thought-provoking and as harrowing as a show dealing with such topics should be. But it’s also far from ruthlessly gloomy.

“Interview with the Vampire,” AMC

Whether or not you’ve read the 1976 novel by Anne Rice, seen the 1994 film starring Brad Pitt and Tom Cruise, or are new to this story, this show has something for everyone who enjoys some goofy goth stuff. It follows Louis de Pointe du Lac (Jacob Anderson) from the present to early 1900s New Orleans as he recounts his life and relationship with his volatile vampire father, Lestat de Lioncourt (Sam Reid). The show updates this story for modern times while delivering a gory vampire opera tale that is as dramatic and atmospheric as it is just plain fun.

Jeff Bridges made a triumphant debut on the television series as the grumpy Dan Chase, a 70-year-old ex-spy brought back from the cold to do battle with his old nemesis, Iraqi warlord Faraz Hamzad (Navid Negahban), who has always… still harbors a grudge. A-list supporting cast includes John Lithgow, Alia Shawkat, EJ Bonilla and Amy Brenneman, all of whom will return for Season 2.

It takes a lot to impress this old warhorse, especially when it comes to sitcoms that are so often just a mishmash of each other with the same tired, familiar tropes. So Help Me Todd avoids those pitfalls, thanks to a scintillating script and stars Marcia Gay Harden and Skylar Astin. She’s a top-notch, no-nonsense attorney and he’s her goofy, irresponsible grown-up son who she hires to work for her as an investigator. Their chemistry is palpable and they fire off one-liners with aplomb. This one will stay for a while.

You don’t have to be a country music connoisseur to enjoy this riveting (dramatized) look at George Jones and Tammy Wynette, the storied country couple whose romance — through thick and thin — is the focus of the terrific six-part series starring Michael Shannon and Jessica Chastain , both of whom should earn Emmy nods for their insightful performances.

Steve Carell and Domhnall Gleeson were both terrific in this terrifying 10-part psychological drama about a serial killer (Gleeson) who kidnaps and imprisons his bearded therapist (Carell) – and enlists him to cure him of his murderous tendencies… or his next victim to become. It’s a game of cat and mouse that will have you hooked to the edge of your seat with every step you take.

It was time to end the saga of attorney Jimmy McGill-turned-Saul Goodman in this Breaking Bad prequel. And they got it right – not only by including several “BB” characters in the ever-changing timeline (past, present and future), but also by neatly tying up loose ends and answering all the labyrinthine questions, leading to a satisfying (if bittersweet) series finale that will continue to resonate with fans of both shows.

“What we do in the shadows”, FX

Yes, yes, I know. It’s been running for a while now (four seasons now – and renewed for seasons 5 and 6). But the Staten Island vampire comedy is as spicy as ever, and I’m amazed at how much humor — both overt and under the radar — its writers can cram into each 22-minute episode. The all-star cast helps as it’s all in the delivery: Matt Berry, Natasia Demetriou, Kayvan Novak, Mark Proksch and Harvey Guillen.

Accused baby-faced NYC killer Zyaire Crumbley was already on parole for robbery, wanted in 3 others 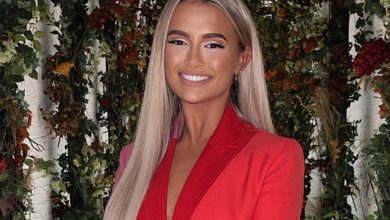 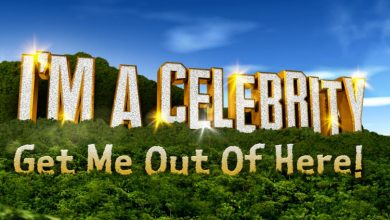 Where is “I’m a Celebrity 2022” filmed? The jungle that isn’t actually a jungle 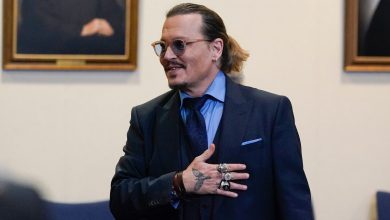 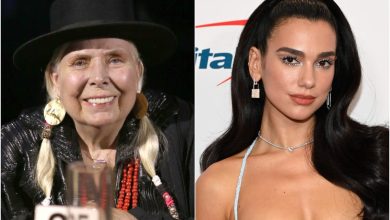