While Mayor Eric Adams gives every action and utterance he deserves scrutiny, he only deserves credit for something he actually does not do — namely, he doesn’t deliver any of his predecessor’s boring, morale-sapping, and angst-ridden daily COVID briefings in front of TV cameras.

This is an unannounced, momentous blow. Even when Mayor Bill de Blasio was forced by facts to deliver optimistic news, the mere act of making the coronavirus the #1 topic on the daily news agenda lent the data an urgency out of proportion to necessity or reality .

There is much to criticize if Adams continues to push through the vaccination mandate for private employers drop it for athletes and entertainers. But his overall strategy of downgrading COVID to just one challenge among many is just in time.

What a relief not to be lectured every morning by our mayor, flanked by health officials and bearing scary charts warning ‘It’s not over yet’, long after most enlightened citizens had gotten on with their lives, even though they were aware of (constantly decreasing) risk. Adams lets us wake up in a city once again full of promise and not cursed by biological destiny.

If de Blasio was still controlling the mic, we’d only hear from her Omicron subvariant and its (dubious) potential to fill emergency rooms and deplete our supply of ventilators.

When I was growing up in the 1950s, polio—then the most feared viral disease in the United States and especially dangerous for children—paralyzed tens of thousands of children every year in a country with less than half the population today.

The introduction of a vaccine in 1955 reduced the toll to zero within 25 years. Families remained cautious about their children’s exposure. But at no point did society or even the school come to a standstill.

Can you imagine how different it would have been if elected officials had held daily radio or television briefings replete with warnings not to “let our guard down”?

For all his cheerleading skills, Adams still has a lot to make of one Dent in rising crime or restoring a commitment to excellence in schools. He might turn out to be more talk than substance, although it’s far too early to tell.

But while those exploits might take time, he has moved quickly to rouse the citizenry from a gloomy slumber. Office occupancy in Manhattan barely increased 20% in December 2021 to almost 38% last week – well below where it should be, but still moving in the right direction.

Something had to do with it dramatic decrease in the number of infections. But this lifelong New Yorker can see and smell the mood swing caused by Adams’ aversion to COVID hype.

The simple fact is that for almost all vaccinated individuals, COVID is usually a lot less unnerving than common winter flu. The “mild” flu that my wife and I somehow contracted on a recent vacation to Florida was more debilitating and longer lasting than the recent COVID cases among our friends.

Of course, De Blasio wasn’t the only one who scared everyone to death. The New York Times’ relentless emphasis on viral spread kept many impressionable Big Apple scaredy cats in their homes long after the danger had largely passed. (Some have yet to emerge, subsisting on junk food and reminders that “1,000 Americans die of COVID every day,” which is two-thirds fewer than the daily deaths from cancer.)

In New York City, the daily seven-day average of confirmed and probable COVID deaths on March 21 was five the health department. Five in a city of 8.3 million people. Almost all of the victims were unvaccinated, elderly, and had comorbidities.

The last three virus “waves” in the Big Apple combined killed far fewer city dwellers than the single, first nightmarish attack of 2020 that claimed 22,000 lives when images of the overwhelmed Elmhurst Hospital helped turn the world’s most vibrant city into a ghost town.

But Adams gets it, even when other elected officials don’t. specific, Daily updates from Governor Kathy Hochul on the state’s ‘progress’ against COVID give lovers of big government’s violent tactics hope for future lockdowns

Adams’ daily silence about upticks, downticks, and sublines tells a different story: New York City is bigger than a plague that will clearly pass, no matter how naysayers wish it wouldn’t.

https://nypost.com/2022/03/24/thank-you-mayor-adams-for-not-subjecting-us-to-daily-covid-briefings/ Thank you Mayor Adams for not subjecting us to daily COVID briefings

Kieran Tierney's opener was thwarted by a controversial penalty for Poland 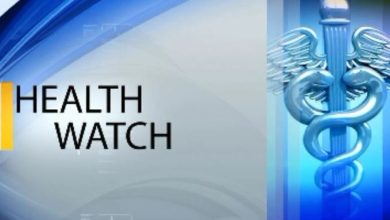 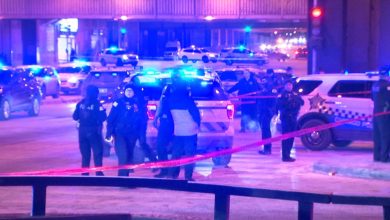 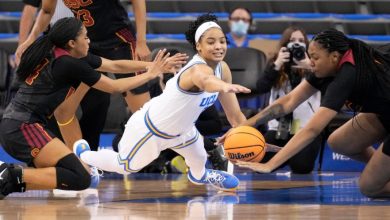