Time is running out and it is clear to me that the Conservatives must provide TfL with the funding arrangement they urgently need to keep the London services running.

The situation is amazing. The coronavirus pandemic has meant, understandably, fewer people using TfL services over the past year, resulting in a financial shortfall. TfL lost 95% of its ticket income at the beginning of the pandemic.

While Londoners have done the right thing, by working from home to protect the NHS, the Government now refuses to acknowledge this sacrifice and give TfL the funding they need. Instead, the Government wants to punish the people of London.

This funding crisis means bus service faces a reduction of nearly a fifth, as well as 10% of tube services. And as Mayor of London Sadiq Khan said a the whole pipe can be closed if the Central Government does not provide the necessary funding.

It was shocking. The government is mocking politics and Londoners and that is simply not right or fair.

The mayor has said that there is no UK recovery from the pandemic without a London recovery, and he is right. This is not a problem unique to London.

The Government’s refusal to provide the necessary funding may directly pose a risk 43,000 jobs outside of London. So it’s time for the Tories to recognize and acknowledge the vital role Transport for London plays not only in London’s economic recovery and prosperity, but across the UK as a whole.

It is quite clear to me that the Conservative Party is not London’s friend. There’s growing evidence that Boris Johnson doesn’t care much about winning, and if that means cutting TfL funding cost us bus service, more safer travel options, or if the Bakerloo line, which passes through my constituency in Brent, is closed, it’s all in the Tories plan.

If it results in Londoners being so upset that they blame the Mayor of London, not the Government, then so be it. Johnson would say “Job done”. But I say there’s absolutely no way we should allow the Tories to take the lead by liar Boris Johnson to get rid of it.

Millions of people, not just Londoners, rely on London’s transport system. And if we are to hit the crucial target of hitting the UK’s net zero target by 2050, we need an efficient green transport system to thrive. That means investing, not forcing declines.

The number of commuters taking the subway is at 65% of normal usage, and the bus is around 75% – partly because commuters don’t return to the office five days a week. Governments should find ways to support this new way of working while also supporting transport networks and the environment.

When you take our neighbour, Paris, they only need to increase less than 50% from fares for their rail infrastructure, whereas here TfL has to increase their fare income by 72%. It’s just not fair.

We have only three days left to send a strong message to the Government that we reject the managed decline of transport services. As TSSA Secretary General, Manuel Cortes, has said, we have to say quite clearly that the Government has to step up before services shut down.

I was recently elected Speaker of London’s Labor MPs, and I can tell you they are furious at the attitude of the Government. The Tories often talk about upgrading, but the only thing they are doing by refusing to give TfL the funding they need is leveling London and the country.

Readers can help us send a strong message to the Government by asking your local MP sign my movement call for long-term, safe funding.

I hope it’s not too late by the time this article is published – but the lesson we all must learn is that Boris Johnson and his Tory Government are not London’s friends and we never will. forget what they did to our transportation network.

THAN : Metro and bus services face cuts as TfL will ‘run out of money’ in 4 days

THAN : London braced for more pipe strikes after ‘threatened’ 600 jobs 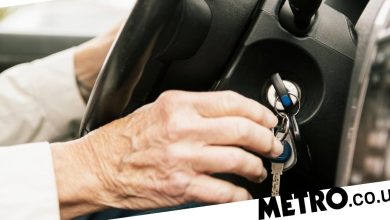 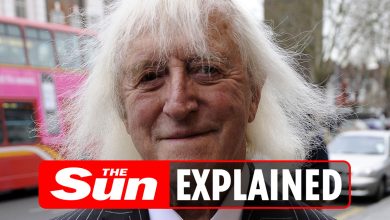 Did Jimmy Savile get caught? 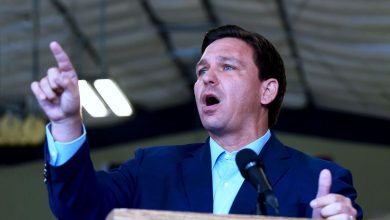 Ron DeSantis hunts during press conference: “This governor is the enemy of the people” 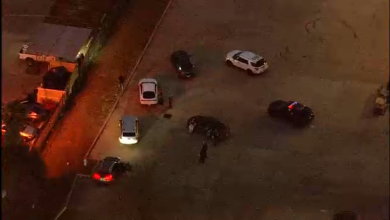