When a gun suspect becomes frustrated and belligerent that his demands are not being met, Rabbi Charlie Cytron-Walker feels he is facing a life-and-death situation, and he says he knows he must take desperate measures if he and the two other hostages are to survive.

“I guess you do what you have to do,” Cytron-Walker said in an interview with CBS News on Monday morning, recounted Saturday’s hour-long hostage siege at the Beth Israel Congregation synagogue in Colleyville, Texas.

Cytron-Walker said he was at the synagogue preparing for Shabbat services when the suspect, identified by the FBI as 44-year-old British citizen Malik Faisal Akram, knocked on the window of his temple near Fort Worth. Cytron-Walker offered him tea, thinking he was a troubled soul in need of prayer, the rabbi said.

“When I got him in, I stayed with him,” says Cytron-Walker. “Making tea was my chance to talk to him, and in that moment I didn’t hear anything suspicious.”

He said that it was not until the start of the Shabbat service, with only a handful of people in attendance, that Akram revealed his true motives.

“While we were praying and my back was turned – we were facing Jerusalem when we prayed – I heard a click,” Cytron-Walker said. “And it could have been anything, and it turned out to be his gun.”

Law enforcement officials said they became aware of the hostage-taking when members of the synagogue, many of whom were watching the ordeal unfold on a streaming feed of a service called 911 .

As multiple police agencies surrounded the temple, Akram told hostage negotiators by phone that he wanted to release a convicted terrorist being held at Carswell Air Force Base near Fort Worth. During the incident’s live stream, Akram was heard saying, “I’m dying.”

Akram flew to the United States from London on December 29, landing at John F. Kennedy International Airport in New York, law enforcement sources told ABC News. According to sources, Akram has stayed at homeless shelters at various points and may have described himself experiencing homelessness to gain access to the synagogue during his meetings. Feast of Shabbat.

“We were threatened during the nearly 11-hour period that began just before noon local time on Saturday and did not end until after 9 p.m.,” said Cytron-Walker. one of us got hurt.

The chaplain said that during his ordeal, he kept thinking about the active shooting drills he and members of his congregation conducted from the Colleyville Police Department, the FBI, the Anti-Defamation League and a local group called Safe Community Network.

Initially, the rabbi and three male members of his congregation were taken hostage. Around 5 p.m. on Saturday, the suspect freed one of them. But as time went on, Cytron-Walker said the suspect became increasingly belligerent because his demands were not granted.

Cytron-Walker said he decided to act when the suspect moved away from an exit door.

“When I saw the chance that he wasn’t in good shape, I made sure the two gentlemen were still with me … ready to go. The exit wasn’t too far away,” Cytron-Walker said.

He added, “I told them to go. I threw a chair at the gunman, and I headed for the door, and the three of us were able to get out without a shot.”

The video recording the final moments of the standoff was captured by ABC Dallas branch WFAA and shows hostages rushing out of a door, followed by the suspect, who holds a gun and quickly retreats into the synagogue.

As flashbangs and gunfire erupted, WFAA footage showed an elite FBI hostage rescue team, flown in from its offices in Quantico, Virginia, storming the synagogue. Multiple law enforcement sources told ABC News the suspect was shot dead by the hostage rescue team after they made what the FBI called a “deliberate decision.”

“It was terrifying. It was overwhelming and we’re still working on it,” Cytron-Walker told CBS News.

Cytron-Walker said he was looking forward to returning to his house of worship, describing it as an important step in the healing process.

“It’s not necessarily an easy thing,” he said, “but it’s a really important thing.”

'Promised land', 'Welcome to Wrexham' and many new must-see shows 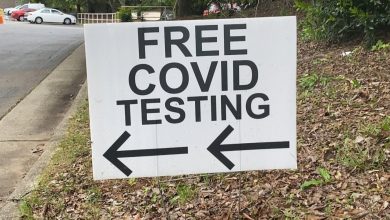 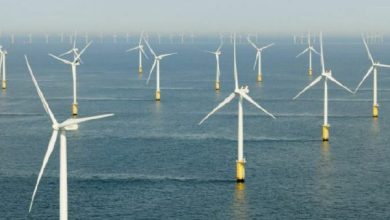 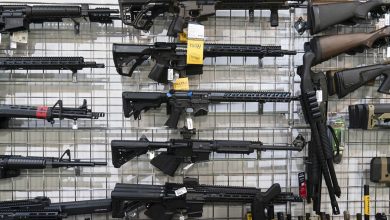 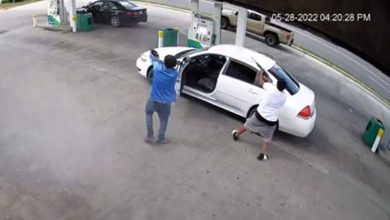