“If you or your family ever come near me again, I will hurt them,” former amateur MMA fighter Andrew Giegerich reportedly wrote in a chilling message to Debbie’s daughter, Amanda Bearden, obtained by the Post.

The handwritten message, scrawled in green marker, was included in police evidence photos following a domestic dispute in May 2021 between Bearden and Giegerich, who lived in a home owned by her stepfather, Debbie’s husband Steve.

“Have a nice life you lying ass b-h. Don’t ever contact me again!!!” Giegerich apparently wrote the note before the threat.

According to police documents, Bearden claimed her boyfriend broke into her home, yelled at her and assaulted her, showing police bruises to her shoulders and arms.

A police report said: “Bearden showed me a handwritten note on a notebook in her living room.

“She advised Giegerich to write this before he left.”

Giegerich — who had an amateur MMA record of four wins and three losses, according to tapology.com but has not fought since 2018 — was arrested and faced with various charges, including battery, over the incident.

The Athens-Clark County Police Department described the two as having “a violent family relationship.”

“Andrew Giegerich intentionally inflicted visible bodily harm on Amanda Bearden, namely: She had visible bruises on her right arm and shoulder,” his warrant issued in May 2021 said.

He was also ordered to stay away from Beardon, who was also arrested and simultaneously charged with making a false police report for claiming that Giegerich broke into their home when they were actually living together. Her case is believed to be ongoing over the incident.

The same police report also quoted a man posing as Beardon’s stepfather as telling officers, “The violence between Bearden and the boyfriend was fairly constant throughout the time they were together and spanned over a couple of years.”

Despite orders to stay away, Bearden and Giegerich appear to still live together in the same house and claim they moved back from Maryland just two days before Debbie’s disappearance.

Giegerich told the Post Thursday that police confiscated his and Bearden’s phones after Debbie’s death.

“They interrogated us all. The people who are closest [Debbie] are sort of considered suspects right now,” he said.

However, it is standard police practice to interview relatives and those who last saw a person alive following a murder as part of the process of removing them from the investigation.

Neither Bearden nor Giegerich have been named as suspects or persons of interest by the Habersham County Sheriff’s Office or the Georgia Bureau of Investigation, who are jointly investigating Debbie’s death.

Giegerich did not immediately respond to a request for comment on his threatening letter on Friday.

It was Bearden who first sounded the alarm and reported her mother missing after receiving an urgent Venmo payment from her on Sept. 10.

She was found dead on Sept. 11 in a ravine about 60 miles north of her home in Athens, Georgia, naked and partially burned, according to police documents.

Beardon and Giegerich said they last saw Debbie the day before when she was buying them lunch.

Police records show that Beardon and Giegerich have had a volatile relationship for a long time.

Following the May 2021 incident, an accelerated indictment was filed against him in June 2021, finding it was his “second or subsequent arrest for a violent crime in the family” and barring him from contact with Bearden.

However, he was charged with violating that order in September 2021 after going to Amanda’s apartment and allegedly “banging on doors and windows to get in,” according to the court documents.

That same month, he was arrested on a DUI misdemeanor for having marijuana, not wearing a seat belt, not using daytime running lights, and reckless driving.

He pleaded guilty to not having the required daytime running lights and reckless driving, and the rest of the charges were dismissed.

Giegerich pleaded guilty to domestic violence charges in January and was sentenced to 12 months probation.

On August 26, he was arrested again for violating his probation terms and ordered to serve six days in prison and show that he had attended a substance abuse treatment program within 20 days.

It was not immediately clear whether he was serving his prison time or entering treatment.

Bearden also has a number of previous arrests, including incidents where she had arguments with other friends.

In 2012, an argument with her boyfriend led to an arrest for assault, but she later pleaded guilty to the lesser charge of disorderly conduct in November 2012 and received 12 months’ probation, orders to attend anger management classes and not to have contact with that boyfriend .

In 2013, Bearden, then 27, broke her probation after “attempting to provide a fraudulent sample to a drug testing lab” and was sentenced to 30 days in prison. It is unclear how much time she spent in detention.

Police say they ruled Debbie’s death a homicide and ruled out either kidnapping or suicide.

Chris Rock has reportedly asked to host the 2023 Golden Globes 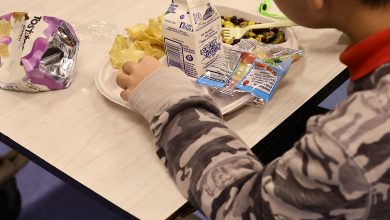 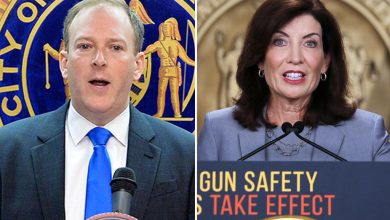 Lee Zeldin, Kathy Hochul, and the war enter “the heat” after Labor Day 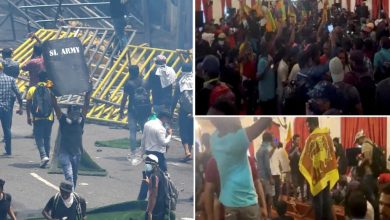