TERRIFYING video shows the moment a rocket hits an apartment complex in Kyiv.

Rescuers pulled survivors from the rubble of the compound, near an airport in the Ukrainian capital, where Russian forces trying to break into the city were facing stiff resistance.

Astonishing images from the Ukrainian capital show vehicles on fire, buildings blown up by rockets and flames lighting up the night sky.

Ukraine’s Interior Ministry said there was “active fighting on the streets of our city” as the conflict intensified.

As Russian forces attempt to fight in the streets of the capital, during the night, a dramatic video shows a car ablaze on Kyiv’s Peremohy (Victory) Avenue.

As dawn broke over the city, the extent of the damage done to Kyiv became apparent with images showing apartment blocks smoldering.

Fighting appears to be breaking out near Igor Sikorsky Kyiv International Airport (Zhuliany) in Kyiv with videos of residential towers being hit by rockets and people being pulled from the rubble.

Soldiers are seen next to the charred remains of vehicles on the streets of the city.

Meanwhile, the President of Ukraine Volodymyr Zelenskyy He snarled a defiant message as he turned down a US offer to evacuate and said, “I need ammo, not a ride.”

In video messages, he also quashed rumors that he had called for surrender.

“We will not lay down our arms, we will defend our state. Glory to our defenders, male and female. Glory to Ukraine!”

Russian troops also attacked a military base in the city but were successfully repelled, the Ukrainian military announced in a Facebook post early Saturday.

Ukraine’s Security Council secretary Oleksiy Danilov said: “We are containing the crowds as best we can, the situation in Kyiv is under the control of the Armed Forces of Ukraine and our citizens.”

Loud firecrackers were heard from near the city centre, while a Kyiv Independent reporter claimed an “extremely uphill battle” was being waged near Kyiv Zoo.

The Washington Post reporter in the city reported “dozens and dozens” of explosions in the city.

Google Maps shows that several major roads in and out of the city have been closed, including around Maidan Square and major routes to and from the city’s airports.

CNN’s Clarissa Ward reports that all of the fighting is “currently happening within city limits,” saying that she could hear “a lot of bangs coming from many different directions”.

Residents have been encouraged to stay in shelters, including subway stations and hotel basements.

Outside Kyiv, air raid sirens have sounded in many Ukrainian cities, including Lviv, Lutsk, Rivne, Uman and Vinnytsia.

A defiant Zelenskyy said he was at the top of tyrant Vladimir Putin’s hit list as he warned that Ukraine’s battle-hardened fighters would face a long and hard night.

However, he warned the Putin bully that Friday night will prove “very difficult” as Russia looks set to use all available forces to break Ukrainian resistance.

He told his nation in an emotional speech during the battle: “We must persevere tonight.”

Zelenskyy is also said to have turned down a US request to evacuate him from the city, saying: “I need ammunition, not a ride.”

It follows a similar warning from Kyiv mayor Vitali Klitschko that Friday night will be “very difficult” for the city of nearly 3 million people.

“The situation now – without exaggeration – is threatening for Kyiv,” he said. “Night, near morning, will be very difficult.”

More than 10,000 rifles were given to ordinary people in the city as part of the last campaign to defend the capital.

Ukrainians have pledged to fight to the death to defend their country, after President Zelenskyy called for his country’s army to “take power in your own hands”.

Some Ukrainians are said to have made Molotov cocktails to fend off the attacking Russian forces.

Kira Rudik, 36, a Ukrainian MP, shared a photo of herself holding a Kalashnikov, after vowing to stay and fight.

She tweeted: “I learn how to use Kalashnikov and prepare to carry a weapon. It sounds so bizarre like just a few days ago it would never have crossed my mind. Our women will defend the land. us in the same way as our men!”

If verified, the attack could be the single largest loss of life suffered by the Russian invaders.

The General Staff of the Armed Forces of Ukraine issued the statement as Putin’s warplanes struggled to find a foothold in Kyiv on the second day of the operation.

Illia Ponomarenko, defense correspondent for The Kyiv Independent, reported shortly before 4 a.m. Ukraine time (2 a.m. GMT) that a second Russian Ilyushin Il-76 had been shot down.

He said the fighter jet was shot down near Bila Tserkva, 48 kilometers southwest of Kyiv city centre.

On Thursday night, 13 Ukrainian soldiers tell a Russian warship to “go on their own” when they stood their last heroic stand.

Tasked with protecting Snake Island in the Black Sea, the defiant border guards were ordered to surrender by a Russian warship.

brave The Ukrainian woman was also filmed confronting two Russian soldiers in the port city of Henichesh, less than 18 miles from the annexed territory of Crimea.

Russia has stepped up efforts to gain control of Ukraine after making slower-than-expected progress on Wednesday and Thursday, accused of killing civilians in the process.

Ukraine claims to have killed or captured 2,800 troops, destroyed 80 tanks and shot down seven warplanes as its troops waged a bloody resistance against the Russians.

It comes after a day of skirmishes that saw Russian forces reportedly not win as many battles as expected.

Earlier on Friday, Russia accused of bombing kindergarten After photos surfaced showing the school in the eastern Ukrainian city of Okhtyrka “besieged by bodies”.

The bodies of at least two adults were seen lying outside the “Sunshine” nursery in a pool of blood as people crouched beside them.

The front of the building – which houses the sandpit, play area and slide – appears to have been blown away with shutters scattered across the ground.

Kyiv Foreign Minister Dmytro Kuleba accused Russia of war crimes and said his government was putting together a report to send to The Hague.

In another disturbing video, a Russian tank was filmed driving a moving car in Kyivcompletely crush it.

It backed out of the vehicle before normal people could free the driver from the crushed vehicle using axes and other tools.

Miraculously, the elderly man behind the wheel survived the horrifying incident.

In another development, a soldier blew himself up on a bridge to prevent the Russians from flooding in from Crimea.

And a viral video clip shows a fearless man walking towards armored vehicles.

Putin’s elite Spetsnaz army backed by underground assassins and armored vehicles is said to have been locked in gun battles on the outskirts of Kyiv while the main Russian force lies in wait 30 kilometers to the north.

“Russian forces continue to advance along two axes towards Kyiv. Their goal is to encircle the capital to secure population control and regime change,” he said.

A frenzied Putin doubled down on his verbal attacks on Friday, calling on Ukrainians to reject their “drug-addicted neo-Nazi” leaders or give up their weapons and go home.

Western intelligence sources claim that Russian troops were trying to encircle Kyiv but were repelled. A security source said: “The Ukrainians did an excellent job of knocking down the bridges to slow them down.

“Russia has largely failed to achieve its Day One objectives and their battle time is slipping. The conflict is Putin’s choice, this is not a battle of choice, but one of one. essentials, so he must win.

“He will use whatever means necessary. If we end up with a substantial urban skirmish, I am concerned about Russia’s indiscriminate use of force.”

In Russia, there was a backlash to the invasion, both from ordinary Russians and from those of the public.

More than 1,500 people have been detained during protests across the country, while the daughter of the Chelsea boss, Roman Abramovich, was among those who came out to criticize Putin’s actions.

Russian lawmaker Mikhail Matveyev, who voted to recognize the separatist regions of Donetsk and Luhansk in Ukraine earlier this week, also called for an immediate end to hostilities.

“I voted for Russia to be a shield for Kyiv from being bombed,” he said.

Words to The Flower of Scotland - The Sun 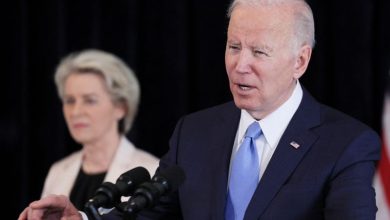 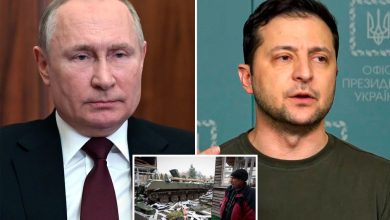 The West must consider intervening to prevent a massacre in Ukraine 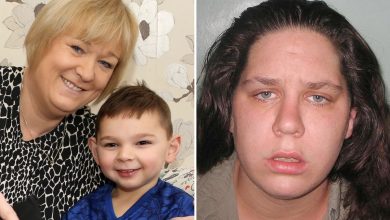 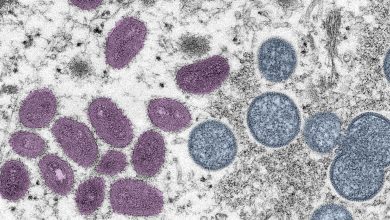