A viral clip shows an activist berating Texas Senator Ted Cruz for his gun views after the school massacre in Uvalde, Texas.

The confrontation, which was filmed on Friday, came hours after the conservative lawmaker delivered a speech at a National Rifle Association convention in Houston.

“Why does this keep happening?” yells an angry man, accusing Cruz of “taking blood money” by giving the speech days after the mass shooting at Robb Elementary School that killed 19 children and two adults.

The activist, identified as Benjamin Hernandez of the liberal group Indivisible Houston, screams as security forces him out of the venue.

Hernandez initially approached the senator in a friendly manner and asked for a photo, which Cruz obliged. video shows.

But after the Flash, Hernandez confronts Cruz and asks the senator why he refuses to support more background checks for gun buyers.

“The background checks couldn’t have stopped the shooter,” Cruz replies. “You know what could have? The bill I brought in—”

“We can make it harder for the people of this country to get guns, sir,” Hernandez says. “You know that, but you’re standing here, you’re standing at the NRA conference, it’s harder to stop gun violence when there are more guns.”

“You don’t know what you’re talking about,” says Cruz, as the clip shows.

As the verbal confrontation escalates, Cruz’s security intervenes between the two and tells Hernandez to “stand back” before being ushered out as things continue to escalate.

“I didn’t want to let that motherfucker walk into the restaurant I had dinner at without him hearing me. They can do something, but they just don’t want to. So we leave it to them,” he said wrote.

“Challenge her every time. Don’t stop until they do something,” he said said in a follow-up tweet.

During his speech at the NRA convention, Cruz criticized Democrats for pushing for tougher gun laws. Instead, he proposed increased security in schools, proposing single doors to schools and armed guards to curb school shootings. 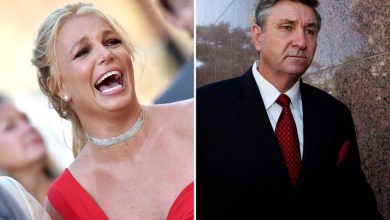 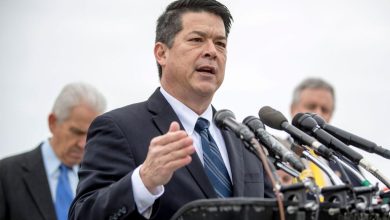 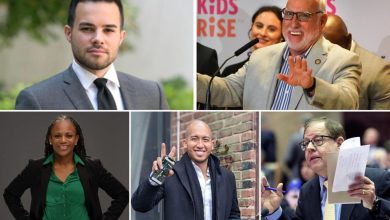