Facebook Twitter LinkedIn Tumblr Pinterest Reddit
TEXAS (KTRK) — At a time when more and more Texas teachers are leaving the classroom, the state’s licensing board is considering a new certification exam that could help better prepare new teachers and potentially keep them in the job longer.

On Friday, the 11-member State Board for Educator Certification will vote on whether to introduce the Educative Teacher Performance Assessment, also known as the edTPA exam.

This new licensing test, developed at Stanford University, requires teachers to submit essay question answers and provide a sample lesson plan, a 15-minute video of themselves teaching in the classroom, and a report of their students’ progress.

If approved, the move would mean abandoning the old Education and Professional Duties exam, a 100 multiple-choice test that has been in use since 2002.

“It’s how we ensure these teacher candidates get the support and coaching they need and deserve to be effective and stay in the profession,” said Jonathan Feinstein, State Director of The Education Trust, which advocates for historically employs underserved students.

The edTPA will particularly boost alternative certification programs, he said, which the Texas Education Agency says sent nearly 50% of newly certified teachers into the classroom in 2020-21.

Two months ago, John P. Kelly, who sits on the state’s teacher certification board, called that exam vote a “very significant” decision.

“I have prayed and hoped that we would come to a resolution that would be best for the teachers and students of this great state,” Kelly said. If the test is approved at Friday’s board meeting, the State Board of Education would still have to approve it at its next meeting in June before it could go into effect.

Critics of the PPR teacher certification exam have pointed out that its composition is a less than accurate way of testing a new teacher’s potential. All 100 questions on the test are multiple choice, making it easier to pass.

Texas Education Agency spokesman Frank Ward called the current exam an “erroneous” measure of teacher readiness. “Fortunately, there is a proven alternative,” he said, “the edTPA goes well beyond asking questions that are not designed to demonstrate how effective a teacher will be in his or her first year in the classroom.”

If the edTPA is approved Friday and then by the State Board of Education, with a vote most likely taking place in June, it will begin 2022-23 as an optional test. It will be required as a pass/fail test in 2023-24 and will be fully implemented in 2024-25.

But not everyone is a fan

At least 17 states use the edTPA as their required certification exam. 21 others use edTPA as an option for teacher preparation programs. It’s more expensive, costing almost $200 more than the current Texas teacher’s license exam, which experts say is another hurdle.

In two cases, the edTPA was introduced as a nationwide exam and then abolished altogether.

In New York, black test-takers were nearly twice as likely to fail the edTPA as their white or Hispanic peers. The state recently stopped using the exam, stating that students were attempting to meet the edTPA requirements rather than learning from the students’ instruction and they were finding it difficult to complete the multi-faceted aspect of it.

In Washington state, a 2016 study showed that Spanish-speaking teacher candidates were more than three times as likely to fail the exam as white candidates.

In Georgia, the state ditched the edTPA exam because education officials described it as a barrier to entry into the profession. State educational programs may still require students to take the edTPA, but certification is not required.

In New Jersey, teachers’ unions are calling for the exam to end.

And in Illinois, the legislature has made efforts to get rid of the rating as well, for the same reasons. The state’s edTPA has been paused due to the pandemic.

In a July 2021 study, researchers found that the exam reduced the number of students graduating as teachers and had a detrimental impact on student learning.

Ryan Franklin, senior director of policy and advocacy at Educate Texas, said some states have had patchy adoption for the exam and others just don’t see the need for it anymore.

He said the same could happen in Texas. If edTPA has met its goal across the board and there is another, better way to prepare teachers, the state can explore those options.

When Doug Hamman, professor and director of teacher education at Texas Tech University, first heard that edTPA was coming to Texas, he saw the same studies and wasn’t convinced. But he knew his program would need preparation if the state was considering the test.

RELATED: The Texas Education Agency is to form a task force to investigate the teacher shortage under Gov. Abbott

Texas Tech is one of 40 programs testing the exam and has tested for the past three years. In Hamman’s experience, the exam enhanced Texas Tech’s educational program.

“For teachers to show that they’ve mastered what they’re meant to be isn’t a bad thing,” he said

Gina Anderson, associate dean for educator preparation and partnerships at Texas Woman’s University, said her program, like others across the state, already offers an assessment-based classroom experience for students. She believes that introducing the edTPA as a requirement would compromise the purpose of these instructional programs, which is to help a student nurture relationships and receive meaningful lessons. Instead, she believes the classroom teaching experience will be diluted as instructors work harder to teach students how to pass the exam.

RELATED: Texas educators are losing their licenses for quitting mid-school

“Our program is designed to provide formative support and to help educators grow in their practice, rather than being used as some sort of high-stakes decision at the very end of their program,” Anderson said.

Anderson also objects to the video that students are asked to record. She says it’s just a snapshot of a person’s teaching abilities in a classroom, but it could make the difference between becoming a teacher or not.

In Texas, people who want to be teachers but don’t have an education degree can do so in about a year through the state’s alternative certification program. But a four-year course gives its students the opportunity to become student teachers.

If the edTPA is approved, The Education Trust’s Feinstein said alternative certification providers will have more incentive to offer year-long support and guidance to help people pass the exam.

Feinstein equates the edTPA model with soccer teams going back and watching movies to improve. “We’re trying to get as close as possible to understanding what a teacher really needs to be willing to do in order to be successful,” he said.

RELATED: More than 20,000 students in HISD classes without a certified teacher, 13 investigations find

Some say the new exam could help with Texas’ teacher shortage problem. Gov. Greg Abbott has made solving the state shortage a priority and created a task force in March.

Supporters of the edTPA say it will better support and retain new teachers because it can pinpoint what a teacher is lacking through the video recordings and written analysis it provides.

Texas Tech’s Hamman believes the new exam will improve college education programs overall. Initially he had reservations about the new exam but now he believes it’s the right way to move forward.

RELATED: Houston ISD is offering a $10,000 grant to bring teachers to troubled campuses

“The edTPA forces weak programs to get stronger or go away,” Hamman said.

RELATED: How a nonprofit is helping Houston-area school staff shortages

But many believe the edTPA will create more barriers for people of color entering the teaching profession.

Andrea Chevalier, a lobbyist at the Association for Texas Professional Educators, said the edTPA will restrict instructional programs that excel in their prep programs. And rather than making the edTPA a statewide requirement, the state should give programs a choice about whether to use it to prepare their students.

“Doing it that way would be an ideal point because it would add flexibility to the programs,” Chevalier said.

https://abc13.com/texas-tribune-teacher-certification-teachers-school-district/11801329/ Teachers: The Texas Educator Board is considering a rigorous teacher certification exam after a teacher shortage 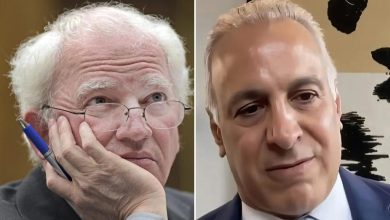 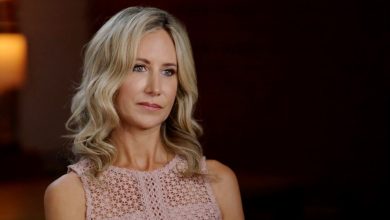 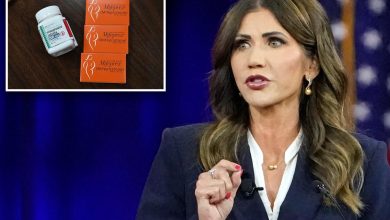 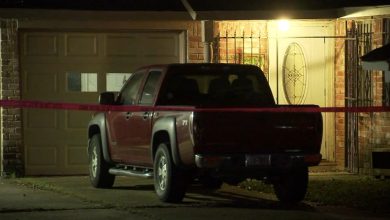