The theme of Katie Taylor and Amanda Serrano’s fight was woman empowerment, and for good reason.

On Saturday night, Irish-born Taylor and Serrano, a proud Puerto Rican resident, will become the first women to lead a boxing card at Madison Square Garden. But the fight has a much deeper meaning for Taylor.

The undisputed, undefeated lightweight champion will fight for the woman she is named after: her grandmother, Kathleen.

“My family has always been my biggest inspiration and supporter,” Taylor told the Post this week at the Magic Hour Rooftop Bar at the Moxy Hotel Times Square, just blocks from the Garden. The Irish fighter was joined by her mother Bridget, who was Ireland’s first female boxing judge.

“I come from a strong line of women in my family,” said Taylor, the youngest of four siblings, including a sister and two brothers. “My grandmother, who will be 90 in a few months, is still going strong. We’ve always been close. She is an amazing woman with an amazing heart and she is one of the most amazing people you will ever meet. We were always so close.

Taylor is quiet, subdued and calm. Upon first meeting the 35-year-old, you wouldn’t expect her to be a titan in the ring as the undisputed champion, No. 1 pound for pound. Serrano is number 2.

Taylor caught boxing fever at a young age. Her father, Pete, won the Irish light heavyweight title in 1986. According to Sports Illustrated, as a teenager, Taylor tucked her hair under her hat and snuck into boy fights under the name “K Taylor.”

She developed her love for boxing amid a burgeoning football career which has included playing as a midfielder for the national team in UEFA and World Cup qualifiers. She even left a number of scholarships for colleges in the United States.

Before making her professional boxing debut in 2016, Taylor had already won a gold medal at the 2012 Olympics and five world championships. She credits much of her success to mentally “dialing in” by living a reclusive lifestyle.

“I don’t do meditation, let’s say. But I stay away from a lot of people,” Taylor said. “I spend a lot of time alone. I love the solitude during training camp and that’s a big part of dialing in for me. I see my team and that’s about it. Just stay away from any distractions that might be out there. I’m also a woman of faith and I read a Bible and stuff like that. That is always a big part of my preparation.”

Taylor’s hobbies include spending time with family, practicing her Christian faith, exercising, and blocking out outside noise—a perk of living in a quiet Connecticut neighborhood.

“I don’t take too much knowledge of what people are saying, to be completely honest. I never know what people say about me, whether that’s good or bad. But I know people haven’t seen the best of me yet and I’ll show that on Saturday.”

Although Taylor has already fought at the Garden (she beat Delfine Persoon by majority decision in June 2019 to fully unify the lightweight division), her fight with Serrano on Saturday will be very different.

“I was completely dialed in for this. I realize this is going to be the biggest night of my career. I’ve definitely been on a diet for the last few months and every single day I work and just think about work.

“This isn’t just special for me and Amanda. This is special because we’re going to inspire the next generation,” said Taylor, who pioneered women’s boxing in her home country. “Moments like this, inspiring young girls, that’s the legacy I’ve always wanted to leave behind. I want to have that impact and for me that’s the best thing about this journey.

“Me and Amanda definitely have mutual respect for each other. She’s here because she’s a champion too. It’s huge because it’s best against best, champion against champion.”

Serrano, a 33-year-old who grew up in Brooklyn, is a seven-weight division world champion who has held nine titles ranging from 115 pounds to 140 pounds. She holds the Guinness World Record for the most multi-weight world boxing championships fought by a woman.

“She’s one of the best pound-for-pound fighters in the world,” Serrano told the Post.

Jennifer Gray will return for the Dirty Dancing sequel 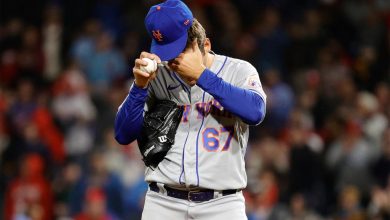 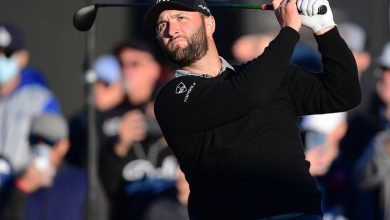 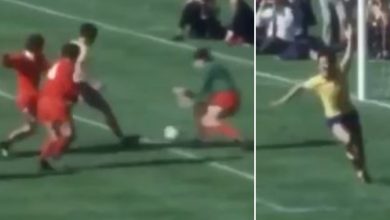 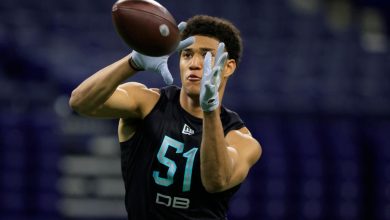 Kyle Hamilton is off the Jets safety radar right now