SUZANNE Morphew’s sister has claimed that the missing mother’s husband, Barry, abused his wife and would “overpower and intimidate people.”

In an interview with CBS’s 48 hours, which aired Saturday, Melinda Moorman detailed texts Suzanne sent her just days before she went missing on Mother’s Day 2020.

Suzanne was pronounced dead by the police, but her body was never found. Husband Barry faces a murder trial later this year and pleads not guilty.

Melinda Moorman told 48 Hours that her sister had told her in text messages that she was being abused by her husband and wanted to leave him, just days before she disappeared.

“Barry is very dominant in the relationship, and my sister is a very passive, light-hearted person… he has a… a huge tendency to overpower, intimidate people in order to achieve. what he wants.”

The passage from Suzanne reads: “He was also emotionally and physically abusive… Now I feel more angry. Angry at what I allowed.”

Melinda says she often thinks about Barry and urges him to share what he knows about her sister’s disappearance.

“Do the right thing, Barry,” she pleads in the episode 48 Hours.

“Please, do the right thing.”

Melinda also has a message for her sister’s daughters, Mallory and Marcy.

“Mallory, Macy… Your mother gave her life for your daughters,” Melinda said.

Suzanne Morphew was last heard on May 9, 2020, the day before Mother’s Day.

She is said to have gone on a bike ride and never returned.

A neighbor raised the alarm after Mallory and Macy were unable to contact their mother.

Barry has been accused was staying in a Denver hotel 140 miles away the night before Suzanne disappeared as he prepared for a landscaping job.

Her body has yet to be found and she is presumed dead.

Later in the episode 48 Hours, additional messages from Suzanne to a close friend from the months before her disappearance are revealed, detailing the turmoil she is going through in her marriage. mine.

“He won’t talk about the divorce,” one text read.

“I wouldn’t feel safe alone with him.”

Both Suzanne and Barry were detected anomalous activity on their cell phones on May 9, 2020, the day Suzanne was last heard from in life.

Suzanne texted her alleged mistress, Jeff Libler, 59 times on the day of her disappearance, phone records reveal. This is more than standard for both.

Suzanne also sent Liebler a selfie during that text chat – the last known photo of her.

Barry also had anomalous activity detected on his phone, which he attributed to rat-hunting around his property.

Multiple pings of his cell phone were detected in the perimeter of the $1.7 million mansion he shares with Suzanne and their two eldest daughters, Mallory and Macy Morphew.

But authorities believe Barry may have been after his wife.

Barry claims he went to bed at 8 p.m. the night Suzanne went missing, but his car’s data tells a different story, according to investigators.

Data pulled from his truck’s computer appears to show the movement of his vehicle on his property at 9:30 p.m., which contradicts what he told reporters. officials.

Automotive data from the next morning showed that Barry was driving past the site where Suzanne’s cycling helmet was later found en route to work.

On his way to work, Barry stopped at a bus stop, a hotel, a McDonalds and a dumpster, dumping trash at all locations, prosecutors said, citing footage. security and vehicle data.

Investigators allege that he may have thrown away evidence in the area but in different places.

Barry insists he is at work and that taking out the trash is only part of his job.

Barry denies all charges against him and insists he has nothing to do with his wife’s disappearance.

While he awaits the trial, which is scheduled to begin in May, Suzanne’s sister has a message.

“There is no winner in this story,” she said in the episode.

“There are two families who are suffering terribly.” 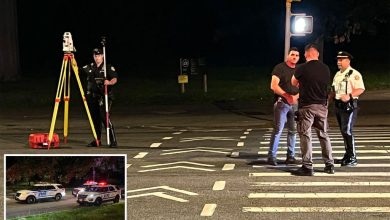 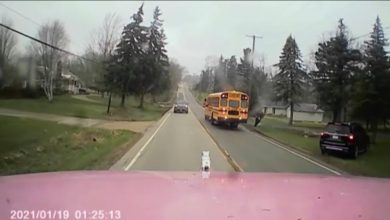 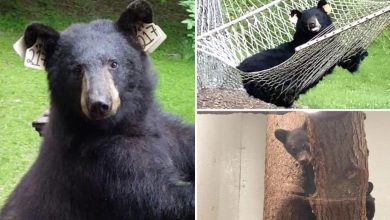 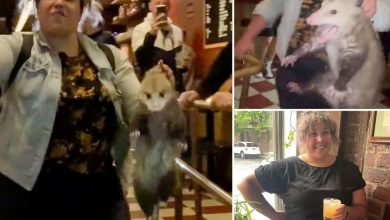