These interns are having great experiences this summer – living in a sauna.

Student interns staying in an NYU dorm this July and August say they cooked alive in their $1,400-a-month dorms, which have no air conditioning and where temperatures can reach 97 degrees.

The group of young people residing at Rubin Hall say the school’s only plan to help them beat the heat is to provide 12 military-style camp beds in an air-conditioned common room in the 680-sleeper building.

“I’ve lived in India most of my life and thought the summer heat would do me good, but no. It’s a different kind of heat,” Naveenam Asok, 21, complained to The Post. “I sweat every day. I just can’t stop sweating…I take a shower and just start sweating again.”

Asok, who is in the Big Apple for a software internship, said he’s heard stories of his colleagues passing out from the heat.

Rooms at Rubin have reached 97 degrees, according to students, making it impossible to cool down and dropping far above the 82.4-degree threshold set by the World Health Organization to avoid heat-related health effects.

“If I try to work in my room, I’ll pass out. It’s impossible,” Whitman College student Elijah Shafer told The Post. “When I enter my room on the 15th floor, it only smells like sweat. I live in a small space with two other guys with no air conditioning.”

Shafer, 19, hasn’t managed to get a coveted crib that doesn’t even have a mattress because it fills up so quickly.

“The only option is to sleep in a chair, but I won’t do that,” he added.

Most NYU dormitories have air conditioning, but the school offers Rubin Hall as a cheaper alternative to their exorbitantly priced rooms.

Students like Shafer, who aren’t affiliated with the school but stay in their dormitories during the summer, pay NYU $253 a week for a shared room without air conditioning. Residents have to pay over $404 a week if they want the same digs with a cooling system.

Michael Giwa-Amu, 23, a student at the University of Maryland, said he only chose to live at Rubin Hall for the cheaper price.

“I have the feeling that they obviously don’t care about the condition of the students who come here,” said the intern in strategy consulting. “They brought the cots which was a small improvement but it was terrible. I can’t wait to go, I won’t lie.”

Stanford student Zahran Manley said he didn’t even know his room wouldn’t be air-conditioned when he moved in, calling the living conditions “horrific”. He only chose to live at Rubin Hall because he was given a single room.

“At night the fan blows constantly and my room is constantly at least 85 degrees. It definitely took a toll on my mental and physical health and made me really worried,” he said.

“I’d expect that from any landlord in town, but from a publicly funded university? Exposing students to these conditions is unbelievable. It tarnishes the NYU name so much.”

In a statement to The Post, NYU spokesman John Beckman insisted that amid this summer’s sweltering heat, the school “completely understands the plight of Rubin residents.” He also said the number of residents using the cots in air-conditioned common areas each night is “far below capacity”.

NYU purchased the unair-conditioned Ruby as an existing building, Beckman said, adding that the university “has a plan to add air-conditioning in 2023 as part of a major overhaul of the building.” 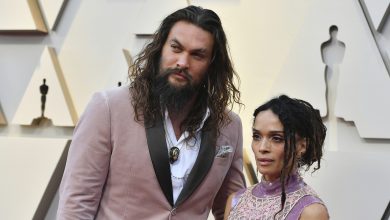 Jason Momoa, Lisa Bonet break up after 16 years together 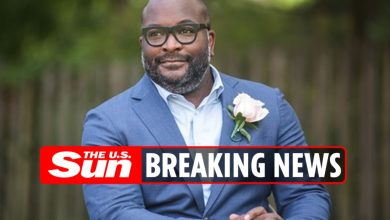 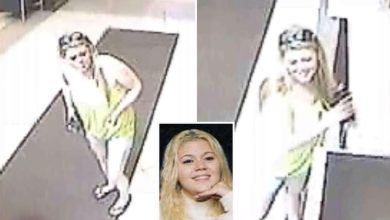