The operator of a Q train recalled the moment he tried to rescue a straphanger who had been critically injured in a random shooting on the lower Manhattan subway on Sunday morning.

“I went to work expecting to do my regular job, not expecting to do it [the] first person in a shooting attempting to help a person who has been shot,” operator Luis Irizarry said in a statement.

The victim, 48-year-old Daniel Enriquez, was discovered by Irizarry lying in a pool of blood after passengers alerted him to the scene. The operator then attempted chest compressions.

“We’re not trained for that,” he said of first-aid tactics. “How can we mentally prepare for something like this?”

Enriquez was shot and killed by a complete stranger at around 11:42 a.m. in the last car of the northbound Q train as the subway crossed the Manhattan Bridge.

As the Q train crossed the bridge and entered Canal Street station, a witness to the shooting pulled the emergency brake.

Irizarry said he got off the train at the station to investigate and noticed panicked straphangers shouting “He has a gun” and “Somebody’s been shot”.

The operator went to the last car and saw the victim lying on the train floor, bleeding from the chest.

“When I got to the last car, I saw a gentleman lying on the ground with a gunshot wound in his chest,” he said. “He didn’t seem to be breathing. His chest wasn’t moving up and down.”

Irizarry, who has no formal CPR training, said he tried to resuscitate the man, who was left alone in a panic.

“Nobody helped him, so I got down and pressed on his chest to give chest compressions,” he said. “I’m not a paramedic by training, but I tried to help this man.”

He continued to give the man chest compressions to no avail until police and paramedics arrived at the scene.

The victim was taken to Bellevue Hospital, where he was pronounced dead.

Irizarry’s colleague Walstein Chapman, the train conductor, called railroad control to inform them of the shooting.

Chapman tried to calm panicked commuters by pointing them to alternative subway routes.

Meanwhile, the gunman – described as a burly man with a beard – fled as the train pulled into Canal Street. He ran up the stairs out of the station onto Center Street, police officials said. He remains at large.

Tony Utano, president of the TWU Local 100, commended the two men for staying calm after the shooting.

“The train driver and conductor are devastated and traumatized by today’s violence, but they handled the incident and its aftermath calmly and professionally,” he said in a statement. “They deserve the thanks and praise of the city. We are very proud of them.”

Ozzy Osbourne's daughter Aimée said it's ridiculous people give her side eyes: 'There's the hidden one'

Malaki Branham could be the Knicks' 2022 NBA draft option 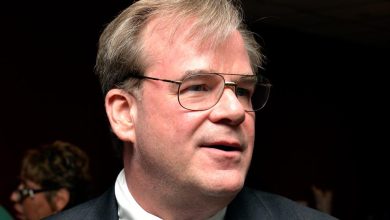 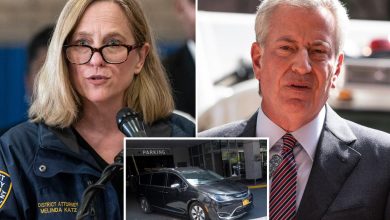 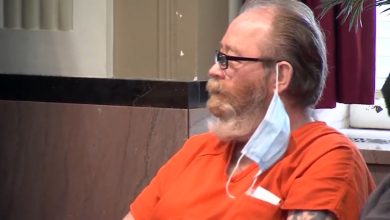 William Reece, charged with serial killings in the Houston area, returns to Friendswood to face charges of three murders 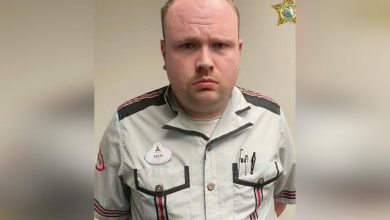