The Thanksgiving Day holiday produced anything but terrible weather, but while Americans look forward to returning home, the FOX Forecast Center is tracking a storm system that could cause some delays from the South to the East over the busy weekend.

What is the weather forecast for Black Friday?

If you’re shopping for Black Friday, grab those jackets and raincoats if you’re one of the millions of Americans who live in the East, South or Northwest.

The first wave of rain showers from the Thanksgiving storm in the southern plans and lower Mississippi Valley will move toward the east coast, making for a tough shopping day, especially early in the morning, for cities like Boston, New York, Philadelphia and Washington.

Meanwhile, the main low in Texas will lag behind, where more showers and thunderstorms are expected. Cities like Houston, Austin, San Antoni and Corpus Christi will all be at risk of flash flooding.

Travel impacts are likely in Texas as heavy rain could cause flooded roads and possible delays to air travel. Dallas, for example, is set to rain on Friday, with high temperatures struggling to reach the mid-50s.

To the north, the cold air stays in Fargo, North Dakota, where highs are only in the low 40s, but there will be plenty of sunshine there.

And the familiar late fall rains and mountain snow will return to the Pacific Northwest while the Southwest remains dry and comfortable.

What will the weather be like over Thanksgiving weekend?

As we move into Saturday, the main storm system will move away from Texas, with rain spreading across areas from Kansas City, Missouri to Tallahassee, Florida. The rain can be heavy at times and may also be accompanied by thunder and lightning in some locations.

Rain totals of between 2 and 3 inches are expected from Texas to Georgia by the end of the weekend, accounting for all Wednesday through Sunday precipitation.

Some of these areas could have higher totals of up to 6 inches, particularly parts of southern Arkansas, northern Louisiana, and Mississippi.

By Sunday, the storm system will move into the Ohio Valley and the Northeast, with rain expected from Chicago to New York City. The rain will likely affect road and air travel for those returning home after Thanksgiving. Expect delays at some of the region’s major hubs.

The good news is that this appears to be mostly a rain event. Any snow, if any, will be confined to the highest elevations in northern New England.

Stormy in the west too

A strengthening storm system will make landfall along the West Coast by Sunday and remain over the western United States until next Wednesday.

While specific details like rain and snow totals remain unclear, the FOX Forecast Center said there is a potential for significant snowfall in the mountains and heavy rains in the lowlands and near the Pacific coast.

For now, it looks like the most likely location for heavy snowfall will be the Washington and Oregon Cascades.

https://nypost.com/2022/11/25/thanksgiving-weekend-forecast-storm-cuts-across-south-into-east-could-make-for-soggy-travel/ Storm cuts from south to east could make for soggy travel

Stephen Colbert comforts Elon Musk after losing $100 billion: 'You are not alone in these tough economic times!'

Who's left? I'm a star? The candidates have voted out so far 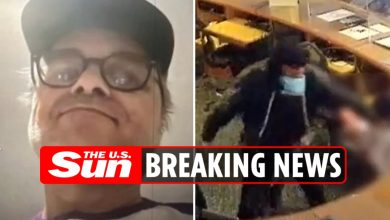 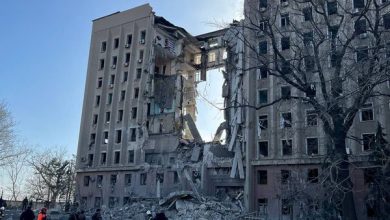 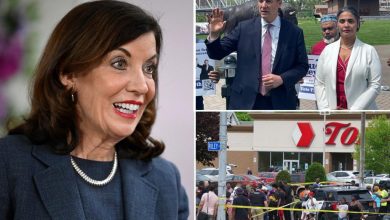 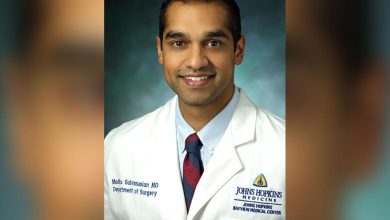