Three weeks after four University of Idaho students were found stabbed to death in their off-campus home in Moscow, investigators are struggling to apprehend a suspect, leaving victims’ families frustrated.

“Were angry. Anyone would do it,” said Scott Laramie, stepfather of murdered senior Madison Mogen, of the police’s lack of progress.

Moscow police previously boasted that, in addition to their own team, they have 46 FBI agents and 13 Idaho State Police investigators on the case to comb through all the evidence and leads.

But her daily updates to parents have given little comfort that the still-at-large killer will soon be brought to justice.

“They update us every day. We asked them to check with us if they had anything or not,” Laramie said. “I just hope they come up with something sooner or later. I just want justice for these children.”

Mogen, 21, was found dead in the early hours of November 13 along with her best friend Kaylee Goncalves, 21, and her friends Xana Kernodle, 20, and Kernodle’s boyfriend Ethan Chapin, 20. Two roommates who were also at home at the time were unharmed.

The Moscow police have failed to win the public’s trust by publicly circulating mixed messages and evasive answers at press conferences, even to basic questions.

After considering whether the attack was “personal,” authorities have released the only fact they believe the vicious stabbings used a fixed-blade knife, a weapon they have yet to locate.

Pete Yachmetz, a national security adviser and former FBI agent, warned that the inconsistent flow of information is not helping.

“What is also happening now is that the police are creating an erosion of public trust in them through inaccurate comments,” he told The Post last week.

“It’s unfortunate because, in the end, it takes public trust to solve this crime.”

Moscow police confirmed last Thursday that over 113 pieces of physical evidence had been collected from the house, along with over 4,000 crime scene photos and several 3D scans of the room.

Five vehicles, some belonging to the victims, were also towed from the scene for further testing.

“To protect the integrity of the investigation, certain results” — such as fingerprints, hair, fibers, blood and DNA evidence — “will not be released,” the department said in a statement.

Latah County Coroner Cathy Mabbutt told CNN she saw “a lot of blood on the wall” when she arrived at the scene and “some” of the victims had defensive wounds.

On Monday, police said they were restricting the victims’ movements on the night of November 12, when Kernodle and Chapin reportedly attended a party at the nearby Sigma Chi fraternity home from 9 p.m. to 1:45 a.m .

In a follow-up interview with Good Morning America on Tuesday, Idaho State Police communications director Aaron Snell said this time gap was “one of the larger areas where we don’t have a lot of information.”

Mogen and Goncalves, who spent part of the night together at a local bar, were previously identified on video footage showing them stopping at a food truck on their way back to the house.

Snell also confirmed that Goncalves’ dog, which was found in a separate room of the house, did not enter the crime scene.

“The dog seemed to have evidence of this,” he told viewers. However, police have admitted they still don’t know if the dog was inside or outside the home during the killings, which took place between 3am and 6am.

Police’s statement Monday also created more confusion by contradicting claims made by Goncalves’ father, Steve Goncalves, who told NewsNation police his daughter’s injuries were more serious than those of the other victims.

“With the criminal investigation active, law enforcement has not released any additional facts to the family or the public,” the statement clarified.

The update came a day after Steve Goncalves criticized the investigation’s efforts in an exclusive interview with The Post.

Describing the Moscow police as “not the most tech-savvy people,” Goncalves said, “They’re just inexperienced — and I don’t want anyone to make mistakes on my kid’s case.”

Goncalves explained that he is now hiring private investigators to get the answers he needs.

“One of the private investigators I spoke to has 50 years in the game,” he said, noting that an expert told him police rely too much on DNA evidence.

Even if the killer’s DNA remains at the crime scene, it could take time to isolate them, since the student house was known to be a place where they met friends and many people’s DNA is likely to be found on the property would.

Still, Goncalves promised to withdraw his criticism if the original investigation produces a breakthrough.

“I will apologize. I’m going to come out and say, ‘These guys had amazing DNA or some evidence and were good for them. I gave them st and I take it back,'” he said.

“I’d like to be wrong and we can get this guy.”

https://nypost.com/2022/12/06/still-no-leads-in-university-of-idaho-murders/ Still no evidence of murders at the University of Idaho

Adam Sandler says Brendan Fraser "made us feel bad" in George of the Jungle.

Vanna White at the end of "Wheel of Fortune": "Depressing" 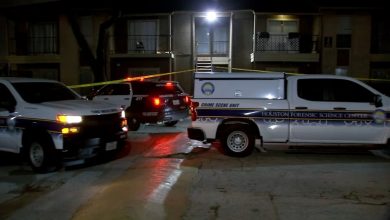 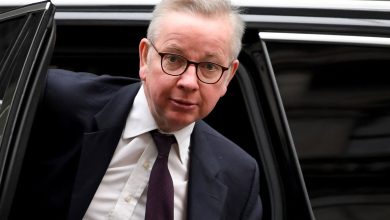 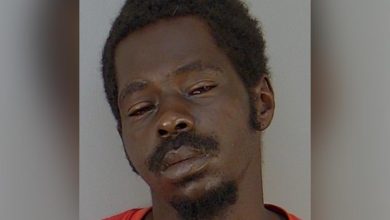 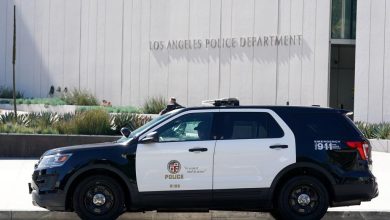