Facebook Twitter LinkedIn Tumblr Pinterest Reddit
HARRIS COUNTY, Texas (KTRK) — A motorcyclist is dead after being hit by a man who was trying to drive to the hospital after being shot in northwest Harris County.

According to officials, it was a complicated overnight scene that involved a fatal accident and a shooting about four miles away.

Harris County Sheriff’s Deputies said there was some sort of disturbance at a home on block 11600 of Walnut Dale Court.

MPs said one of the men, identified as Kenneth Anderson, managed to get into a Cadillac STS and attempted to drive himself to the hospital.

Investigators said Anderson lost blood from the gunshot wound while he was speeding toward the Hollister and Highway 249 intersection.

At the intersection, deputies said Anderson failed to control his speed and made an abrupt lane change, hitting the rear of a motorcycle that was stopped at a red light.

Due to the impact, the man on the motorcycle was thrown off his bike, MPs said. He was pronounced dead at the scene.

“The motorcyclist was separated from the motorcycle and succumbed to his injuries at the scene. So he died at the scene,” Lt. Simon Cheng. “The Cadillac STS veered off the eastbound lane, crashed through a fence and landed in a meadow.”

MPs said a woman and a 5-year-old girl were in the car at the time of the accident, not wearing seat belts. All three occupants were taken to the hospital for medical treatment.

The investigation into the shooting and crash is ongoing.

Update 2: Kenneth Anderson, driving a Cadillac STS, was traveling at high speed when he hit a motorcyclist (age 43) who was stopped at a red light. The motorcyclist was found with no signs of life. The occupants in the Cadillac were all transported to a 1/3 https://t.co/3jaF6lyZHa

https://abc13.com/deadly-motorcycle-crash-shooting-walnut-dale-court-multiple-people-shot-motorcyclist-killed/11908455/ Shooting victim accused of causing an accident that killed a motorcyclist in northwest Harris County 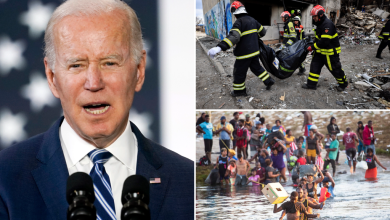 There is nothing “normal” about the Joe Biden era. 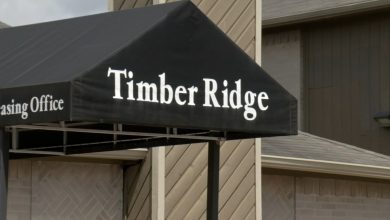 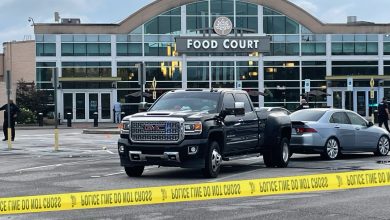