The driver who allegedly fatally struck an infant and injured her mother in Staten Island has been arrested and charged with move violations, police officers said Friday.

Shannon Cocozza, 40, was later charged Thursday for failing to back down and exercise due care in connection with the 7am accident that killed 20-month-old Lian Mashni and injured her 31-year-old mother, shared the police with.

The mother and young daughter were crossing the corner of Scarboro Avenue and Abbott Street in Rosebank when they were hit by a white Jeep, police said.

Heartbreaking video provided to The Post shows the SUV suddenly turning a corner and crashing into the mother and daughter as they cross the street.

The two were brutally thrown to the ground, footage shows.

The mother screams in agony when the driver stops and comes to her aid just before others hear her screams and rush to help.

The baby was taken to Staten Island University Hospital North, where he was initially listed in critical condition but later succumbed to his injuries, police officers said.

The 31-year-old mother was also taken to hospital in stable condition with injuries to her legs.

Investigators cited by CBS New York said a parked utility vehicle may have blocked Cocozza’s view of the mother and daughter — but law enforcement officials couldn’t confirm that detail on Friday.

“I went to the lady,” witness Francies Gracia told the network. “She told me it wasn’t her fault. It wasn’t her fault because when she turned, there was a truck in the way she couldn’t see and she hit the lady with the baby.” 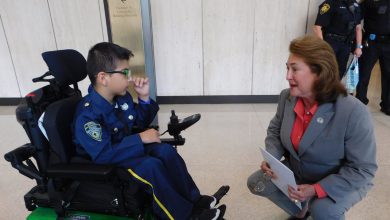 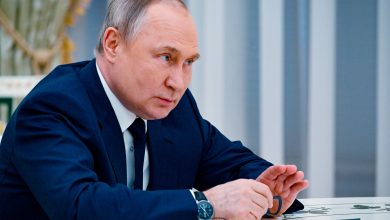 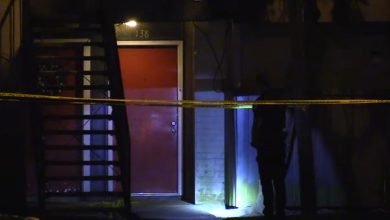