A Harvard graduate testified in a Manhattan court Monday that she was forced to wear diapers and suck on a pacifier thanks to defendant Sarah Lawrence and sex cult leader Larry Ray.

Felicia Rosario, 39, told a federal jury that Ray’s abuse of her also included tying her up with cable ties and sealing her mouth with tape — in addition to urging her to have sex with strangers and recording the encounters for his pleasure .

Rosario – whose brother testified earlier this month that Ray also forced him to wear diapers – said she fell under the older man’s influence after being introduced to him by her brother in the fall of 2011 while she was working on to complete her medical degree at the University of Columbia. She had already graduated from Harvard University.

Soon after, their relationship became “romantic,” she said, and Rosario moved into Ray’s apartment on the Upper East Side, where her brother Santos and other Sarah Lawrence students lived with the accused cult leader.

At the apartment, Ray forced her to sleep naked with him and his alleged mate, Isabella Pollok, she testified.

“He tied my ankles and wrists with zip ties … someone else in the apartment watched me to make sure I didn’t get up,” she told jurors.

Ray asserted control of Rosario by convincing her that she owed him hundreds of thousands of dollars and threatened to jail her and her siblings through his apparent law enforcement contacts, she said.

He also infantilized and taunted Rosario, once forcing her to wear a diaper and ordering her to suck on a pacifier in the apartment, the witness testified.

During their first few years together, Ray also ordered her to go out and meet strangers in bars in New York and have sex with them or perform oral sex on them, she said.

In some cases, Ray sent Pollok with Rosario so she could record the sexual encounters, Rosario told jurors.

Ray used the explicit footage as collateral for Rosario, she testified.

“He would threaten me with it,” she said, claiming he said he would give them out to Harvard and Columbia alumni.

He said that “he would eventually send it to the medical board so I could never practice medicine,” she claimed.

He also ordered her to perform oral sex on Pollok and himself, she testified.

Ray faces racketeering and sex trafficking charges in a 17-count indictment filed by federal prosecutors in the Southern District of New York.

Prosecutors allege Ray started a cult-like criminal enterprise after he moved into his daughter’s dorm on Sarah Lawrence’s campus and asserted control of her friends and roommates. He has pleaded not guilty.

He faces a life sentence if convicted.

Pollok, a former student of Sarah Lawrence, is being tried in federal court in Manhattan. She has also pleaded not guilty.

Inside the $136,000 private jet journey that takes you around the world in 23 days, stopping at ancient cities and luxury resorts 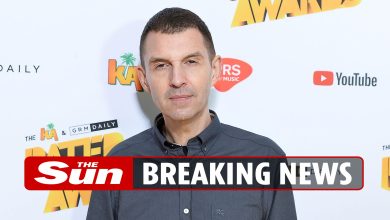 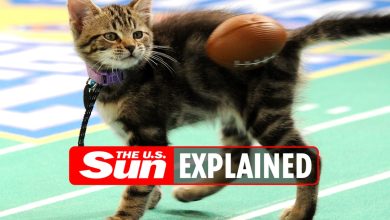 Why was Kitten Bowl 2022 canceled? 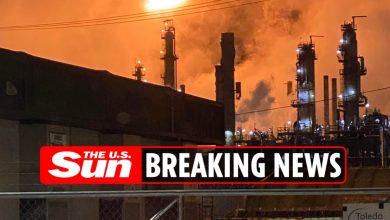 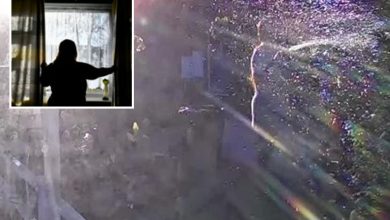 The neighbor in my nightmares blew up our house with HOSE floors and threatened us with an iron bar.