Friday afternoon news is always telling, and that includes last week’s clarification from the US Treasury Department Sanctions against Russian banks. Don’t buy the Biden administration’s claim that it’s pulling out the stops against Russia.

The president continues to insist that he is enforcing “the most significant package of economic sanctions in history” against Vladimir Putin’s regime. Some Biden loyalists even turn to hagiography. Connecticut’s Chris Murphy boasted in the Senate last week that Mr. Biden’s diplomacy is “stunning”. “created a package of sanctions that’s far-reaching, that’s unprecedented, that’s breaking the backbone of the Russian economy.” The press nods.

The reality is far different, which is responsible for mounting frustration in Congress — and growing divisions even between Democrats and the White House. The government refused to impose sanctions in the run-up to Putin’s invasion and naively trusted diplomacy. But also afterwards Russian tanks rolled — and despite months of preparation — the response has been slow, timid, hostage to feel-good “multilateralism” and unwilling to attack the true engine of the Russian economy: energy. Even the president’s party is losing patience with his inadequate sanctions.

Consider this Treasury Department announcement. In late February, Mr. Biden swaggeredly announced sanctions against Russian banks. But on Friday, the Treasury Department tacitly made it clear that the sanctions on banks’ energy transactions won’t apply until June 24 — meaning Wall Street can do so keep trading in Russian oil and gas. “The energy sector of the economy of the Russian Federation itself is not subject to comprehensive sanctions,” declared the Ministry of Finance’s website, a scandalous caveat largely ignored by the media.

Senator Rob Portman on Tuesday asked Undersecretary Victoria Nuland to justify the decision to give Russia’s energy sector a four-month passport. She explained that ‘multilateral’ work remains a top priority, ‘so we have ‘agreed to phase-in’ at the behest of energy-dependent ‘European allies’.

Mr. Biden late this week announced a ban on Russian oil and gas — but only because Democrats and Republicans in Congress joined forces to pass legislation that forced his hand. Even spokeswoman Nancy Pelosi backed the ban, reportedly refusing to agree to a White House demand that it be dropped. The Biden team struggled to get ahead of Congress by announcing the embargo itself.

The White House has also urged Congressional Democrats to back out of a bipartisan bill that would suspend Russia’s preferential trade status with the US – again seemingly to debate it to death with Europe. The good news is that lawmakers from both parties said later this week they could remain undeterred and pass the trade ban next week – potentially forcing Mr Biden’s hand again.

The White House is nevertheless prevailing when it comes to blocking a Republican bill by Senator Jim Risch that would impose real sanctions on Russia’s oil, gas, mining and minerals sectors. It targets oligarchs. It would create a lend-lease program to ensure Ukraine continued to receive the necessary military resources. Crucially, it provides for “secondary sanctions” on global institutions that fund Russia’s economy. As Mr. Risch notes, these secondary sanctions would “force the world’s financial institutions to make a choice between Russia and Western markets” and eventually “isolate” the Russian economy.

The White House is resisting all of this for the same reason it resisted the Russian oil embargo. Truly punitive sanctions on Russia’s energy sector are still anathema to old Europe’s allies who want to keep importing Russian oil. The government also fears that a serious focus on Russian energy would further push up gas prices and hurt Mr Biden domestically. Senate Foreign Relations Chairman Bob Menendez worked with Mr. Risch on a bipartisan bill before the invasion. He went AWOL at the behest of the White House, and Democrats blocked a vote on the Risch bill last week.

It’s time to lead by example

Republicans note that for all the talk of multilateralism, the US lags woefully behind Europe in other areas. Since February, the European Union has imposed sanctions on at least 12 oligarchs among the Navalny 35, a list of key Putin instigators compiled by dissident Alexei Navalny’s organization. The UK has targeted nine of them since February; the US, zero. Yes, Washington has targeted a handful of Putin cronies, but they are only a fraction of the hundreds of oligarchs who own Russia’s wealth. However, she announced a “task force” to investigate the behavior of the oligarchs. Twenty-two years after the Putin regime, the US government does not have this information?

The Biden team will argue that sanctions work best in conjunction with allies. No doubt. But the way to get the world to join in the real punishment and isolation of Mr. Putin is to lead by example and invite or shame allies to join the fight. Whining in the halls of Foggy Bottom and settling for the path of least resistance is not the current approach. Mr. Biden can talk all he likes about his plans to shut down Mr. Putin’s economy. He has yet to take the steps that could actually make that happen.

From the Wall Street Journal.

https://nypost.com/2022/03/11/sanctions-dont-do-much-until-they-target-putins-oil/ Sanctions don’t do much until they target Putin’s oil

I'm a thrifty single mom - I've found the best solution if you can't afford a rug, along with other tips

35% recession risk in the US: Goldman Sachs 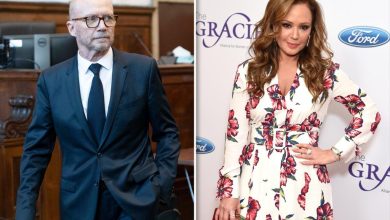 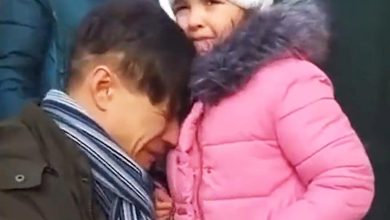 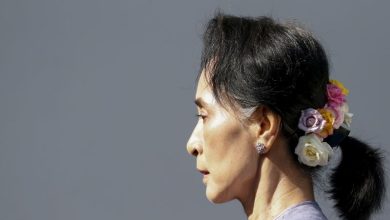 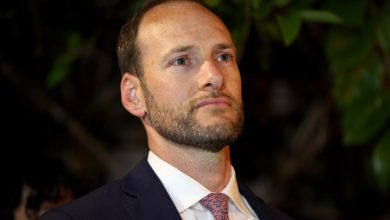