An expert asserts that Russia and China’s “deadly” alliance will end the United States’ status as the world’s leading superpower.

On Tuesday, Moscow said it had increased military “cooperation” with Beijing in the face of accusations of intimidation from Washington, including US nuclear bombers fly near their border.

Tensions between the West and Russia are at a boiling point because of the ongoing conflict in Ukraine and the migrant crisis in Belarus.

Isabel Sawkins, a researcher at the Henry Jackson Society specializing in Russia, told The Sun Online that Russia and China joining forces could “potentially be a disaster” for Western powers.

“Bringing China into the conversation is a deadly addition to the West,” she said.

“This means that America’s standing in the world will be completely ruined.

“If you had Russia and China working together, America would be in a state of absolute panic.

“Because China is on the rise in the world. It’s not just a big economy – they have a lot of power.

“You’re going to let China work with Russia and both have this anxiety about the West – and that ties them together. It’s a really scary prospect.”

In August, Moscow and Beijing participated in a joint war game and signed a treaty called “brotherhood” “establishing a twinning relationship.”

This week, ahead of US exercises believed to be 20 kilometers from the Russian border, Kremlin Defense Minister Sergei Shoigu revealed the two authoritarian powers have strengthened their military alliance.

In that context, Russia-China coordination is becoming a stabilizing factor in world affairs, he said.

The two countries agreed during a video call to enhance cooperation between their armed forces when conducting strategic exercises and joint patrols, the Russian Defense Ministry said.

Ms Sawkins said if the military partnership developed, it would be “scary” for the West.

“If Russia and China end up working together – they will want to lower the US by a few points,” she said.

“They don’t think the US deserves to be a global player at the forefront of everything.

“The Biden administration – their reputation has been tarnished by what happened in Afghanistan and this has led many to question the credibility of the US when it comes to military intervention and operations abroad.”

On the impact on Europe and Britain, she said: “It’s scary for the UK because we’re significantly closer to the border with Russia than the US.

“We are very, very close to Moscow.”

America will not be able to stand up to Russia and China on its own.

Sawkins said that if Russia and China attacked US forces, Britain would have to intervene.

She said: “Europe is going to get sucked into the mess. We need to make sure we’re ready in the event of a post-strike – and we have to get in. Basically, we have to deal with the situation. room”.

“America will not be able to stand up to Russia and China on its own. America will need Western partners and I think one of the first partners they will come to us.”

In the first day of this month, Russia warning Relations with the West are at “almost boiling point” as tensions rise over migrants on the Polish-Belarusian border.

As NATO and Russian forces play cat and mouse, Putin says he will “simply destroy” any country that encroaches on his country’s territory.

Recent days have seen US officials warn Russia probably plot an invasion of Ukraine, with the Kremlin 100,000 troops on their border.

And Putin’s regime has been accused of causing the ongoing migration crisis between Belarus and Poland and even sent their own nuclear bombers into the area.

Belarus – dubbed Europe’s last dictatorship – has been accused of “weaponizing” migration against the EU causing a tense standoff along their border with Poland with armies of both sides. 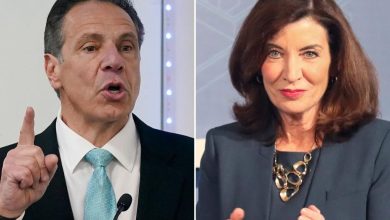 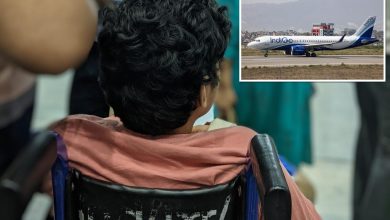 IndiGo accused of discriminating against children with disabilities 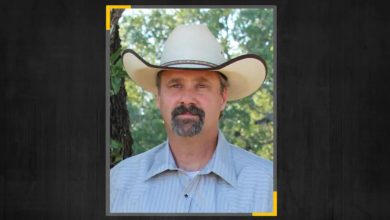