The US Ambassador to the United Nations said soldiers were now “approaching” the Yuzhnoukrainsk plant, south of Kyiv.

“Russian forces are now 20 miles from and closing in on Ukraine’s second largest nuclear facility,” Linda Thomas-Greenfield said in a chilling statement.

Thomas-Greenfield asked Moscow to stop any further use of force, which would endanger all 15 reactors Ukraine.

“Nuclear facilities cannot become part of this conflict,” she added.

“Mister. Putin must stop this madness, and he must stop it now.”

The warning comes as that Russian despot was called a “threat to the whole world”. after his troops ruthlessly bombed a nuclear power plant on Friday.

The US has described the shelling of Europe’s largest power plant, Zaporizhia, as a “war crime” and accused Putin of “taking his reign of terror one step further”.

One image showed what appeared to be a grenade meters away from the facility, which was believed to have been shelled by Russian forces.

Firefighters were initially unable to approach the fire because they were fired upon by the Russians.

Ukraine’s State Nuclear Regulatory Agency warned on Friday that while no changes in radiation levels have yet been registered, there are still potential risks from damage to cooling equipment and spent fuel storage casks at the site.

The agency said any loss of the power plant’s ability to cool nuclear fuel would result in “significant radioactive releases into the environment.”

President Zelenskyy’s chief adviser accused Putin of “blackmailing the world” by threatening a “massacre under a nuclear power plant”.

Michael Podolyak said that “every Russian soldier involved in this attack understood very well all the possible consequences” and called the move unprecedented.

“The Russian armed forces have in their arsenal a whole range of horrors that go well beyond the capabilities we would wish for if you comply with the Geneva Conventions: the thermobaric vacuum bombs, for example, the cluster munitions, which many of our countries have banned .

“These are weapons they still use and the worrying sign [is] by President Putin, in his words he doesn’t seem to show any limit.”

The United Nations Security Council sought to discuss the attack at an emergency meeting requested by the British Prime Minister.

Johnson called for the deployment of UN and nuclear inspectors Ukraine in the wake of the shelling, he said the world was “faced with a nightmare.”

He said: “I worry about how we stop a disaster.

“There are other Ukrainian facilities and certainly other nuclear waste sites.”

Meanwhile, the US on Friday flew B-52 bombers over NATO’s eastern flank in a show of unity with the German and Romanian militaries, while Russia stepped up its attack on Ukrainian cities.

The flight placed the B-52 bombers alongside Ukrainian airspace near where the Russians are attempting to claim air supremacy.

It comes after latest atrocities Committed by Putin’s forces, an attack on one city killed 47 people, allegedly with deadly cluster bombs, while in another a school was reduced to rubble.

But in a phone call with Chancellor Olaf Scholz, the Russian tyrant insisted that the information about the bombing was falsified. 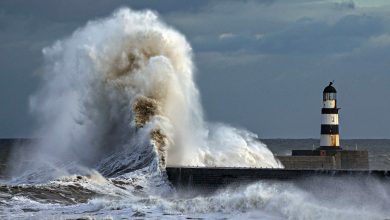 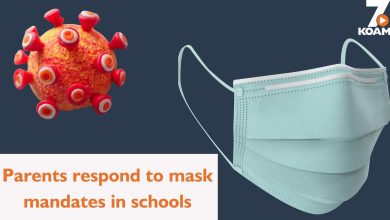 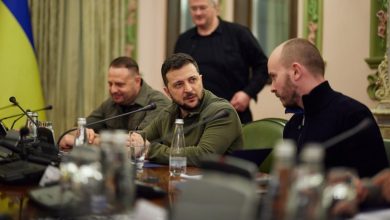 Despite Russia’s atrocities, Zelenskyy will push for peace 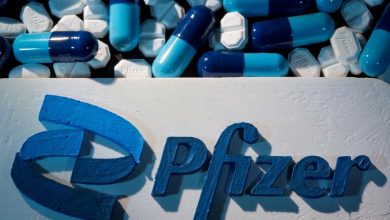