Facebook Twitter LinkedIn Tumblr Pinterest Reddit
LVIV, Ukraine — Russia on Friday widened its military offensive in Ukraine, striking for the first time near airports in the west of the country as observers and satellite photos suggested its troops, long stuck in a convoy outside the capital Kyiv, were found , tried to circle the city.

With the invasion now in its third week, the US and its allies are preparing to step up efforts to isolate and sanction Russia by stripping it of its preferred trade status. The move comes amid growing outrage after a deadly airstrike hit a maternity hospital in Ukraine’s main port city of Mariupol, which has been under an increasingly confining siege for 10 days.

The new airstrikes in western Ukraine were probably a message from Russia that no area was safe. Western and Ukrainian officials say Russian forces have been fighting amid stronger-than-expected resistance and supply and morale problems. So far, they’ve made the most progress in cities to the south and east, while faltering in the north and around Kyiv.

Two Ukrainian soldiers were killed and six people injured during strikes at the West Lutsk airfield, said the head of the surrounding region of Volhynia, Yuri Pohulyayko. In Ivano-Frankivsk, residents were ordered to temporary shelters after an airstrike, Mayor Ruslan Martsinkiv said.

Meanwhile, new satellite photos appeared to show a massive Russian convoy had spread outside the Ukrainian capital into towns and forests near Kyiv, with artillery pieces raised to fire in another potentially threatening move.

The 40-mile line of vehicles, tanks and artillery had assembled outside the city earlier last week, but their advance seemed to falter as reports of food and fuel shortages circulated. US officials said Ukrainian troops also attacked the convoy with anti-tank missiles.

WATCH: Who are the two men at the center of the conflict between Russia and Ukraine?T

Maxar Technologies’ satellite imagery showed the 64-kilometer line of vehicles, tanks and artillery had been moved outside of Kyiv, the company said. Armored units were seen in towns near Antonov Airport, north of the city. Some vehicles drove into woods, Maxar reported, with towed howitzers positioned nearby to open fire.

According to Jack Watling, a research fellow at a British defense think tank, the Royal United Services Institute, it appeared the convoy troops were moving west around the city and attempting to encircle it to the south. “They’re now about halfway to being able to close down south,” he told BBC radio.

He said they are probably preparing for a “siege rather than an attack” on Kyiv because morale and logistical issues remain low.

Britain’s Defense Ministry said that after making “limited progress” due to logistical glitches and Ukrainian resistance, Russian forces were attempting to “recruit and reposition” their troops to prepare for operations against Kyiv.

Moscow also gave new indications that it wanted to bring fighters from Syria into the conflict.

Russian Defense Minister Sergei Shoigu said Russia is aware of “more than 16,000 requests” from Middle Eastern countries, many of them from people who have helped Russia against the Islamic State group, according to a Kremlin memo.

Shoigu did not specify Syria and his figures could not be confirmed. But since 2015, Russian forces have backed Syrian President Assad against various groups opposed to his rule, including Islamic State.

In response to Shoigu, President Vladimir Putin authorized the deployment of “voluntary” fighters and called on his defense minister to help them “move to the combat zone.”

MORE: US bans Russian oil imports as Biden warns of ‘cost’ to Americans

Intensifying pressure on Moscow, the US and other nations were poised to announce later on Friday the revocation of Russia’s trade status as a “most favored nation,” which would allow higher tariffs to be imposed on some Russian imports. Western sanctions have already dealt a severe blow to Russia, with the ruble falling, foreign companies fleeing and prices soaring.

Russian airstrikes also targeted for the first time the eastern city of Dnipro, a major industrial center and Ukraine’s fourth-largest city strategically located on the Dnieper River. At least one person was killed in three strikes early Friday, according to Ukraine’s Interior Ministry adviser Anton Herashenko.

The head of the Kyiv region administration, Oleksiy Kuleba, said a rocket hit the town of Baryshivka, about 20 kilometers east of Kyiv’s main international airport, Boryspil. He reported significant damage to homes, but no immediate casualty count.

That story, along with the ongoing siege of the port of Mariupol on the Sea of ​​Azov, has raised fears of a similar bloodshed in Ukraine.

Russian Defense Ministry spokesman Igor Konashenkov said Russian-backed militants advanced as much as 800 meters from Mariupol from the east, north and west and continued to pressure the city, to the south of which lies the Sea of ​​Azov. Konashenkov said the advance was carried out by fighters from the separatist-held Donetsk region, Russia’s standard line of fighting in the east.

Repeated previous attempts have failed when aid and rescue convoys have been the target of Russian shells, although residents have become increasingly desperate in search of food and fuel.

More than 1,300 people died during the ten-day siege of the city, Vereshchuk said. “They want to annihilate the people of Mariupol. They want to starve them,” she added. “It’s a war crime.”

Residents have no heating or telephone, and many have no electricity. At night, temperatures are regularly below freezing, during the day they hover just above. Corpses are buried in mass graves. The streets are littered with burned-out cars, broken glass and splintered trees.

“They have clear orders to hold Mariupol hostage, to mock it, to bomb and bomb it constantly,” Ukrainian President Volodymyr Zelenskyy said in his late-night video address to the nation on Thursday. He said the Russians launched a tank attack right where a humanitarian corridor should be.

Grocery stores and pharmacies were emptied days ago by people breaking in to get supplies, according to local Red Cross official Sacha Volkov. There is a black market for vegetables, meat is unavailable and people steal gasoline from cars, Volkov said.

Places protected from bombing are hard to find, the basements are reserved for women and children. Residents, Volkov said, attack each other: “People started attacking each other to get food.”

Vereshchuk also announced efforts to create new humanitarian corridors to bring aid to people in occupied or Russian-attacked areas around the cities of Kherson to the south, Chernihiv to the north and Kharkiv to the east.

Around 2.5 million people have fled Ukraine since the invasion began, the International Organization for Migration said on Friday. Around 100,000 people have been evacuated over the past two days from seven cities under Russian blockades in the north and center of the country, including the suburbs of Kyiv, Zelenskyy said.

In addition to those who have fled the country, millions have been displaced from their homes. Kyiv Mayor Vitali Klitschko said about 2 million people, half of the metropolitan area’s population, have left the capital.

“Every street, every house…is paved,” he said. “Even people who never intended to change their clothes in their lives are now in uniform with machine guns in hand.”

Associated Press journalists Felipe Dana and Andrew Drake in Kyiv, Ukraine, as well as other reporters from around the world contributed.

The end of the MLB lockout heralds a changed game 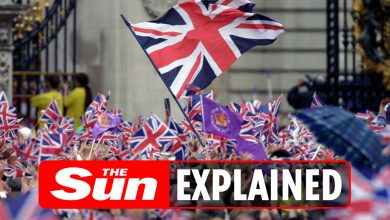 When is Platinum Jubilee Bank Holiday? 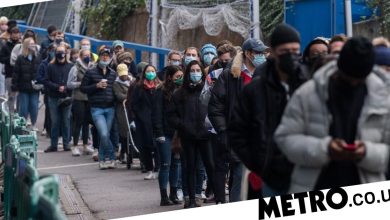 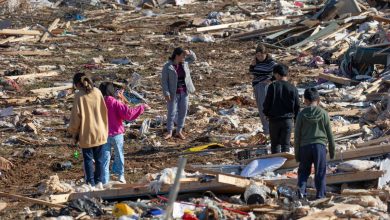 Kentucky man dies of heart attack while cleaning up storm