RUSSIA has released chilling new footage of its 7,000mph Zircon hypersonic nuclear missile, which could hit London in five minutes.

The Kremlin had previously branded the deadly weapon, which carries a conventional or nuclear warhead, as “unstoppable.”

And now chilling footage shows a Mach 9 Zircon or Tsirkon missile being launched, showing how the Russian president could launch a hypersonic nuclear strike on the West.

The clip, showing the missile being launched from the Admiral Gorshkov frigate in the White Sea, was revealed amid veiled threats to Putin and his top officials to go nuclear if any country interferes in his invasion of Ukraine.

In the early morning hours of February 24, he warned of “consequences that you have never experienced in your history,” apparently alluding to his readiness for a nuclear strike.

Over the weekend, his continued decimation of Ukraine struck a military installation near the Polish border and brought the war to NATO’s doorstep. 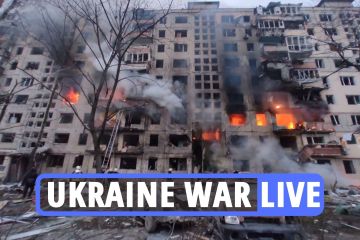 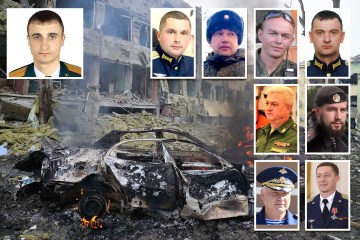 The Zircon will go into service this year after what Putin has described as successful tests.

Russian experts say the missile has “no analogues” in the West.

TV Zvezda – a channel owned by Russia’s Defense Ministry – said of the footage: “The stealth capabilities of Russia’s Zircon hypersonic missile have been revealed…

“The speed of the Zircon hypersonic missile is so high that it prevents the enemy’s air defense system from detecting its impact in time.

“In fact, its launch is only known after the target is hit.”

The missile also has a “variable trajectory” to avoid detection, viewers were told.

“No one will see the rocket launch or its flight. You will only see when the missile hits the target,” said the frigate’s commander, Major Captain Igor Krokhmal.

“A surface target, a coastal target. I don’t think there will be anything to counter that in the next few years.”

Putin said in December: “Zircons are our latest sea-launched missiles at sea and land targets.

“The tests were carried out successfully and without errors.

“This is a great event for our country, a significant step towards improving Russia’s security, increasing (our) defense capabilities.”

It’s now in “mass production,” and he’s previously described the weapon as “truly unparalleled…in the world.”

Although the footage is only now being released, it is believed to date from December and may have been deliberately withheld for later to send chills through the West.

At the time, Putin had boasted of a salvo launch, but no footage was released.

The recent launch coincided with a Kalibr missile launch from the same warship.

The Zircon has been hailed by state-controlled Moscow television as Putin’s weapon of choice to wipe out American cities in the event of nuclear conflict.

However, its range has been estimated at around 650 miles, although Krohmal said it can engage targets as far as 930 miles away.

It will be used first by Russian frigates and later by submarines.

A WARNING TO THE WEST

“We have made progress particularly in the field of hypersonic weapons and (their) based on new physical principles,” he said.

“We now have serious advantages over the leading western countries – and will try to maintain this position.”

In Putin’s statement at the beginning of the war he said: “A few words for those who may be tempted to interfere from the outside in the unfolding events.

“Anyone trying to hinder us and … create a threat to our country and our people needs to know that the response will be immediate and will result in consequences never faced in your history.

“We are prepared for any scenario. All necessary decisions in this regard have been made. I hope you hear me.”

Russia’s Northern Fleet said in a statement that several of its nuclear submarines were involved in drills aimed at “practicing maneuvering in stormy conditions.”

The deadly weapons are capable of exploding people’s lungs by using the oxygen in the surrounding air to create a high-temperature blast.

Except for Russia’s hypersonic missiles extensive military tech Includes a “Star Warrior” weapon capable of launching satellites from orbit and a laser cannon.

It is believed that the “Star Warrior” missile system will fire two-stage interceptor missiles of the 14TS033 type, which in the final version can be armed with a nuclear or kinetic warhead.

And according to military experts, the laser cannon performs the same tasks as anti-missile or air defense.

Man Utd have put Aaron Wan-Bissaka on the transfer list and will allow him to leave in the summer, claims Paul Parker

Chase viewers have the same complaint about the Emmerdale celebrity special 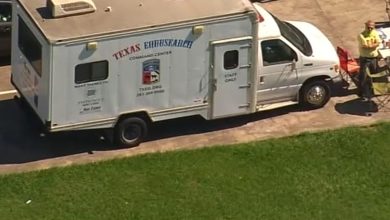 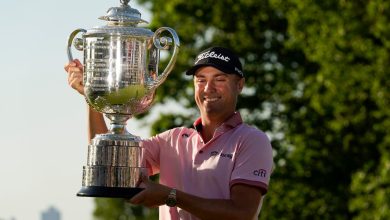 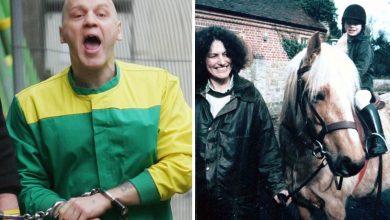